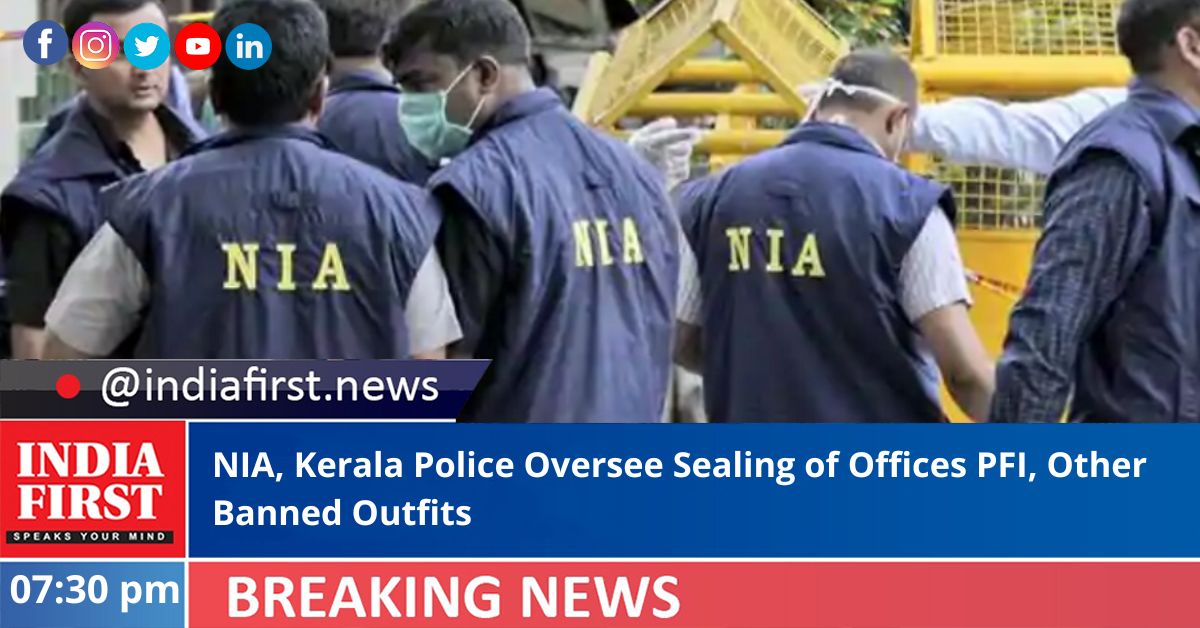 The National Investigation Agency (NIA), along with Kerala police, on Friday reached the Kozhikode office of PFI for the sealing process.

The move comes days after the Minister of Home Affairs banned the Popular Front of India(PFI) and its affiliates for next five years.

Apart from the state party office, similar operations took place in other districts as well.

State revenue officials, who are a part of the team, carried out the sealing, while the NIA and police oversaw it.

Chief Minister Pinarayi Vijayan held a series of meetings with high ranking police officials following which the sealing operations got underway this morning.

Nearly all the top PFI leaders in Kerala are now behind bars here, while some others were detained in the wee hours of Thursday last week and taken to the national capital.

On Thursday, the Kerala High Court also came down heavily on the protesting PFI workers who called for a state wide shutdown last Friday, and asked them to deposit a sum of Rs 5.20 crore for the damage caused.

The government informed the court that 487 cases were registered in the state with 1992 people arrested and 687 taken into preventive custody.