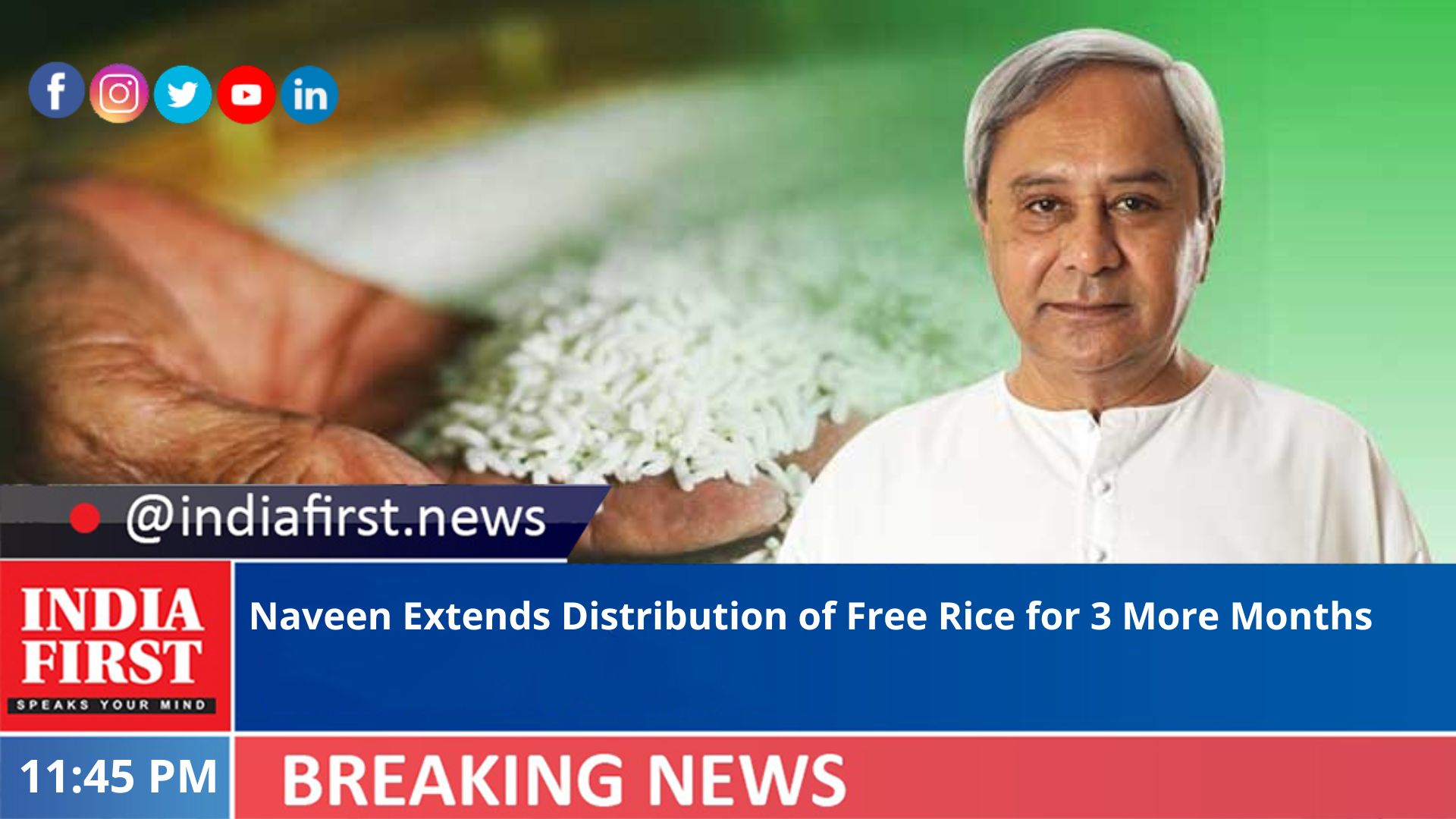 The Odisha government has extended distribution of rice free of cost to the beneficiaries covered under its own State Food Security Scheme (SFSS) for a period of another three months.

Chief Minister Naveen Patnaik has directed officials concerned to extend distribution of additional 5 kg of rice per month free of cost to beneficiaries of the SFSS from October 2022, Chief Minister’s Office (CMO) said in a statement on Saturday.

The benefit of five kg free rice was earlier extended for the beneficiaries of the State Food Security Scheme from December, 2021 to March, 2022 and again for another six months (April to September, 2022).

About 9.05 lakh beneficiaries of 2.92 lakh families covered under the scheme will be benefited from this move. For this purpose, the state government will distribute 13,575 tonnes of rice from the state pool with an expenditure of Rs 49 crore from its own fund, it said.

Under the PMGKAY, the Centre also provides an additional five kg of rice or wheat per month to beneficiaries of the NFSA over and above their usual monthly quota for free.