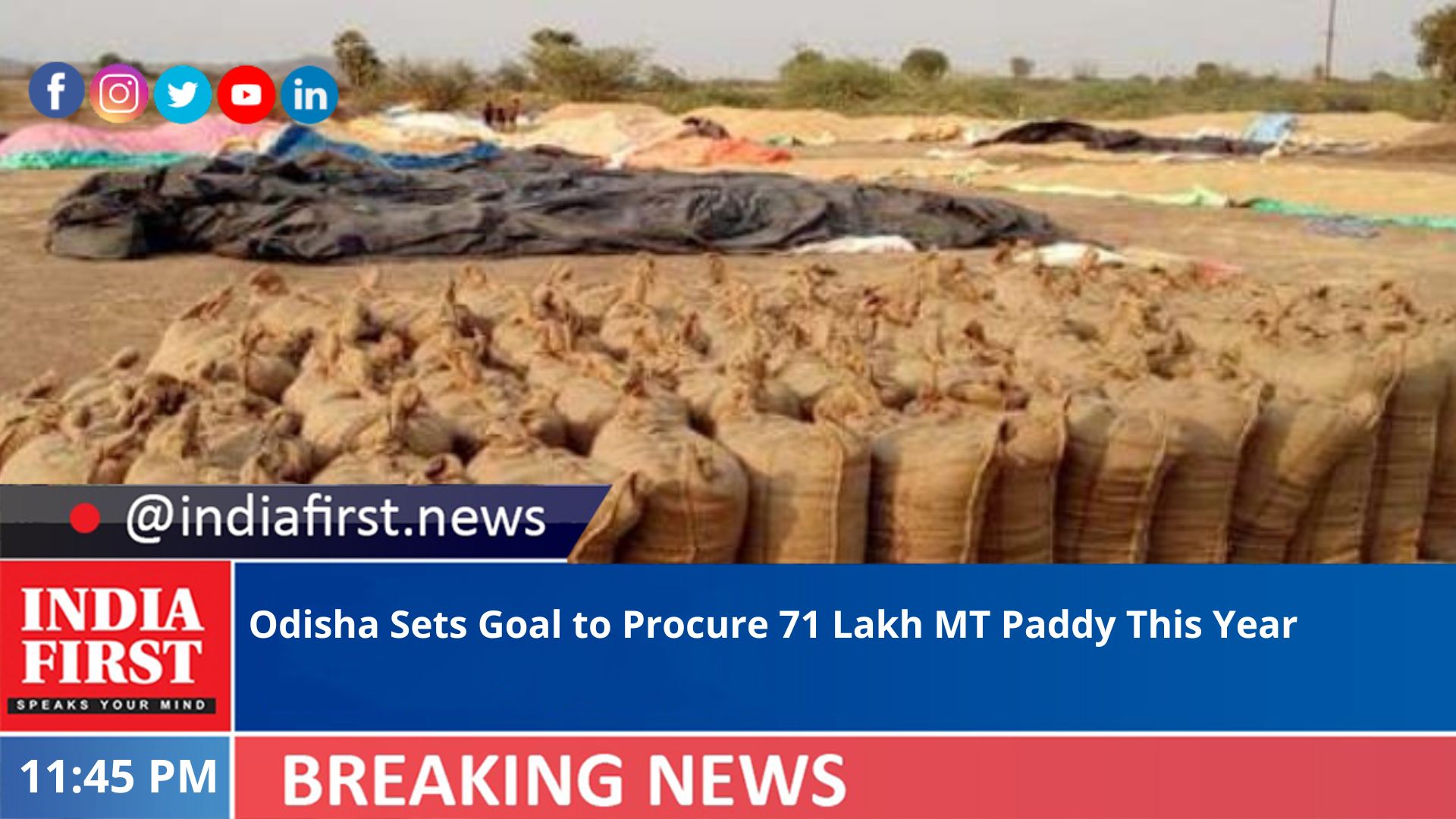 The procurement season would commence from November 1 and continue till June next year. The government will procure paddy during Kharif and Rabi seasons separately during the period. In terms of rice, this comes to around 48 LMT, said Chief Secretary S.C. Mahapatra.

Under the policy, the state’s Food Supplies and Consumer Welfare Minister has been authorised to revise this target if the need arises, he informed.

Odisha State Civil Supplies Corporation (OSCSC) will procure paddy in all districts. Payment of farmers’ dues on account of paddy sold to the government shall be transferred directly to their bank accounts through online mode within 24 to 48 hours of the sale of paddy, said the chief secretary.

Odisha requires 22 LMT of rice annually for its PDS. Surplus rice will be delivered to Central Pool through the Food Corporation of India (FCI).

As per the decision, out of total of 2,000 marks, 1,750 for written tests and 250 is for personality test. The written test includes Odia, English, Essay, General Studies-I, II, III, IV and Optional Subject Paper-I & Paper-II. All written test papers consist of 250 marks.

The candidate will require more time to adapt to the revised pattern of the examination. As such it has been proposed to revise the attempt to appear for the examination also, said Mahapatra.

Now, the unreserved category (UC) students can appear for the test for six attempts while SEBC candidates can appear for nine times. There is no limit for the SC & ST category students, he said.

Moreover, the cabinet has approved the proposal to merge the directorates of mining & geology administration under the Steel & Mines department.