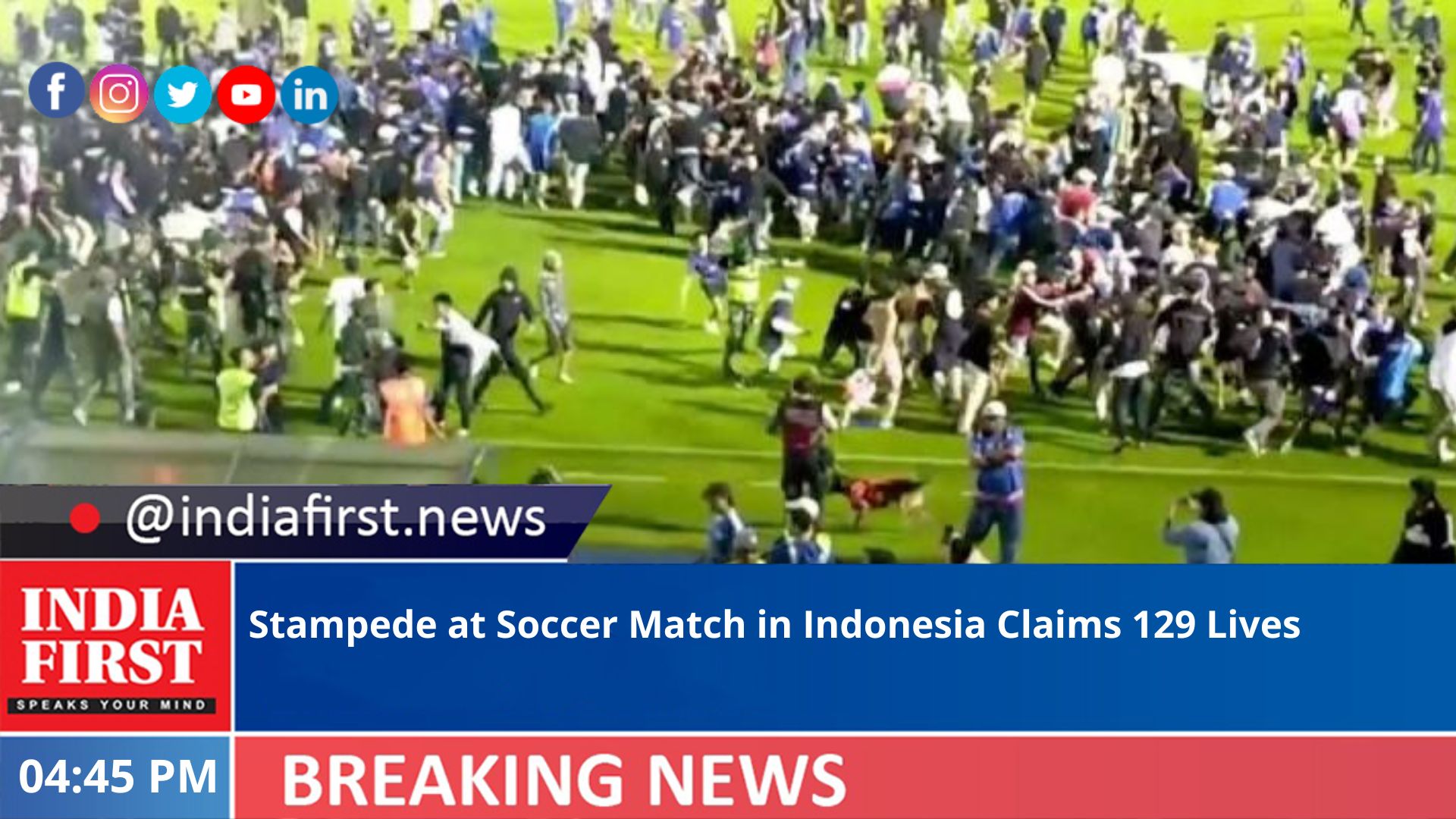 At least 129 people were killed and 180 others injured after a stampede and clashes at a football match in Indonesia’s Malang, East Java province, Indonesian Police said on Sunday.

Two policemen were among deceased persons in the incident, he added.

Afinta said that preliminary findings showed that most of the deaths were due to the stampede, while other people may have died because of breathing difficulties.

“Nearly 34 people died inside the stadium and the rest died in hospital,” he added.

According to the police official, a large number of supporters of the losing team refused to accept the defeat of the game and climbed over the fence and entered the football pitch, resulting in clashes with the Police and a stampede.

According to local media reports, supporters of both football teams brawled and fought inside the stadium, and riot police fired tear gas at them, which caused panic among crowds. People scrambled to leave the stadium, leading to a stampede at an exit.

Indonesian Youth and Sports Minister Zainudin Amali apologised for the incident, said authorities will investigate into the clashes and reassess the organisers’ management and security measures at the Indonesian football tournament.