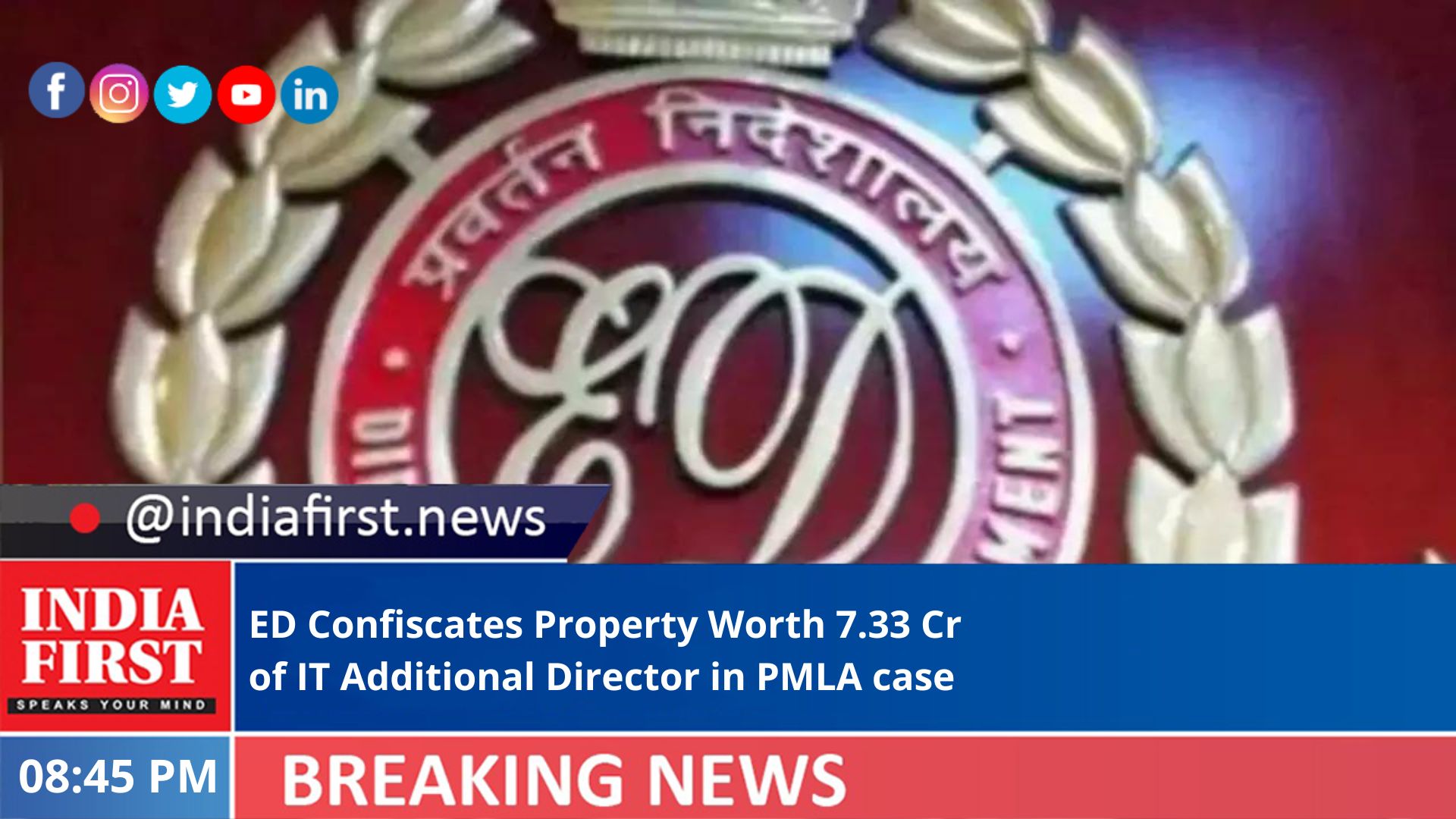 The Enforcement Directorate (ED) on Monday said it has attached immovable property worth Rs 7.33 crore linked to the disproportionate assets case registered against Andasu Ravinder, additional director of income tax who was compulsorily retired from service by the Finance Ministry under Sec 56 J of the Central Civil Services Conduct rules.

The ED initiated a money laundering investigation on the basis of the FIR registered by the CBI, against Andasu Ravinder, who along with his wife Kavitha Andasu, in collusion with other accused persons amassed wealth in his name and in the name of his wife from 2005 to 2011. It was disproportionate to the known sources of income of Ravinder and Kavitha. The total assets amounted to Rs 2,32,20,296. They had failed to prove that it was their hard earned money.

Thus, it was charged that the assets acquired by Ravinder in his name and in the name of Andasu and in the name of Sri Raviteja Trading Pvt. Ltd., Hyderabad during the ‘check period’ were found to be disproportionate to the known sources of income.

“Ravinder and others pursuant to a criminal conspiracy concertedly indulged in the criminal act of generation and possession of accretions disproportionate to the known sources of income of Ravinder and his wife. During the check period from 2005 to 2011, disproportionate amount of Rs.2,32,20,296 was generated and was invested in five immovable properties. Thus, the said immovable properties having present market value of Rs 7,33,81,701 derived from the Proceeds of Crime defined under Section 2(1)(u) of PMLA were provisionally attached,” said the official.

The ED said that earlier in the same case, an illegal gratification of Rs 50 lakh alleged to have been delivered to Ravinder at his residence relating to certain favours extended by the official in resolving tax related disputes was provisionally attached.