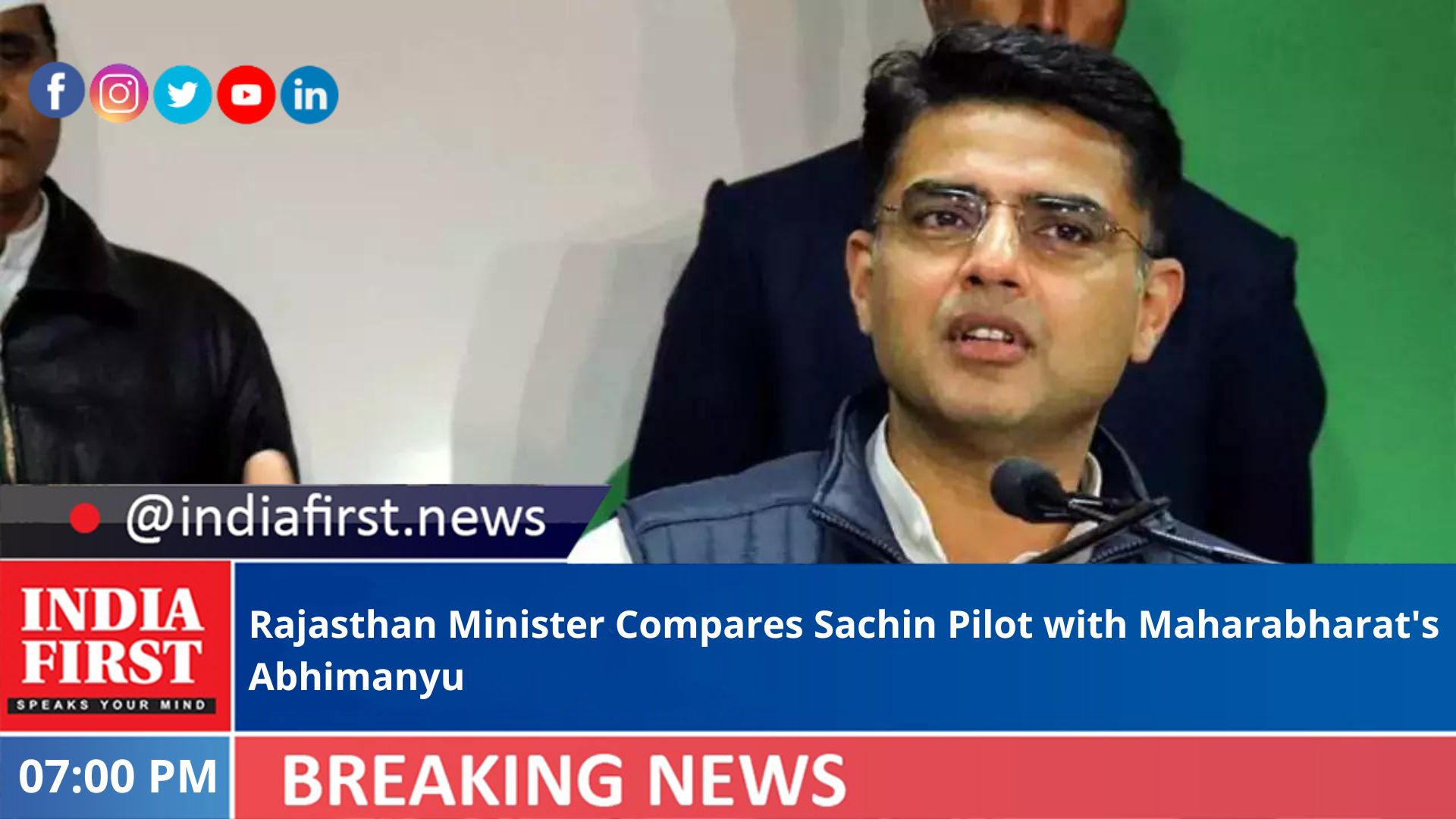 Rajasthan Minister Rajendra Gudha on Tuesday once again advocated for appointing Congress leader Sachin Pilot the Chief Minister, while comparing the former deputy chief minister with Mahabharat character Abhimanyu, the son of Arjuna who was killed by plotting a conspiracy.

“If 5 MLAs going to Manesar can be made ministers, why can’t Pilot be made the CM?” he said, claiming that there was a conspiracy against Pilot.

“As Abhimanyu was killed by a conspiracy of big masters in Mahabharata, a similar plot has been chalked out against Pilot,” Gudha said while addressing a programme in Udaipurwati.

“If the MLAs do not not listen to the Chief Whip, then the membership goes away. However, those who (in an oblique reference to C.P. Joshi) have the right to end the membership of the MLAs conspired against Pilot and became a party to the other side (Gehlot camp).

“However, Congress president Sonia Gandhi, her son Rahul, and Priyanka Gandhi also lent their ears to Pilot. If he (Pilot) does something, he is called traitor, but if they repeat it, they want to be called as loyalist,” Gudha added.

“The language used for Pilot is wrong. When all people made him a target, I couldn’t stop myself. I said this is wrong. Those who went to Delhi with Pilot entered the other camp and you made these five MLAs as ministers, then why can’t Pilot be made the CM?” he wondered.