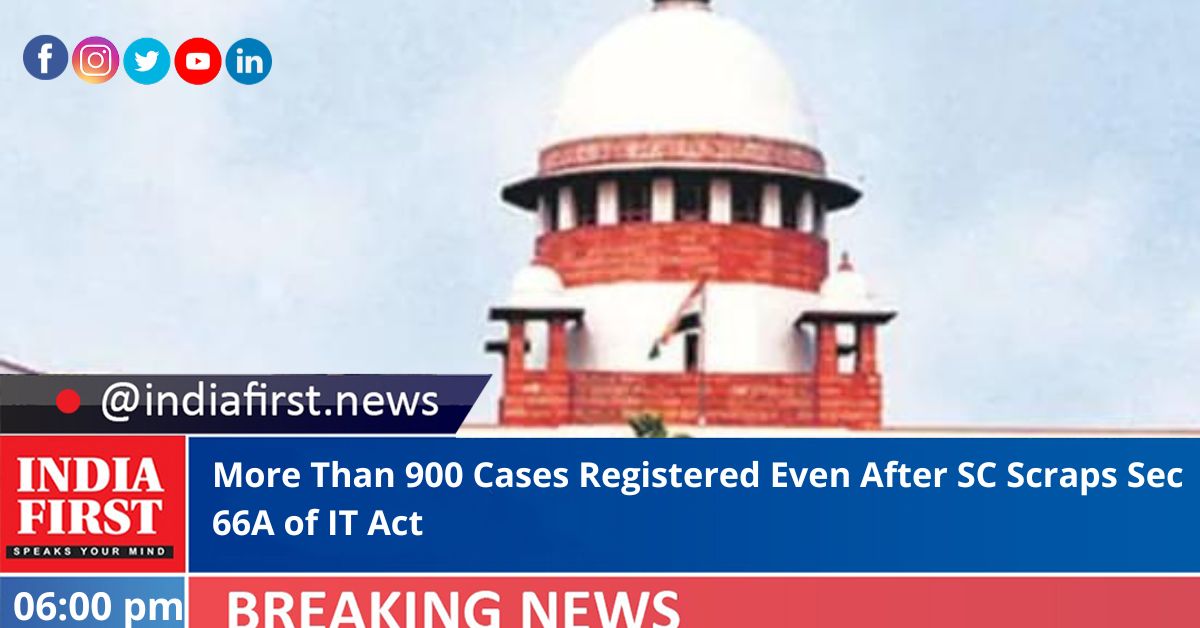 Seven years ago, the Supreme Court struck down Section 66A of the IT Act 2000. Ironically, law enforcement agencies and judicial officers were oblivious to this significant ruling and as a consequence, several hundred cases were registered under the Section even after the apex court declared it unconstitutional. Moreover, the trials in some of these are under progress.

The Centre submitted an all-India status report on pending cases under Section 66A in the Supreme Court – which provided data on the number of cases and their status in various states and Union Territories. It had prepared the report in response to the court’s direction on September 6.

According to data provided by some states, more than 900 cases were registered under Section 66A after the apex court declared it unconstitutional on March 24, 2015, and trials are in progress in some cases.

After going through the report, a bench headed by Chief Justice U U Lalit said: “Such criminal proceedings, in our view, are directly in the teeth of the directions issued by this court in Shreya Singhal versus Union of India (2015).”

Registration of cases and prosecution in court under Section 66A shows that the law enforcement agencies and judicial officers, who are responsible for upholding the rule of law, were unaware of the apex court judgment and the common man had to bear the brunt of this lack of awareness.

On Wednesday, the apex court reiterated its 2015 ruling that Section 66A was unconstitutional and no citizen could be prosecuted for its alleged violation.

On September 6, senior advocate Sanjay Parikh, representing the petitioner, NGO People’s Union for Civil Liberties (PUCL), had submitted that there was a judgment given in Shreya Singhal in 2015, which struck down Section 66A, however still there are many public prosecutors and police officers charging people under it and that is why this application was filed.

Section 66A made sending of offensive messages through a computer device for the purpose of causing annoyance, inconvenience, danger, obstruction, insult, injury, criminal intimidation, enmity, hatred or ill will etc as punishable offence up to three years of jail and with fine.

The top court had then said it is a matter of serious concern that despite the judgment, cases are still being registered under Section 66A.

It issued notice to all state governments and the high courts, and asked the Central government to tell Chief Secretaries to take remedial measures as soon as possible. The NGO had moved the top court seeking direction to Centre to advise all police stations against registering FIRs under Section 66A.