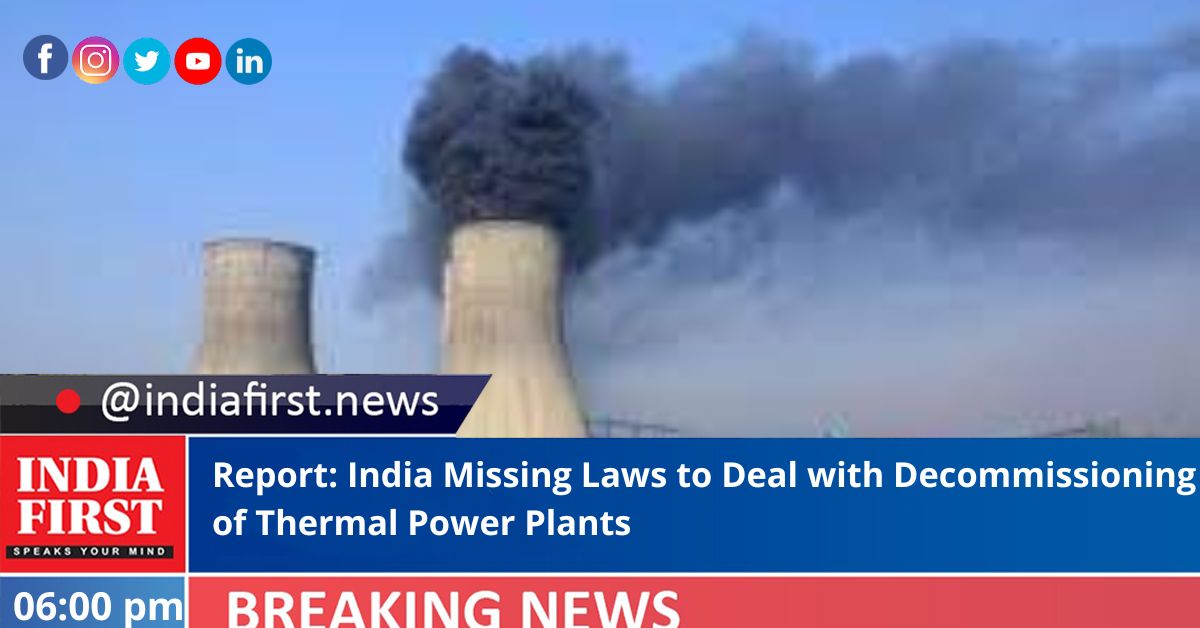 The International Forum for Environment, Sustainability and Technology (iFOREST) on Wednesday released its latest report that assesses the adequacy of existing environmental, land and labour laws in India to deal with the decommissioning of a coal-based thermal power plant (TPP) and other industries.

Titled ‘Just Transition of coal-based power plants in India: A policy and regulatory review’, the report was released at a webinar attended by representatives of pollution control boards, the thermal power industry, labour unions, researchers and NGOs.

At the webinar, Chandra Bhushan, President and CEO, iFOREST said, “If the Ministry of Power’s advisory to retire coal-based generation units of over 25 years of age is implemented, then as much as 50,000-60,000 MW capacity will have to retire by 2030. Therefore, it is important to ask if the country is prepared to decommission such large capacities and ensure a just outcome for the environment, labour and dependent communities.”

The report finds that there are no laws in India that mandate decommissioning, remediation and repurposing of a coal TPP after its retirement.

“A power plant site can remain ‘as-it-is’, as there are no laws that can force a plant owner to dismantle the plant, clean up the site and set up a new facility. Unlike the mining sector, power plants and industries are not required to prepare decommissioning plans,” explained Mandvi Singh, Programme Lead, iFOREST and the lead writer of the report.

“The existing laws and regulations related to the environment, labour, land and finance are either ambiguous or are silent on decommissioning, leaving enough space for nonstandard approaches.”

Speaking on the occasion, D.V. Lakshmipathy, CGM (Badarpur), NTPC Limited, shared the experience of the Badarpur thermal power station closure, and stated, “As the retirement of power plants are likely to increase in the future, clear guidance on financial aspect is needed.

“Financing is a concern as power purchase agreements do not have provisions for decommissioning costs. A clear directive from CERC in this context is needed.”

Also speaking at the release, Nazimuddin, Scientist F at the Central Pollution Control Board (CPCB), said, “CPCB is working towards finalizing the draft environmental guidelines on the closure of thermal power plant as per the directions of the National Green Tribunal (NGT).”

On land issues, Namita Wahi, Founding Director, Land Rights Initiative/Senior Fellow, Centre for Policy Research, highlighted the importance of involving communities in deciding the fate of the land after closure.

“It is important to engage local community in the land repurposing decision, especially in context of forest land. They must be included in any formal mechanism developed for deciding on the fate of the decommissioned power plant land, because these lands were initially taken away from them.”