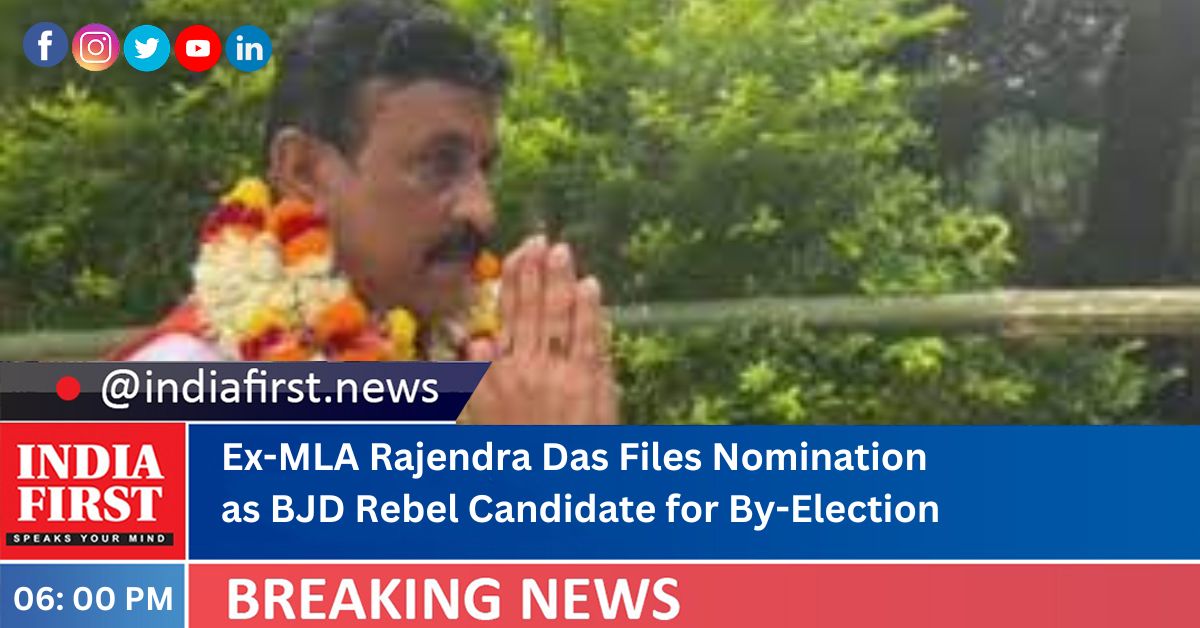 Revolting against the party, former BJD MLA Rajendra Kumar Das on Friday filed his nomination as an independent candidate for the by-election to Dhamnagar (SC) Assembly constituency in Odisha’s Bhadrak district.

After denying party ticket for the by-poll, Das along with his supporters submitted his nomination papers before the returning officer. BJD official candidate Abanti Das has also filed her nomination for the be-poll on the last day of nomination, Friday.

Former MLA Das claimed that he had the support of the people of Dhamnagar and hoped to win the by-election.

“I lost the 2019 elections narrowly (to BJP’s Bishnu Charan Sethi) as a group conspired against me. I will fight the by-election with the blessings of the people, especially elders, to serve Dhamnagar,” Das said.

BJD MLA and party observer for Bhadrak district, Pranab Balabantray said the filing of nomination by Rajendra Kumar Das would have no impact on election as people are with the BJD and Naveen Patnaik.

As October 17 is the last date for withdrawal of candidature, the real fight for the by-poll will be known after the deadline.