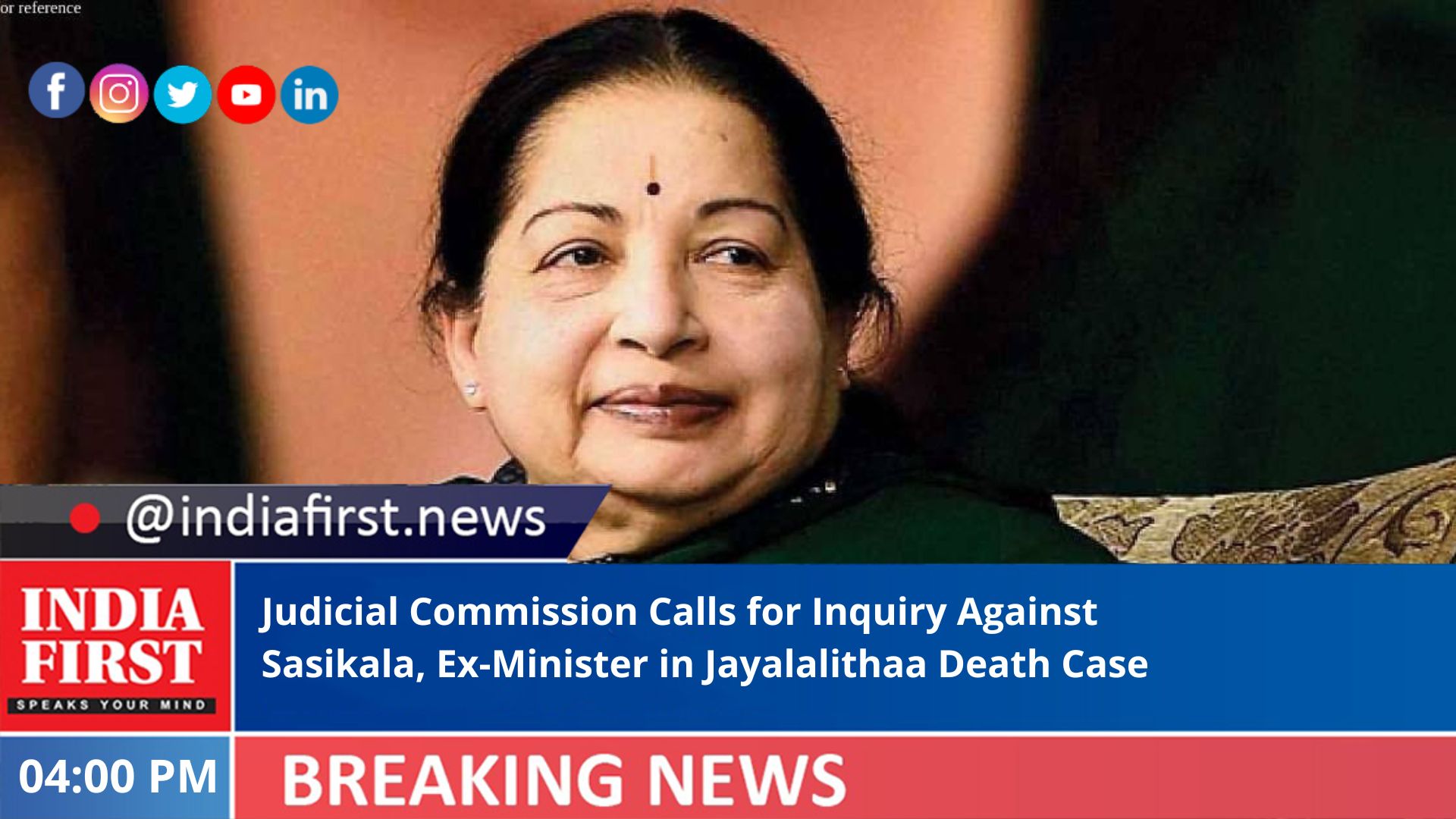 The commission tabled its report in the Tamil Nadu Assembly on Tuesday.

The state government had formed the commission to investigate the circumstances leading to the death of former Chief Minister since her hospitalisation on September 22, 2016.

The commission in its report cited eye witnesses as claiming that the death of Jayalalithaa had taken place on December 4 instead of December 5 when Jaya’s death was officially announced.

The Arumugsamy commission had earlier presented the report to the Chief Minister M.K. Stalin.

The report questioned as to why the former Chief Minister was not taken abroad for treatment even after Dr. Richard Beale was prepared to take Jayalalithaa abroad.

The report also said that even after eminent doctors from the UK and the US, who had reached Apollo hospital on the invitation from the state government had suggested angioplasty, it was not conducted. The report said, “They (hospital) successfully threw it to the wind on the pretext of postponing it to achieve their aim under some pressure. Hence, investigation is to be ordered.”

The Commission in its report said, “The Commission considering the above aspects is to come to no other conclusion but to indict R.1 (V.K. Sasikala).

The Commission further said, “From all these aspects, the commission concludes that R.1- VK Sasikala, CW. 17- KS Sivakumar, CW1366- Dr. J. Radhakrishnan, then health secretary and CW146-A Dr. C. Vijyabhaskar, the then health minister has to be found fault with and an investigation is to be ordered.”