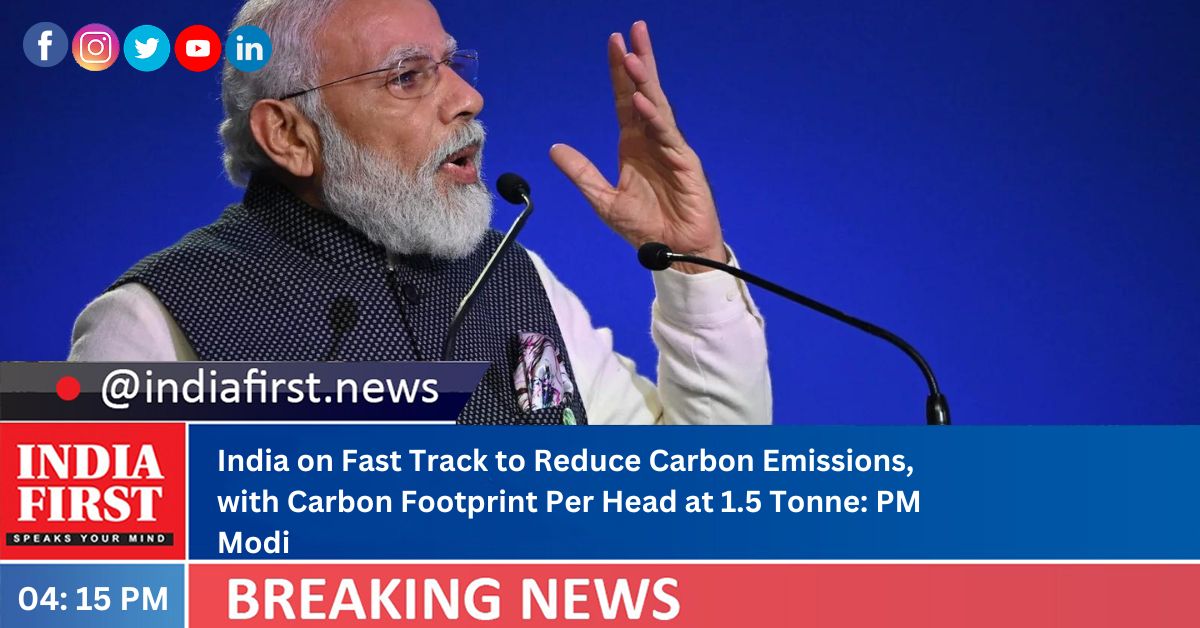 Prime Minister Narendra Modi on Thursday said India’s carbon footprint is 1.5 tonne per head, compared to the world’s four tonne per head as the country is moving fast to reduce carbon emissions by installing renewable energy systems and other options.

Giving brief idea about the Mission LiFE, the Prime Minister said it is mass movement towards protecting and preserving environment by bringing changes in daily life style.

Citing an example, he said a person drives car for five km to reach gym, by doing so, he is adding to the carbon emission, instead if he runs up to the gym, it will help in protecting the climate.”

“Few years ago, the country decided to switch over to LED bulbs and installed 160 crore bulbs in year leading to reduction in carbon emission by 10 million tonne. This benefit is going to last for years to come,” he said.

Addressing the gathering, Guterres said, “G-20 has resources and power to end the war against nature. It can lead the world towards sustainable living.”

He also said that the G-20 countries account for 80 per cent of global greenhouses that emit gas, but at the same time it also contributes to world’s 80 per cent GDP.