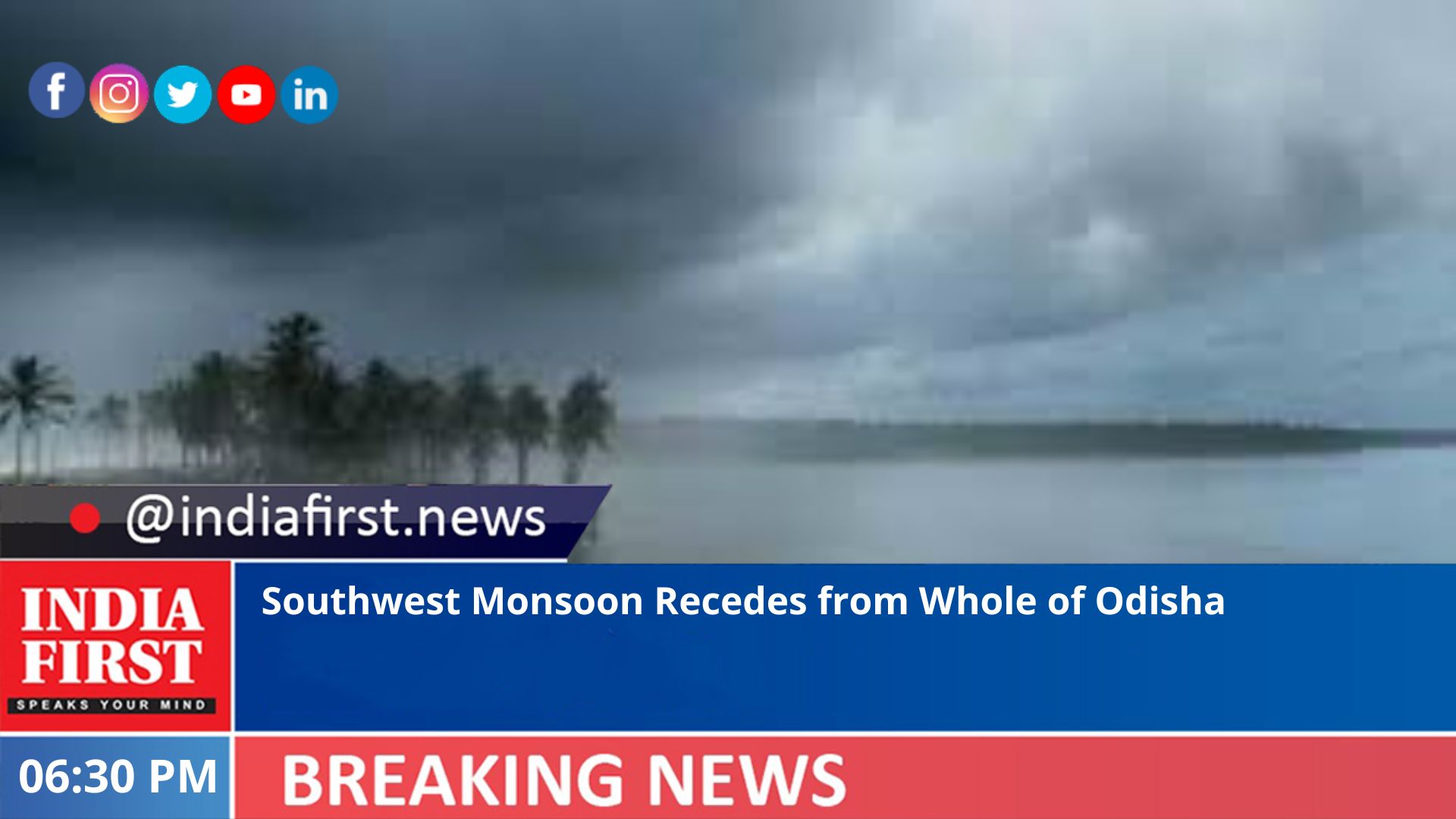 The southwest monsoon has withdrawn from entire Odisha on Friday, the IMD’s Bhubaneswar Meteorological Centre said.

The monsoon arrived in Odisha on June 16 this year.

Subsequently, the system is very likely to recurve gradually northwards and intensify into a cyclonic storm over west-central and adjoining east-central Bay of Bengal by October 24.

Thereafter, it is likely to move north-northeastwards and reach near West Bengal-Bangladesh coasts on October 25, skirting the Odisha coast, it said.

Briefing media persons, Special Relief Commissioner P.K. Jena said the cyclone is likely to pass about 200 km away from Dhamara in Bhadrak district. Under its impact, coastal areas of Jagatsinghpur, Bhadrak and Balasore districts may witness a wind speed upto 50 to 60 kmph while the wind speed will be 30 to 40 kmph in some interior pockets of the coast, he said.

Heavy rainfall would occur in some pockets in coastal Odisha on October 24. However, he said, there is no need to panic. The state government has asked all coastal districts to remain on alert, the SRC said.

In the precautionary measure, teams of National Disaster Response Force (NDRF), Odisha Disaster Rapid Action Force (ODRAF) and fire service will be deployed in strategic locations so that they can do the needful in case of any eventuality, Jena said.