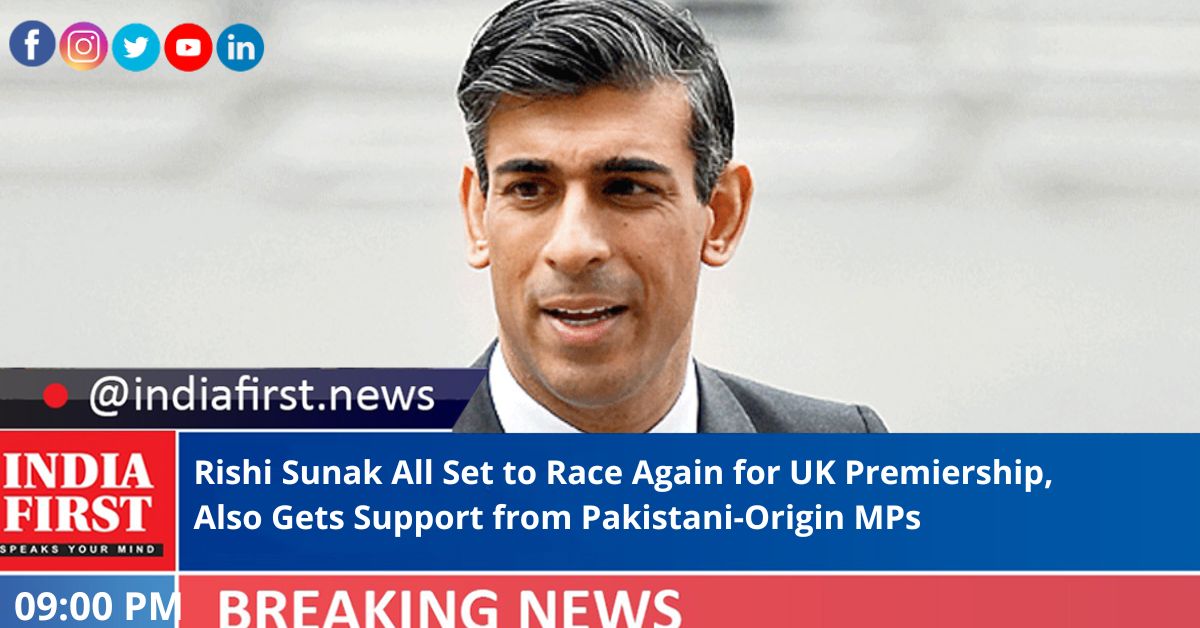 Conservative UK politician of Indian descent Rishi Sunak has confirmed he is standing for the leadership of the ruling Conservative party and in effect the prime ministership of Britain.

Taking to Twitter, he said: “The United Kingdom is a great country but we face a profound economic crisis.”

He added: “I want to fix our economy, unite our party and deliver for our country.”

Among those who have lined up behind Sunak are Sajid Javid, who has served as home secretary and chancellor of the exchequer in the British government in the past, and Rehman Chishti, who has been a junior minister before.

The lawmakers in the Johnson camp are Priti Patel, who was previously home secretary, Alok Sharma, who has been a cabinet minister in the last two UK governments, and Shailesh Vara, who has has the longest stint as an MP among Conservative lawmakers of Indian descent.

It was not clear, though, if Johnson had obtained the endorsement of 100 MPs, a minimum requirement to qualify for the contest, which Conservative Home website documented Sunak comfortably had.