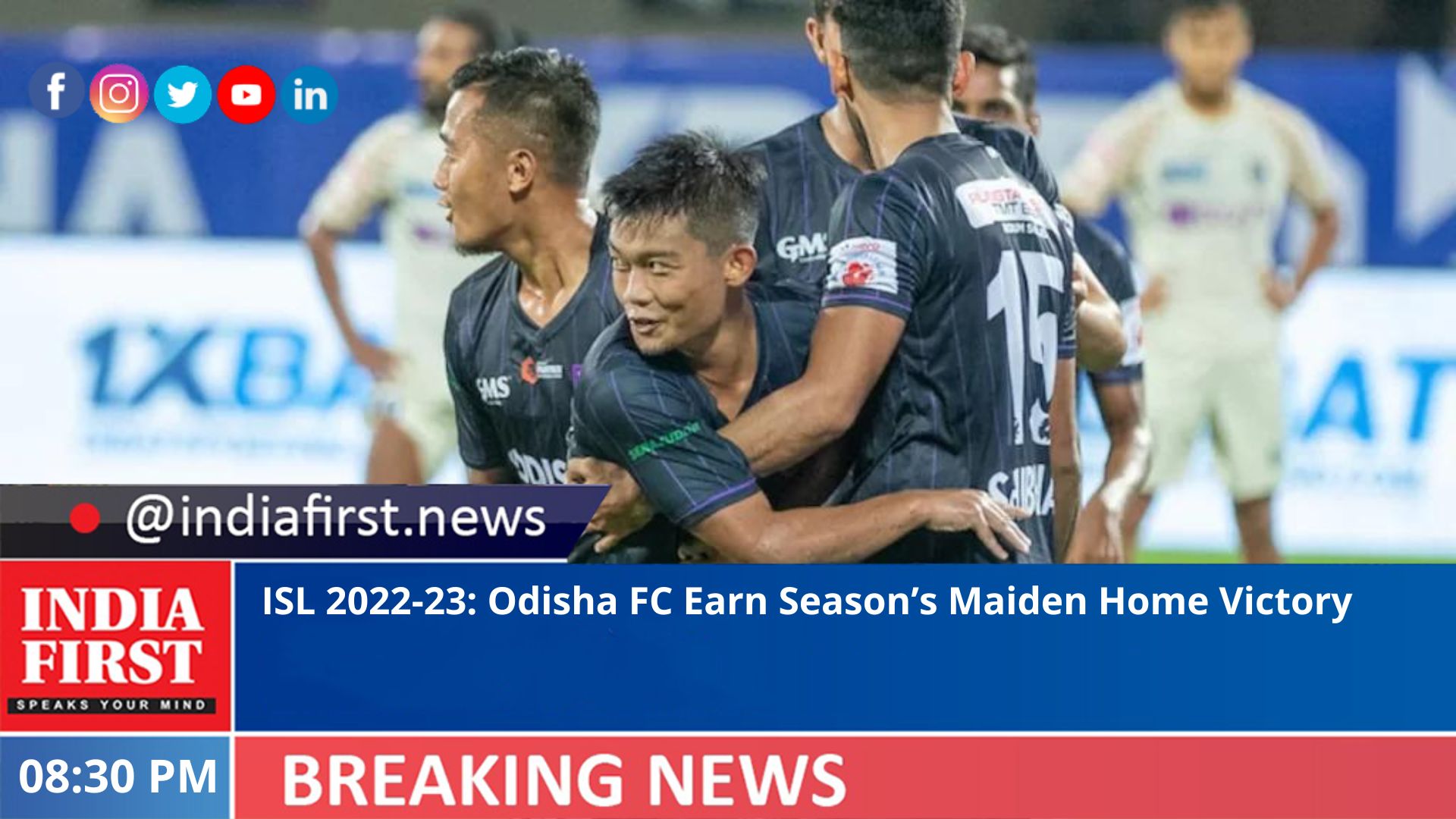 Odisha FC secured all three points against Kerala Blasters with a dramatic 2-1 comeback win in the Indian Super League (ISL) at the Kalinga Stadium here on Sunday.

This is Odisha FC’s first home win. Harmanjot Khabra scored in the 35th minute before Jerry Mawihmingthanga equalised in the 54th minute and substitute Pedro Martin won it for the Juggernauts in the 86th minute.

Odisha FC made one change to the side that lost to Mumbai City FC. Thoiba Singh replaced Raynier Fernandes in the midfield as they retained their 4-3-3 formation with Diego Mauricio up top. Kerala Blasters FC fielded the same eleven that lost against ATK Mohun Bagan as Ivan Kaliuzhnyi retained his place up front alongside Dimitrios Diamantakos.

The ball was in the Kerala Blasters’ net after seven minutes, but the goal was disallowed. Mauricio cut in from the left flank before getting his shot away from an extremely acute angle. The effort was parried by Prabhsukhan Gill before it reached Isaac Chhakchhuak.

The midfielder’s goal-bound shot was blocked by Gill before Mawihmingthanga tried to tap it in from close range. The goal was chalked off because Gill had a glove on the ball when Jerry toe-poked it into the net.

Halfway through the first half, the Blasters scurried to clear an Odisha FC corner. The ball found its way to Thoiba, whose shot from the edge of the box forced a brilliant save out of the Blaster’s shot-stopper.

The visitors got their noses in front ten minutes before half-time. Adrian Luna played a short corner to Lalthathanga Khawlhring before whipping a brilliant in-swinging ball from the left flank. Khabra sprung the offside trap and broke the deadlock with a thumping header.

The Juggernauts almost equalised three minutes later from a corner, Isaac curled the ball in towards the far post. Saul Crespo, under pressure from Khabra, saw his header fly narrowly wide of goal.

Two minutes into the second half, Mawihmingthanga’s cross from the right wing was poked at goal by Mauricio. However, Gil was positioned well and pushed the effort onto the post before it was cleared to safety.

It was all square in the 54th minute when Shubham Sarangi’s long throw from the right was flicked on by Osama Malik in a chaotic penalty area before Carlos Delgado’s shot was parried into the path of Jerry and the 25-year-old made no mistake tapping it in from close range.

A minute from the hour mark, Luna’s inswinging ball from the corner caught the Odisha FC defense off-guard. Amrinder Singh, at full stretch, could not get a glove on it and was relieved to see the ball hit the far post and roll out for a goal kick.

The game turned on its head in the 86th minute. Amrinder lofted the ball towards the final third, where substitute Pedro Martin took it down with a deft touch before smashing it past Gil with aplomb to give Odisha FC their second Hero ISL win over Kerala Blasters FC.

The Juggernauts are now third in the ISL with six points, just a point off the top. They will host Bengaluru FC on October 27. Meanwhile, The Blasters are now ninth with just three points and will travel back home to welcome Mumbai City FC on October 28.