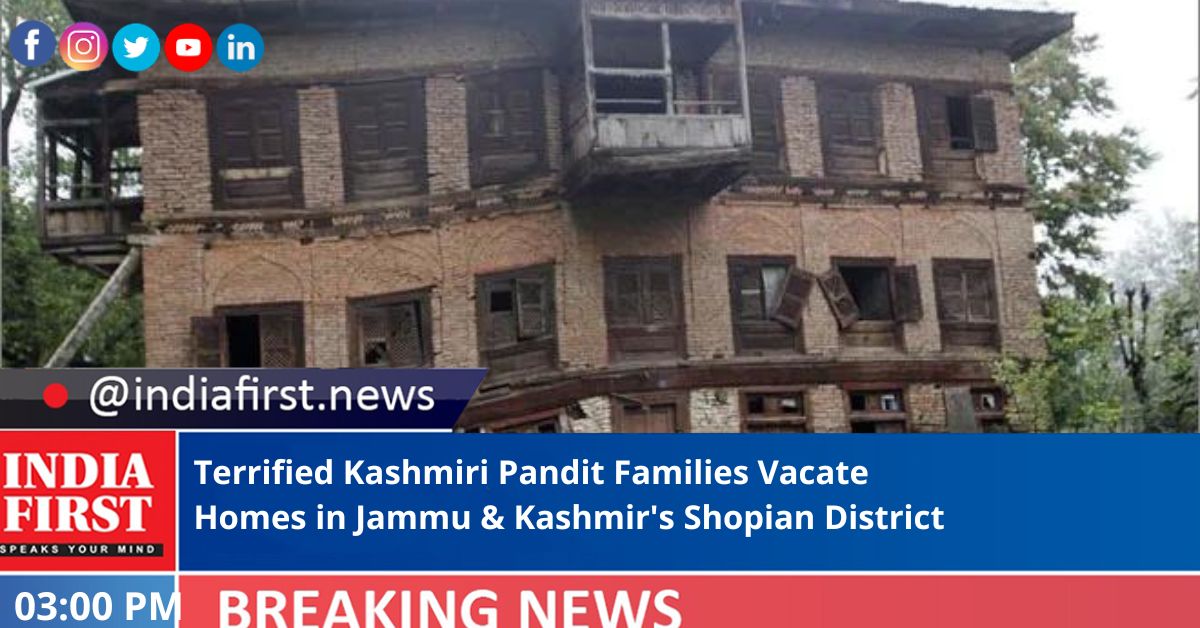 Driven by fear in the aftermath of Kashmiri Pandit Puran Krishan Bhat’s killing by terrorists, about 10 families of local Pandits have left their homes in Jammu and Kashmir’s Shopian district and shifted to Jammu.

Bhat was killed by terrorists outside his home in Chaudharygund village of Shopian district on October 15.

Reports said in the aftermath of Bhat’s killing about 10 families comprising 35 members have left their ancestral homes in Chaudharygund village and shifted to Jammu.

These families have left behind everything, including this year’s apple crop.

On October 18, two non-locals, Monish Kumar and Ram Sagar were killed by a lone terrorist who hurled a grenade at the rented accommodation where the two were asleep.

Acting swiftly, police arrested the terrorist, who was later killed in terrorist firing on the security forces when they were proceeding for another operation on the disclosure made by the arrested terrorist.