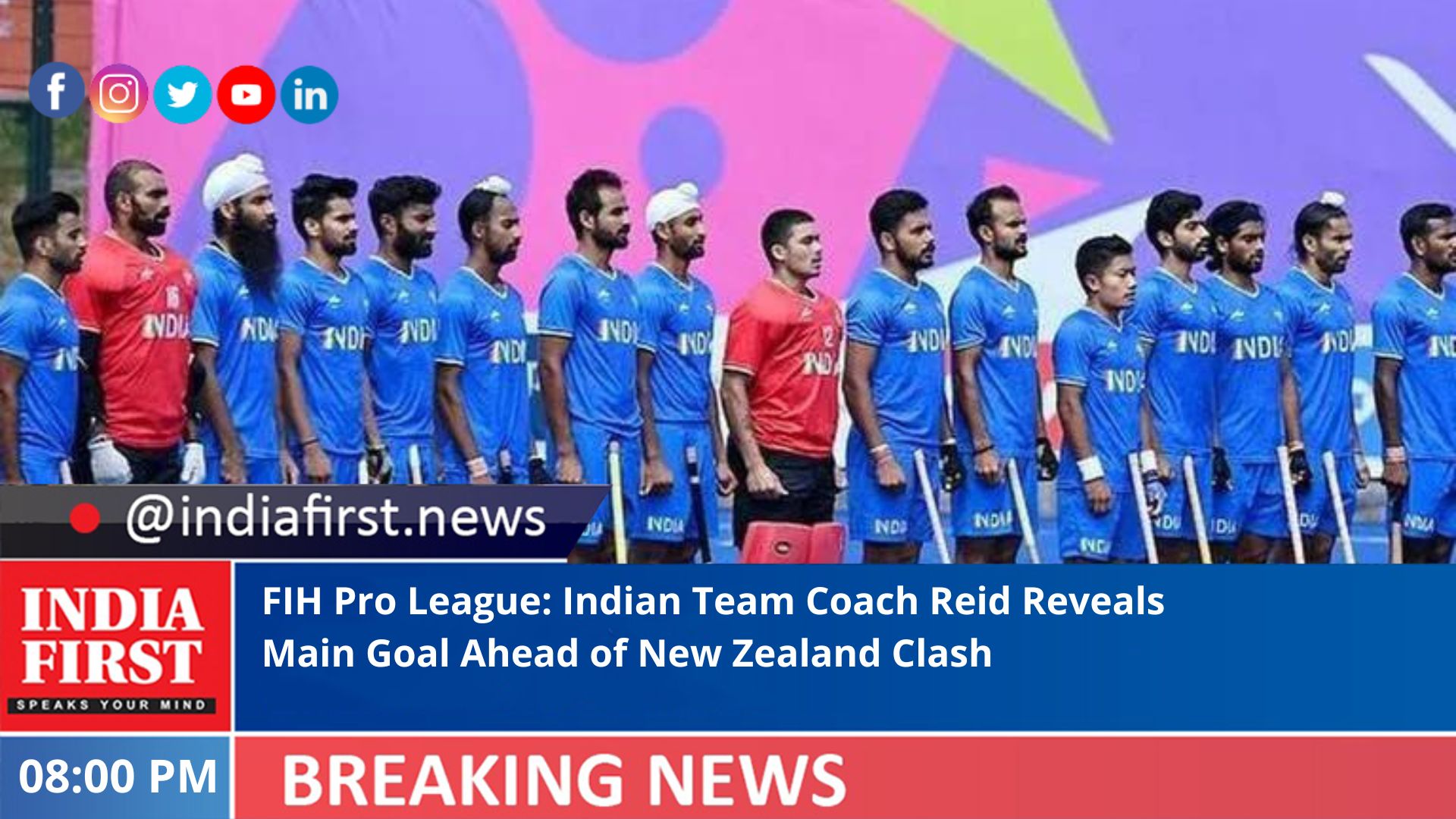 Indian Men’s Hockey Team are all-set to take on New Zealand in the opening game at the FIH Men’s Hockey Pro league 2022-2023 which gets underway on Friday at the iconic Kalinga Hockey Stadium, which is also the venue for the most-awaited FIH Odisha Hockey Men’s World Cup Bhubaneswar-Rourkela 2023.

Talking about their preparedness to take on New Zealand in game no.1, Indian Men’s Hockey Chief Coach Graham Reid said, “It’s been busy last couple of weeks preparing for the four games we will play in the Pro League and the five-matches against Australia in Adelaide in a Test Series next month.”

“All these matches are part of our preparations for the World Cup. Our goal of course is to play our best hockey but we want to be better in our attacking, we want to try a few new things in the way we execute our attack. We are looking forward to these games.”

In their second match, India will take on Spain on October 30. On the following week, India will play their second tie against New Zealand on November 4 and play Spain on November 6. “Last season went very well for us and the aim is to pick up from where we left in the previous season,” expressed Captain Harmanpreet Singh who also happens to be the top scorer of the previous season of FIH Pro League.

“Right from the first match we want to build the right momentum into the new season. These are extremely important matches for us ahead of the big event in January,” Harmanpreet added.

Speaking about facing India at home, New Zealand Head Coach Greg Nicol said, “With the World Cup happening here in the next few months, playing these away games in Pro League matches in Odisha is a massive plus so our players can understand the atmosphere and the conditions here.”

“India is performing consistently in all major tournaments, they did well in the Olympic Games and the Commonwealth Games. We need to be on top of our game if have to do well against a team like India. Missing out on the Pro League last year was a big setback, having International exposure is very important for us. But we don’t want to look too much into the past and focus on this season, we just need to work on going up the chain from being one of the bottom-ranked teams in the League,” Nicol added.