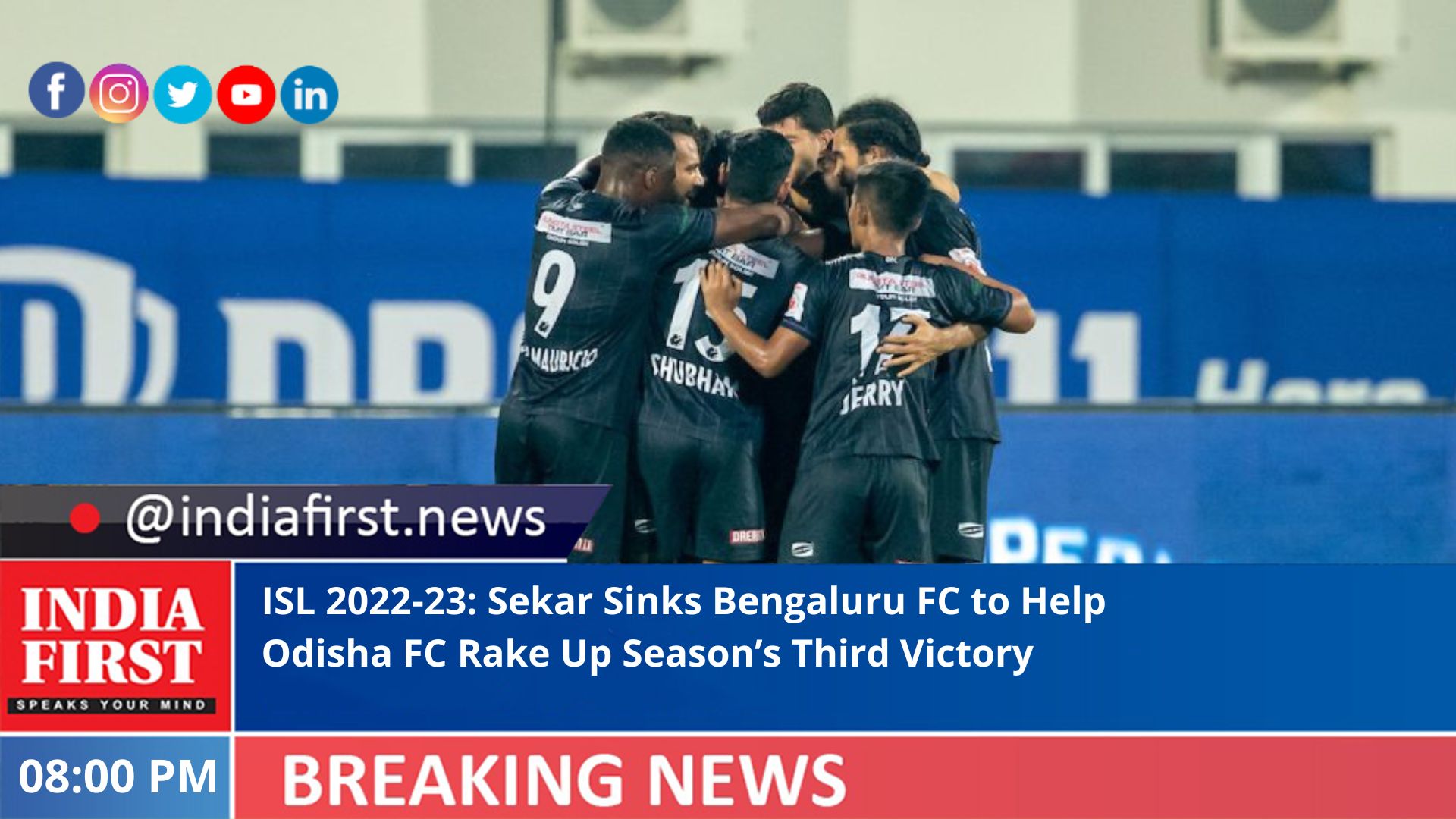 Odisha FC defeated Bengaluru FC 1-0 and climbed to the top of the Hero Indian Super League (ISL) with nine points at the Kalinga Stadium here on Thursday.

Nandhakumar Sekar scored a belter in the 33rd minute, and it turned out to be the game’s only goal. This was Sekar’s second Hero ISL goal and also his second against Bengaluru FC in the Hero ISL.

Josep Gombau made one change to the side that defeated Kerala Blasters. Raynier Fernandes replaced Isaac Chhakchhuak in the Odisha FC midfield. Simon Grayson changed the Blues’ starting formation for the first time in the Hero ISL this season. Alan Costa and Javier Hernandez were replaced by Leon Augustine and Roy Krishna as Bengaluru FC switched to a four-man defence.

The hosts started on the front foot as BFC goalkeeper Gurpreet Singh Sandhu quickly went down and denied Jerry Mawihmingthanga at the near post after just two minutes. At the other end, Roy Krishna pounced on a long ball but saw his strike fly wide.

Midway through the first half, Bruno Silva played a sublime through ball to Krishna. The striker was denied by a brave save from a charging Amrinder Singh. Approaching the half-hour mark, Saul Crespo’s cross from the right flank was missed by BFC’s Aleksandar Jovanovic before Diego Mauricio fired it wide.

The Juggernauts opened their account in the 33rd minute with an absolute thunderbolt from Sekar. Sahil Panwar’s corner was cleared, but only as far as Sekar. The striker bagged his second Hero ISL goal in style with a venomous strike from 26 yards out.

Closing in on the hour mark, the game got quite scrappy in the middle third. Bengaluru FC tried to push the hosts into their own half. Creativity in the midfield was lacking as both sides attempted a few long passes towards their respective strikers. Krishna was tightly marked and so was substitute Pedro Martin at the other end.

In the 67th minute, the Juggernauts ventured forward with Pedro Martin getting the ball into the box. The striker’s scuffed effort eventually landed in the path of Jerry, who was completely unmarked. However, the winger failed to capitalise and fired his shot straight at the keeper.

Defender Alan Costa, who scored a headed goal in BFC’s only win of the season so far, came on seven minutes from time to play alongside Krishna. However, the visitors failed to apply the final touch as they finished the game with just two shots on target and no player on the scoresheet.

In Matchweek 5, the Juggernauts will be on the road to face defending champions Hyderabad FC on November 5. The Blues will have an extended break before they host East Bengal FC at home in Matchweek 6.