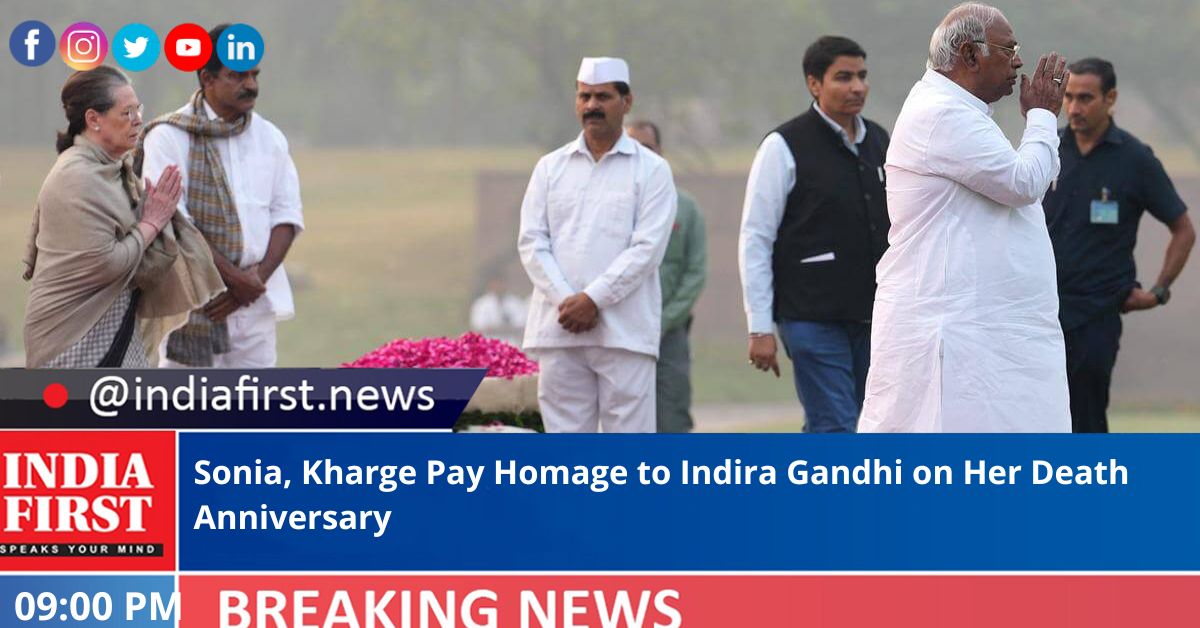 Indira Gandhi was assassinated by her bodyguards on this day in 1984 at her residence in Safdarjung Road.

Rahul Gandhi paid tributes at Bharat Jodo Yatra. “54th day of #BharatJodoYatra began at Shadnagar at 530am. Bharat Yatris paid floral tributes to Sardar Patel & Indira Gandhi, and then observed 2 minute silence in memory of those who died in the Morbi suspension bridge tragedy in Gujarat,” Jairam Ramesh, the Congress general secretary tweeted.

Indira Gandhi was killed by her bodyguards Satwant Singh and Beant Singh at the height of insurgency in Punjab and aftermath of Operation Blue Star. The operation was carried out to remove Jarnail Singh Bhindranwale and his followers from the Golden Temple of Harmandir Sahib in Amritsar, Punjab.