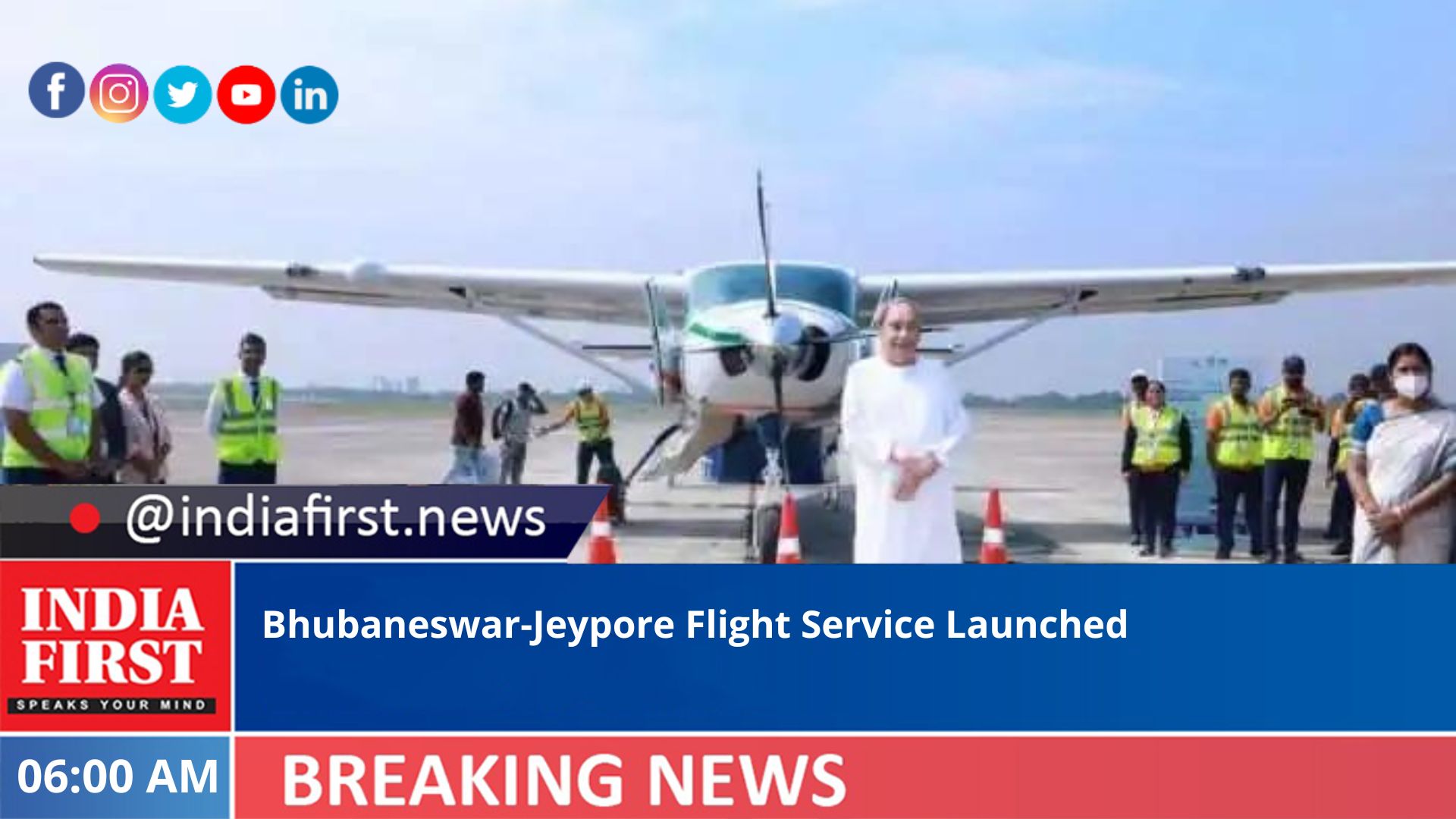 A water cannon salute was accorded to the flight by Odisha Fire Service on its arrival at Jeypore airport.

The flight will then take off from Jeypore airport at 4.05 p.m. and arrive in Bhubaneswar at 5.50 pm, sources said.

The introductory fare is Rs 999 whereas the normal ticket fare per passenger will be Rs 2,500, they said.

The service will be available six days a week and only one flight will fly every day carrying nine passengers.

The Directorate General of Civil Aviation (DGCA) had, on October 20, granted the licence for Jeypore airport to carry out commercial flight operations.