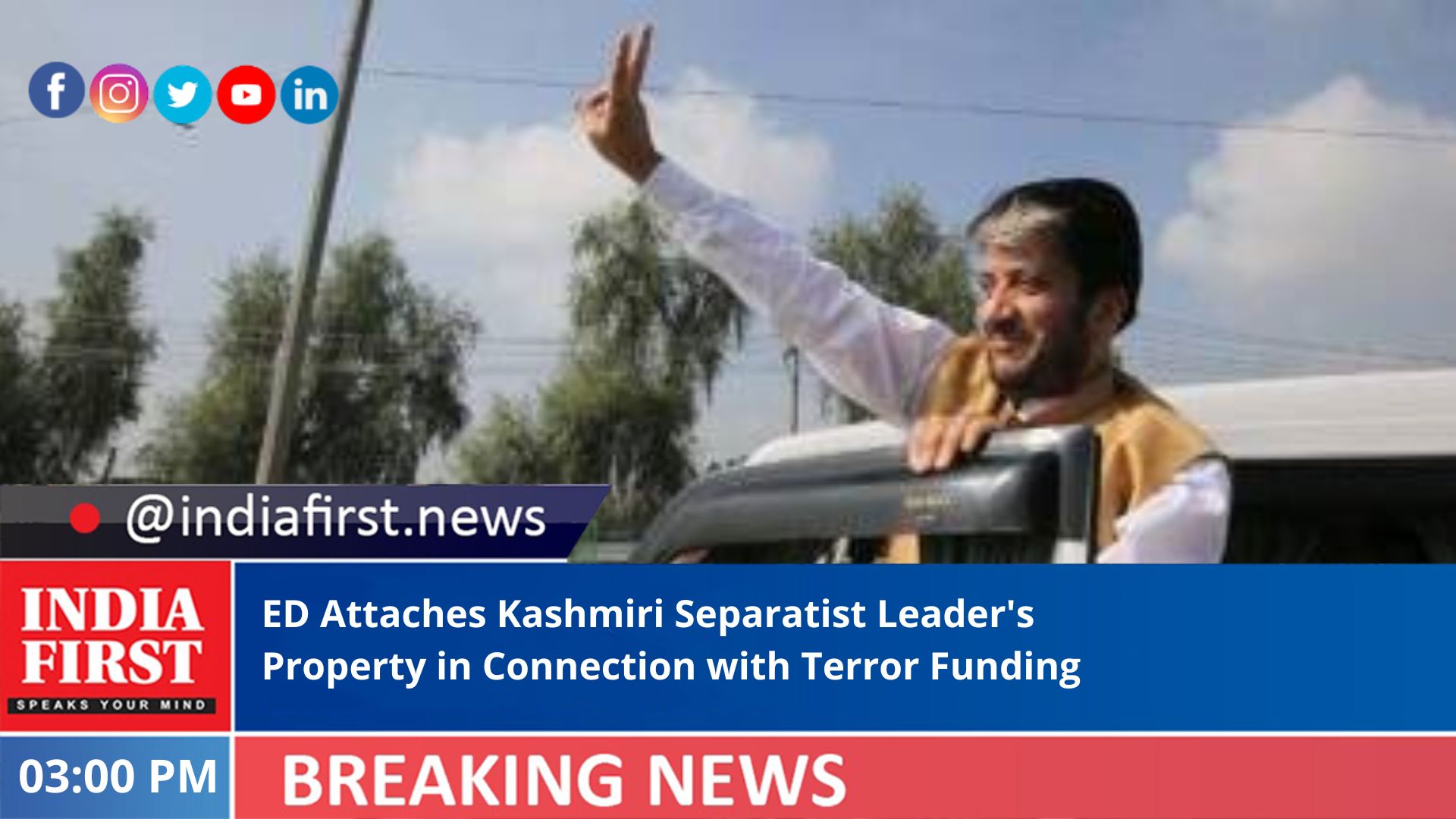 The Enforcement Directorate (ED) on Friday said that they have attached an immovable property of jailed separatist leader Shabir Ahmad Shah worth Rs 21.80 lakh under the provisions of the Prevention of Money Laundering Act (PMLA).

The property is situated in Botshah Colony, Srinagar.

The ED initiated money laundering investigation on the basis of an FIR lodged against Hafiz Muhammad Saeed and others under various sections of IPC and Unlawful Activities (Prevention) Act (UAPA).

During the course of investigation, it was revealed that Shabir Ahmad Shah was actively involved in the activities of fuelling unrest in Kashmir valley by way of stone pelting, processions, protests, bandhs, hartals and other subversive activities.

Further, investigation under the PMLA revealed that Shabir Ahmad Shah was involved in receiving funds from terrorist organisation Hizb-ul-Mujahideen (HM) and other terrorists outfits based in Pakistan as well as from the Pakistani establishment through hawala and various other means and channels. These funds were then being used for fuelling and supporting militant activities in the Kashmir valley.

During the course of investigation, an immovable property worth Rs 21.80 lakh owned in the name of Shabir Ahmad Shah was identified and the same has been provisionally attached under PMLA.

Further investigation in the matter was on.

Shabir Shah is presently lodged in Tihar Jail where he was shifted from Srinagar after his arrest by the NIA in the money laundering case in J&K on July 25, 2017.