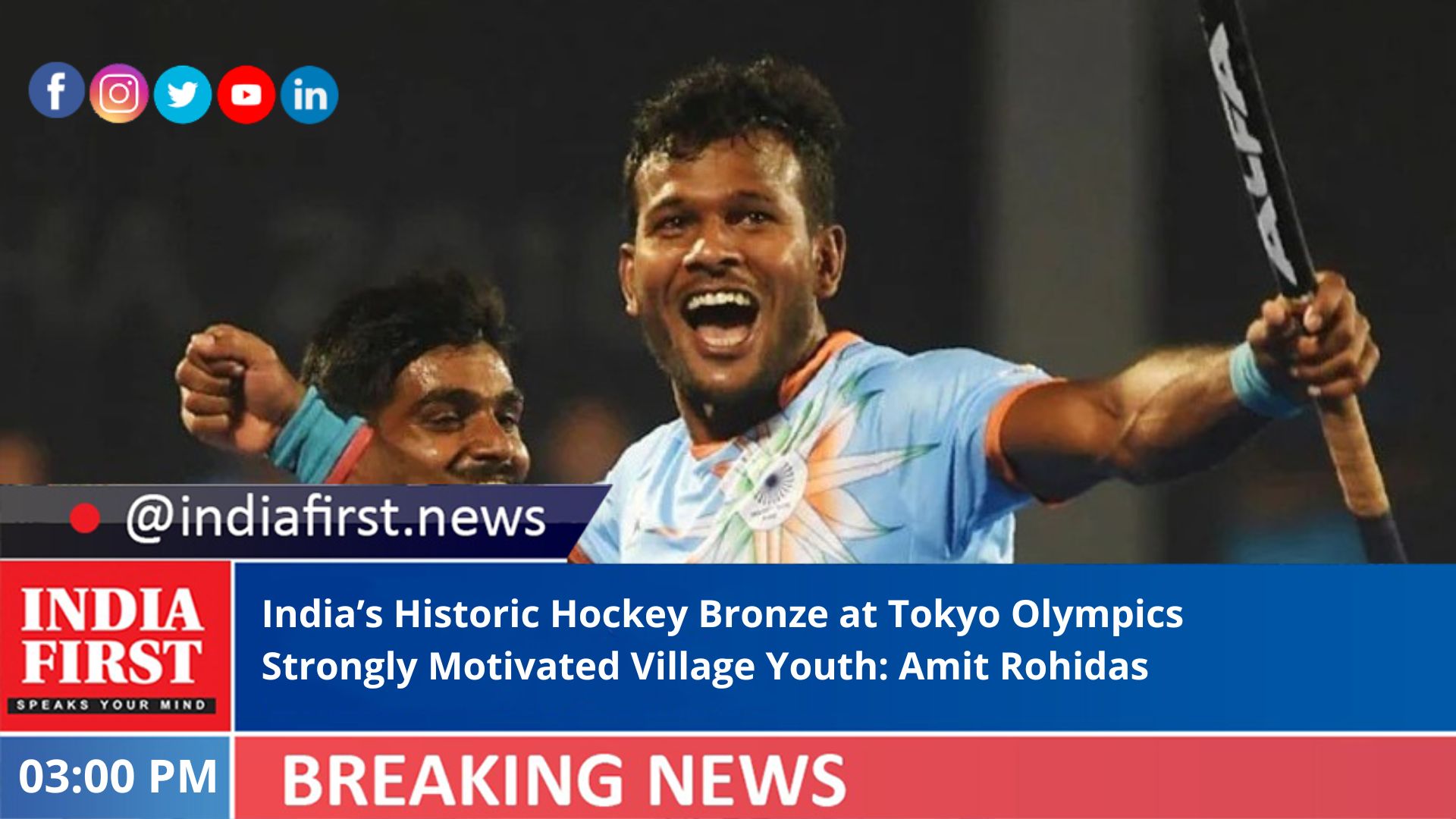 Veteran India men’s hockey team defender Amit Rohidas believes the bronze medal at the 2020 Tokyo Olympic Games after more than four decades has changed the landscape of the sport in the country, with youngsters who never played the sport now turning out in huge numbers in villages and small towns.

Rohidas, who was part of the side that won the historic bronze, is working hard to put himself in contention for the FIH Odisha Men’s World Cup 2023 Bhubaneswar and Rourkela in January.

“The bronze medal at the Tokyo 2020 Olympics has changed a lot of things. Youngsters who didn’t play hockey earlier have now taken to the sport in the villages. When I visit home and see such a sight, it makes me feel very good. Almost every school has seen an increase in youngsters picking up hockey,” opined Rohidas on Friday.

Rohidas, who hails from Odisha, says that playing in the 2023 World Cup will be an emotional affair, and added that the fanfare and love the Indian men’s team receives is unparalleled.

“Playing at home is (a) very different feeling, because the crowds are very supportive and they really cheer for you and motivate you. We have Indian fans to watch us outside India as well, but in Odisha, the fans bring a different level of energy, which gives us extra motivation.”

Rohidas, with more than 100 appearances to his name, noted that one of the key learnings from his idol, Hockey India president Dilip Tirkey, has been to maintain a calm head, even in the toughest of times.

“I had an aggressive streak earlier, but in the last few years, I have learnt a lot from the senior players about handling pressure, and ensuring that my reaction does not affect the team’s plans in a negative way. I try to keep the aggression on the inside, so that it doesn’t show on the field.”

Currently, one of the mainstays in the team, Rohidas is a crucial cog in the defensive unit.

Shedding light on the preparations for the World Cup, Rohidas said, “First we play our matches in the Pro League 2022/2023 in Bhubaneswar, and then we go to Australia for a series and then the World Cup next year. We are taking it step by step, game by game. Our training sessions are continuing with good intensity and we are doing our best to ensure we get things right,” he added.