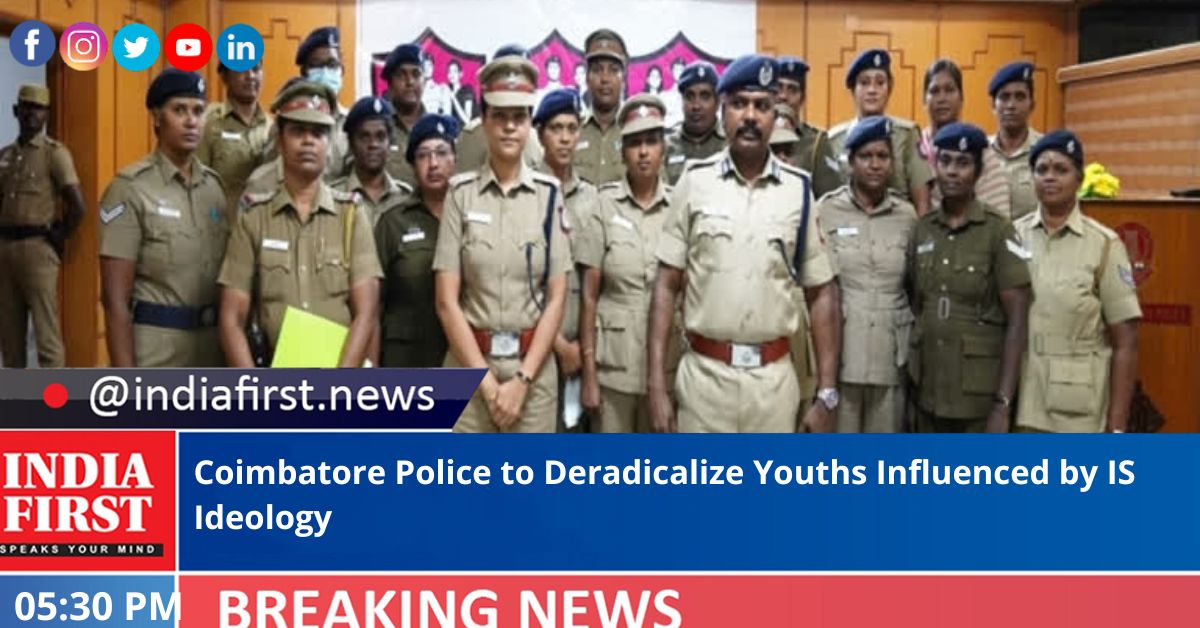 The Coimbatore City police have commenced a programme to de-radicalize youths attracted to Islamic State (IS) ideology.

As a first step in this direction, the police have prepared a list of 50 youths in the city who are attracted to the ideology of extremist Islamic organisations like the IS.

The move follows death of a 29-year-old youth, Jameesha Mubin, who died in a car explosion on October 23 near the Sangameswarar temple at Kottaimedu, Ukkadam, Coimbatore.

Police immediately conducted a search at the residence of Mubin and found that his rented apartment was full of chemicals, including potassium permanganate, sulphur, aluminum powder, and charcoal. The Coimbatore police arrested six youths and foisted UAPA on them after getting information from the residence of Mubin.

Coimbatore City police commissioner Balakrishnan, while speaking to mediapersons in Coimbatore, stated that the police would be soon opening a de-radicalization class in Coimbatore.

He said that reputed psychology professors would be roped in for the content of the course and classes would commence in a month.

Visit by certain Muslim scholars and priests attached to the local Mosques has given the much-needed boost to reduce the mistrust between the communities.