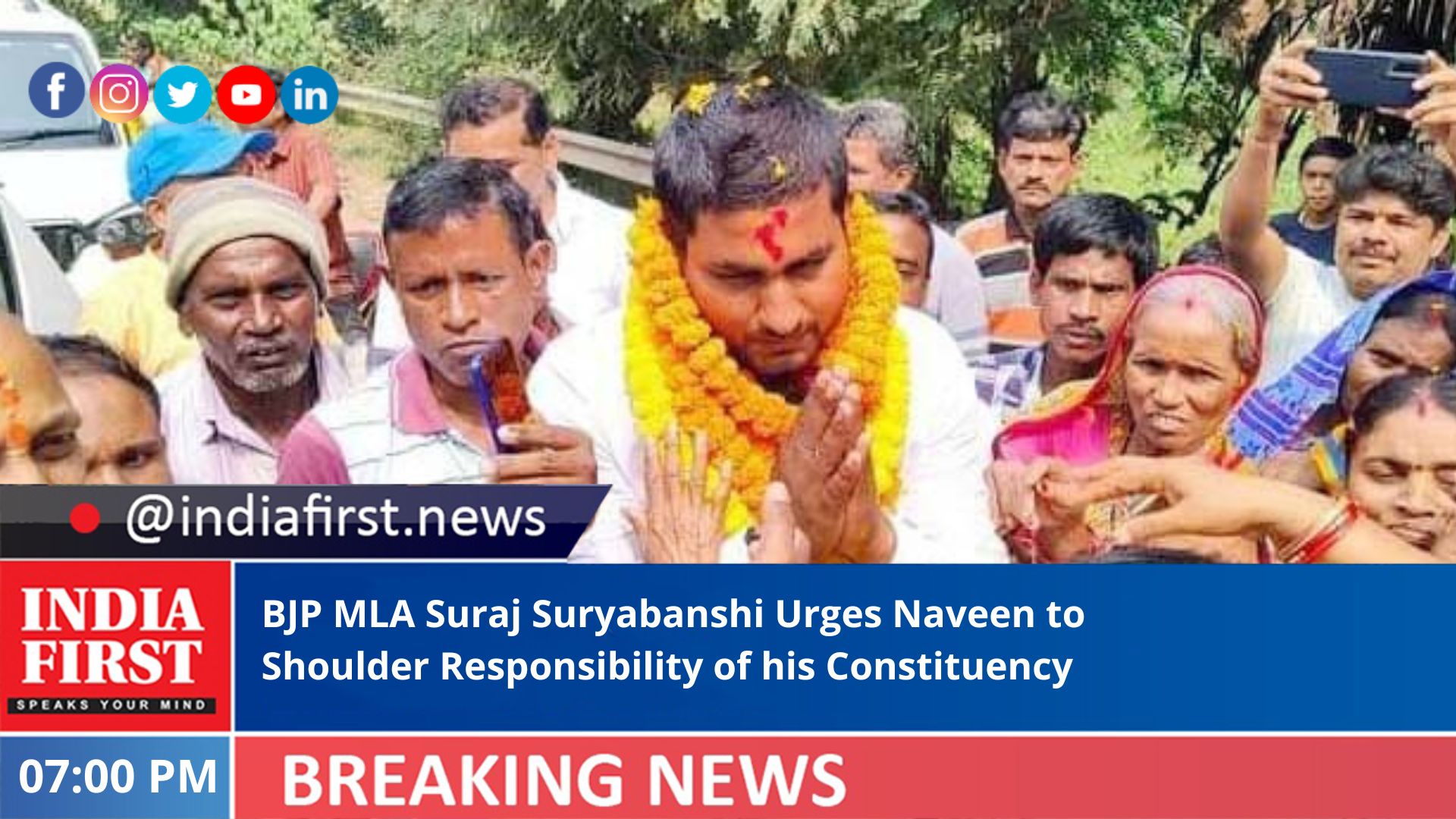 A day after winning the Dhamnagar bypoll, BJP MLA Suraj Suryabanshi on Monday requested Chief Minister Naveen Patnaik to shoulder the responsibility of Dhamnagar Assembly constituency as the latter promised during campaigning.

On October 31, Patnaik had virtually addressed the voters in Dhamnagar and asserted that development of the constituency will be his responsibility.

“The general elections are only 18 months away. We can complete five years’ work in the same period. I will look after the development of Dhamnagar,” the CM had promised.

Suryabanshi said that the people of Dhamnagar, including women, unemployed youth, farmers, SHG members and the poor, were fighting the election and it was their victory.

Hinting at the BJD, Suryabanshi said that the other party is using women members of SHGs as its vote bank.

However, the MLA said he will work to make the members financially independent.

“We will put them on the highest echelon of the society as they are synonymous with our mothers,” he said.

In the bypoll, Suryabanshi defeated his nearest BJD rival Abanti Das by 9,881 votes. While Suryabanshi secured 80,351 votes, Das got 70,470 votes in the bypoll, the results of which were declared on Sunday.

Congress candidate Baba Harekrushna Sethy got only 3,561 votes. The election was held due to the death of sitting BJP MLA and Suryabanshi’s father, Bishnu Sethi.