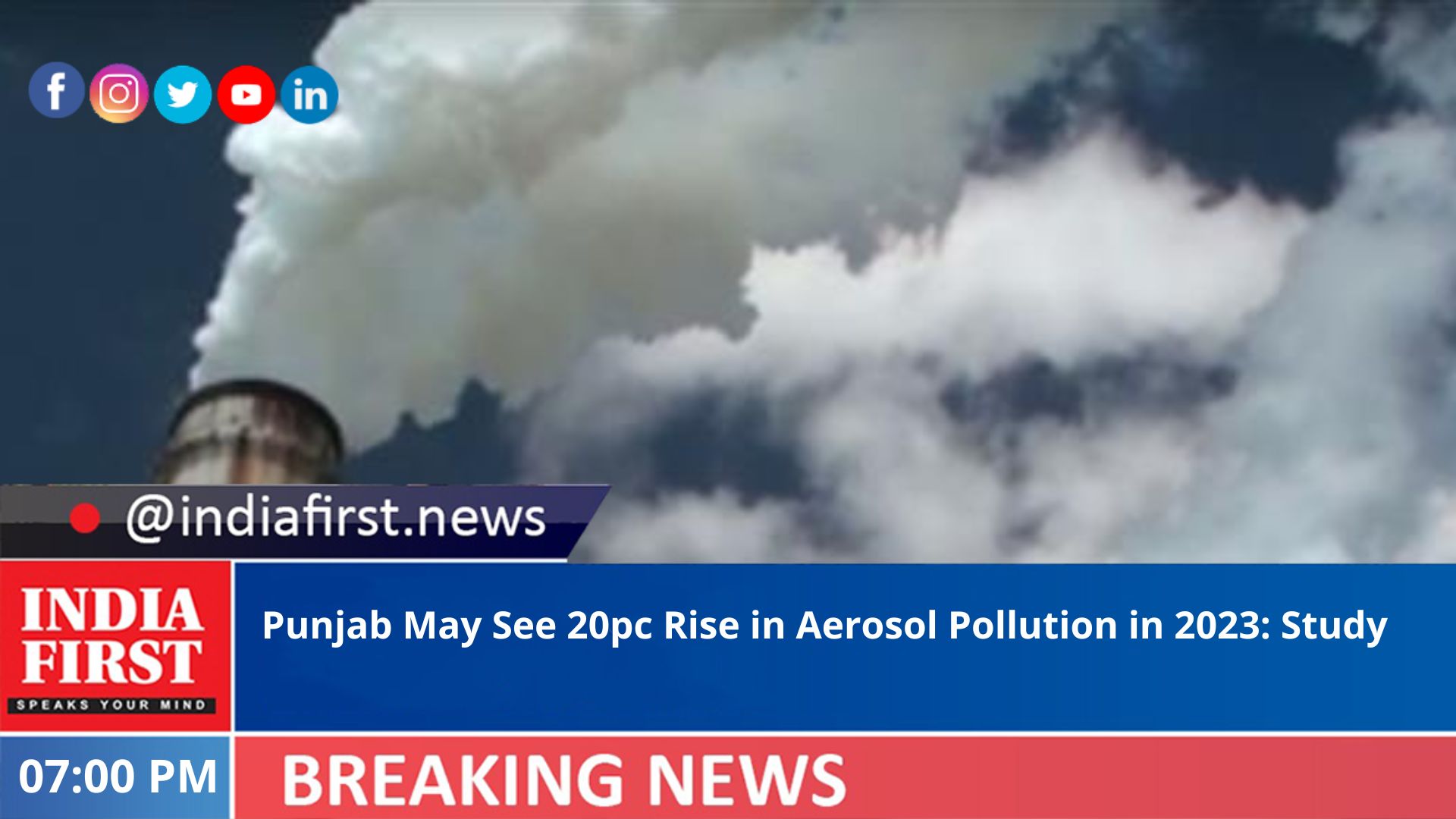 Aerosol pollution in Punjab is anticipated to rise by 20 per cent in 2023, and continue to remain in the “highly vulnerable” red zone for aerosol pollution, says a study.

High aerosol amounts include particulate matter (PM2.5 and PM10) among other pollutants as well as sea salt, dust, black and organic carbon. If inhaled they can be harmful to people’s health.

Aerosol optical depth (AOD) is the quantitative estimate of the aerosol present in the atmosphere and it can be used as a proxy measurement of PM2.5.

Punjab currently falls under the red category which is the highly vulnerable zone with AOD over 0.5. Aerosol pollution is expected to rise by 20 per cent further pushing the AOD higher within the vulnerable (red) zone in 2023.

The values of AOD range from 0 and 1. 0 indicates a crystal-clear sky with maximum visibility whereas a value of 1 indicates very hazy conditions. AOD values less than 0.3 fall under the green zone (safe), 0.3-0.4 is blue zone (less vulnerable), 0.4-0.5 is orange (vulnerable) while over 0.5 is the red zone (highly vulnerable).

Chatterjee, Principal author of the study, said, “In the past, all states in the Indo Gangetic Plain (IGP) were already in the highly vulnerable zone in the context of air pollution. Among all states in the IGP, the highest increase in AOD is projected for Punjab (approximately 20 per cent rise in AOD with respect to 2019). Since in the last phase it was observed that crop residue burning is the major source of air pollution, restriction of this is highly recommended.”

Among major aerosol pollution sources for Punjab from 2005 to 2009, the study found that vehicular emissions were the highest followed by solid fuel burning and thermal power plant emissions.

The research study further analysed that Punjab has observed one of the highest mean Aerosol Optical Depth (AOD) levels in India (falling between 0.65 and 0.70).

“However, the trend of rise in AOD was lower in the years from 2013-2019 (0.005) as compared to 2005-2012 (0.012). It might have been a result of the stringent policy implementation focused especially on the IGP region during this period but the rise has been significant due to the increase in crop residue burning,” explained Chatterjee, adding since there was no quantitative data for cross residue burning from the state or central government, the exact decrease was not quantified in this study.

The study highlighted a list of recommendations to curb rising aerosol pollution for Punjab.

Immediate restriction in the installation of new thermal power plants and more focus given on adoption of renewable energy sources as well as alternative energy sources like hydropower should be encouraged in Punjab, the study said.