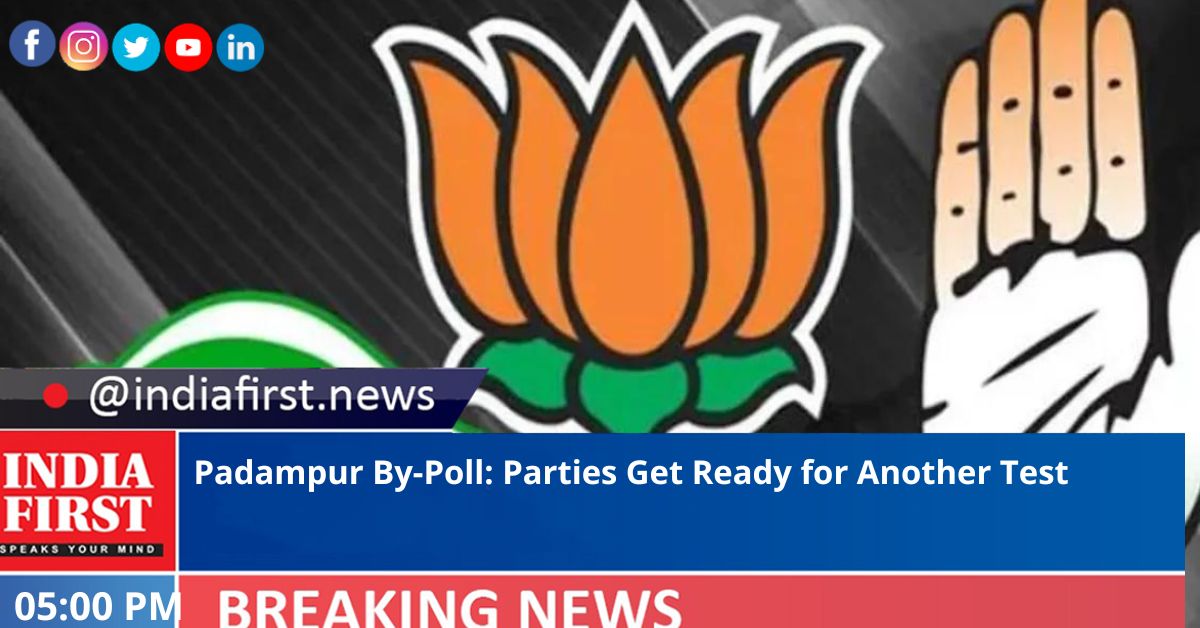 After conclusion of the Dhamnagar by-poll, three major political parties in Odisha, the ruling BJD, and opposition BJP and Congress have been preparing for the by-election to Padampur Assembly constituency in Bargarh district.

After winning the Dhamnagar by-poll with a good margin of votes, the BJP is now eying to snatch the Padampur seat from the Biju Janata Dal (BJD).

The by-poll was necessitated following the death of BJD MLA Bijay Ranjan Singh Bariha on October 3.

The saffron party, which had lost the Padampur seat with 5,734 votes to the BJD, has decided to adopt a strong election management strategy to defeat the BJD in the by-poll scheduled for December 5.

The saffron party has also planned take services of the newly elected Dhamnagar MLA Suryabanshi Suraj during the campaigning in the Assembly segment.

The BJP may field its former MLA from the constituency, Pradip Purohit, for election, while the BJD and Congress continue their exercise to pick suitable candidates for the by-poll.

Bargarh MP Suresh Pujari, Kalahandi MP Basant Panda and Leader of Opposition Jayanarayan Mishra have been given the key responsibilities at Padmapur.

“We have made all arrangements to win the by-poll. We have started campaigning in Padampur. Like Dhamnagar, we are planning to touch each voter in the assembly segment,” Mishra told reporters here.

The party will raise failures of the BJD government in the election along with farmers’ issues, he said.

The BJP leader also indicated that national leaders from the BJP may join the campaign trail for the by-election.

On the other hand, after losing the Dhamnagar seat, the Naveen Patnaik-led BJD is planning to put a full proof strategy to retain the Padampur seat.

The party is likely to utilise its full force to win the seat. As it has won Bijepur bypoll twice in the same district, the BJD is optimistic that it will win the Padmapur seat also.

Speaking to reporters, Tilottama said: “I am hopeful of getting a ticket. I hope the Chief Minister will shower his blessings and give me a ticket for the bypoll and enable me to fulfill the dreams of my husband.”

Another woman member from Bijay Ranjan’s family is also lobbying for the party ticket.

Similarly, the Congress has also started the process for candidate selection. The local Congress leaders have selected a few candidates’ names for the by-poll and recommended those to high command, said a Congress leader.