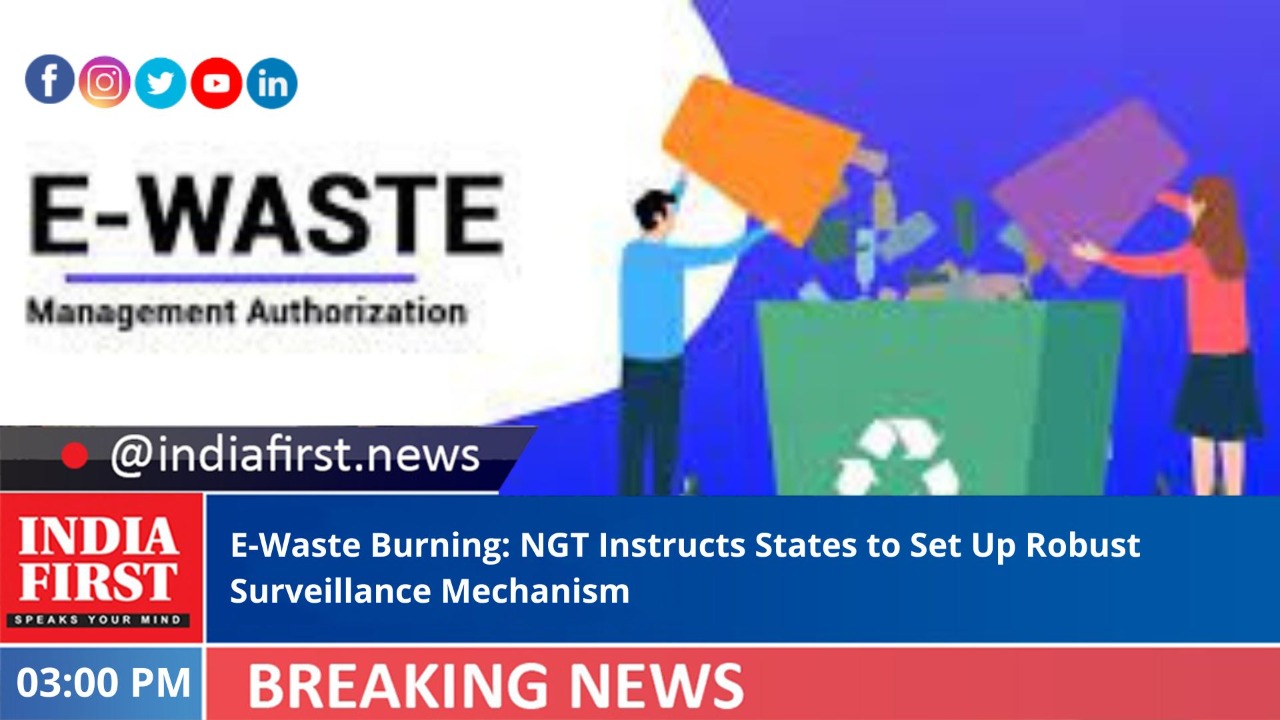 The National Green Tribunal has directed all the state governments to set up a robust mechanism of surveillance for addressing the illegal processing of electronic waste as per the recommendation of the Central Pollution Control Board (CPCB).

The tribunal, headed by Chairperson Justice Adarsh Kumar Goel (retd), in a recent order, was responding to a grievance against the burning of e-waste in Sarurpur Industrial Area in Haryana’s Faridabad by various industrial units. As per the plea, nearly 100-200 “red category” and highly-polluting units are illegally operating in the area which burns approximately 40-50 tons of e-waste daily that has made the environment of the region, close to the national capital, toxic.

In the order, the tribunal observed: “Though it is stated that no electronic waste burning is taking place close to Sarupur Industrial area (as per a tribunal-assigned committee), the CPCB report indicates that some informal activities are taking place which does not rule out violations alleged.”

The green tribunal observed that even after nine months, the complete information on the units is not available. It is not clear what is the correct number of industries operating in the Sarurpur Industrial area and what is the status of compliance.

The complainant stated that magnitude of air pollution is such that visibility up to 2-3 km is affected. These units collect the leftover ash from the E-waste after it is burnt and load them in the tractors and tippers which take this ash and dump un-scientifically in the open area and landfills, which proves to be a threat to the environment.

People residing in nearby colonies and areas are facing devastating impacts on their health and on the city’s environment. Around 10-15 people residing in the area have also lost their vision due to the toxic air pollutants released in the air by the burning of E-waste, which contains lead, cadmium, mercury, polyvinyl chloride (PVC), brominated flame retardants (BFRs), chromium, beryllium, etc.

Long term exposure to these substances damages the nervous system, kidney, bones, and the reproductive and endocrine systems, the plea read. Chronic diseases and cancer are taking place at higher rates in the adjoining areas because of the burning of e-waste releasing fine particles, which travel thousands of miles, creating numerous negative health risks to humans and animals, it said further.

The plea also referred the last year’s NGT order directing action on the issue of e-waste burning in the context of Delhi and Ghaziabad. But no action has been taken for compliance with directions of the tribunal, it was alleged.

The tribunal also asked the CPCB to monitor compliance at least twice a year by holding Virtual Conferences with the Member Secretaries of all pollution control bodies.In its report, the CPCB also highlighted the issue of leakage of e-wastes from even the authorised recyclers. Bulk consumers should channel their e-waste only to the producer’s system of collection or authorised recyclers, it suggested.