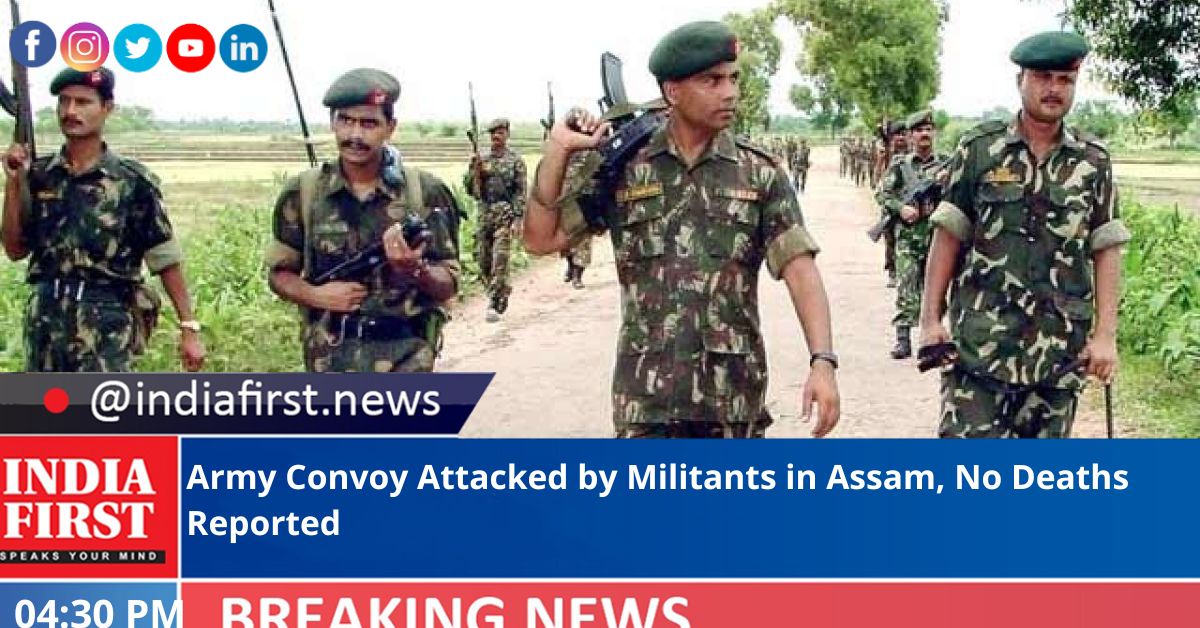 The defence PRO in Guwahati, Lt. Col Mahendra Rawat informed that an army area domination party was moving in the Digboi-Pengri area and at around 9.20 a.m., shots were fired at their vehicle from a nearby forest.

“After firing a single burst and swift retaliation from our troops, terrorists ran away from the adjoining areas,” he added.

There was no casualty.

Rawat further said that the militant group behind the incident was yet to be identified, adding that the army has launched an operation.

According to a senior police official, the Outer-North district’s Cyber Crime police team arrested the 20 accused during a combination of raids in Bengaluru, Gurugram and Patna.

The accused had duped more than 1,000 victims to the tune of crores on the pretext of Ola electric scooty bookings as well as dealership, the official added.