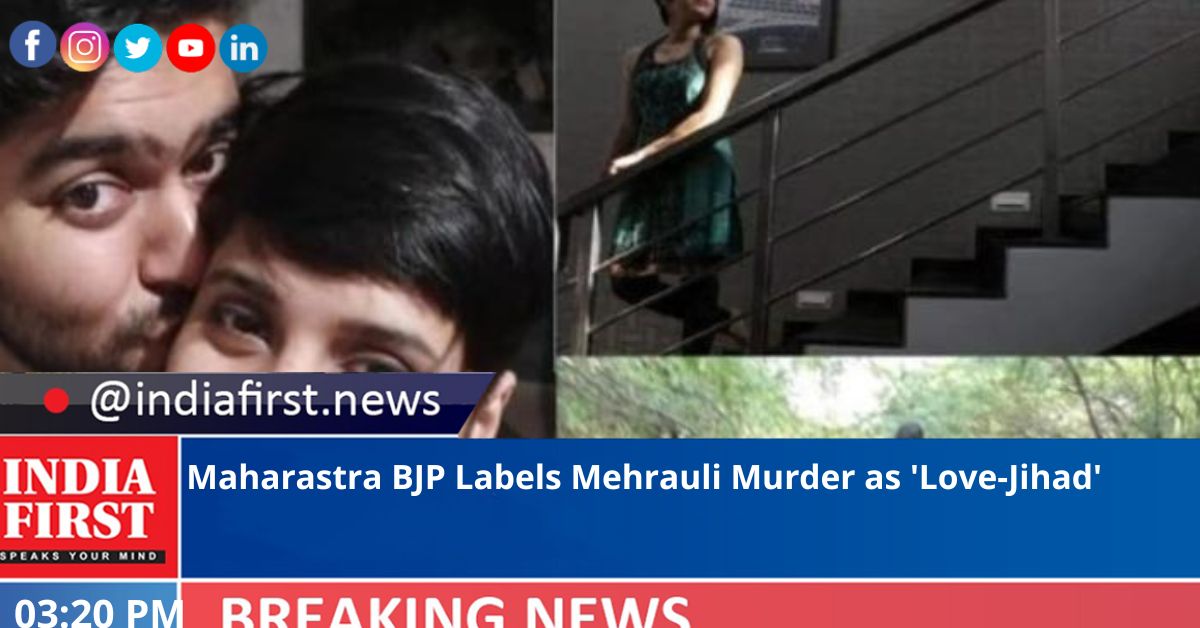 The Bharatiya Janata Party (BJP) here on Tuesday demanded justice for Shradhha Walkar, the 27-year-old woman from Palghar who was killed and chopped into pieces by her live-in partner in New Delhi.

Alleging it to be an instance of ‘love-jihad’, BJP leader Ram Kadam led a protest demonstration here seeking justice for the victim and her family.

A large number of BJP women activists also joined the action raising slogans in favour of the victim and asking for stringent punishment to the accused, Aftab Ameen Poonawala.

Poonawala was arrested by the Delhi Police on November 12.

The couple was in a relationship since 2019, but after her family objected to their liaison, Shraddha left home and started living with Poonawala in Naigaon town in Palghar.

It was sometime in April that the duo had gone to live in Delhi where their relations soured after Shraddha insisted on marrying Poonawala.

According to Palghar and Delhi Police, he strangled and killed her, chopped her body into 35 pieces, then stuffed them into plastic bags in a freezer and quietly disposed of them over a period of 18 days.

The entire probe started only after the victim’s childhood friend, Laxman Nadar, alerted her family in September that she had suddenly gone incommunicado for over two-three months, and her alarmed father Vikas Walkar complained to the Palghar Police.

The police teams of the two states are probing the diabolic killing and have seized the electronic gadgets of Poonawala like mobiles and laptops to get to the root of the sensational crime.

The Delhi Police have taken Poonawala to the spots where he claimed to have dumped Shraddha’s body parts and are trying to recover the weapon, purportedly a knife, that was used to kill her.

Meanwhile, a distraught Vikas Walkar has demanded the hangman’s noose for Poonawala who has confessed to the crime of killing his daughter, as the incident numbed the people of Vasai industrial town in Palghar, an hour’s drive north of Mumbai.