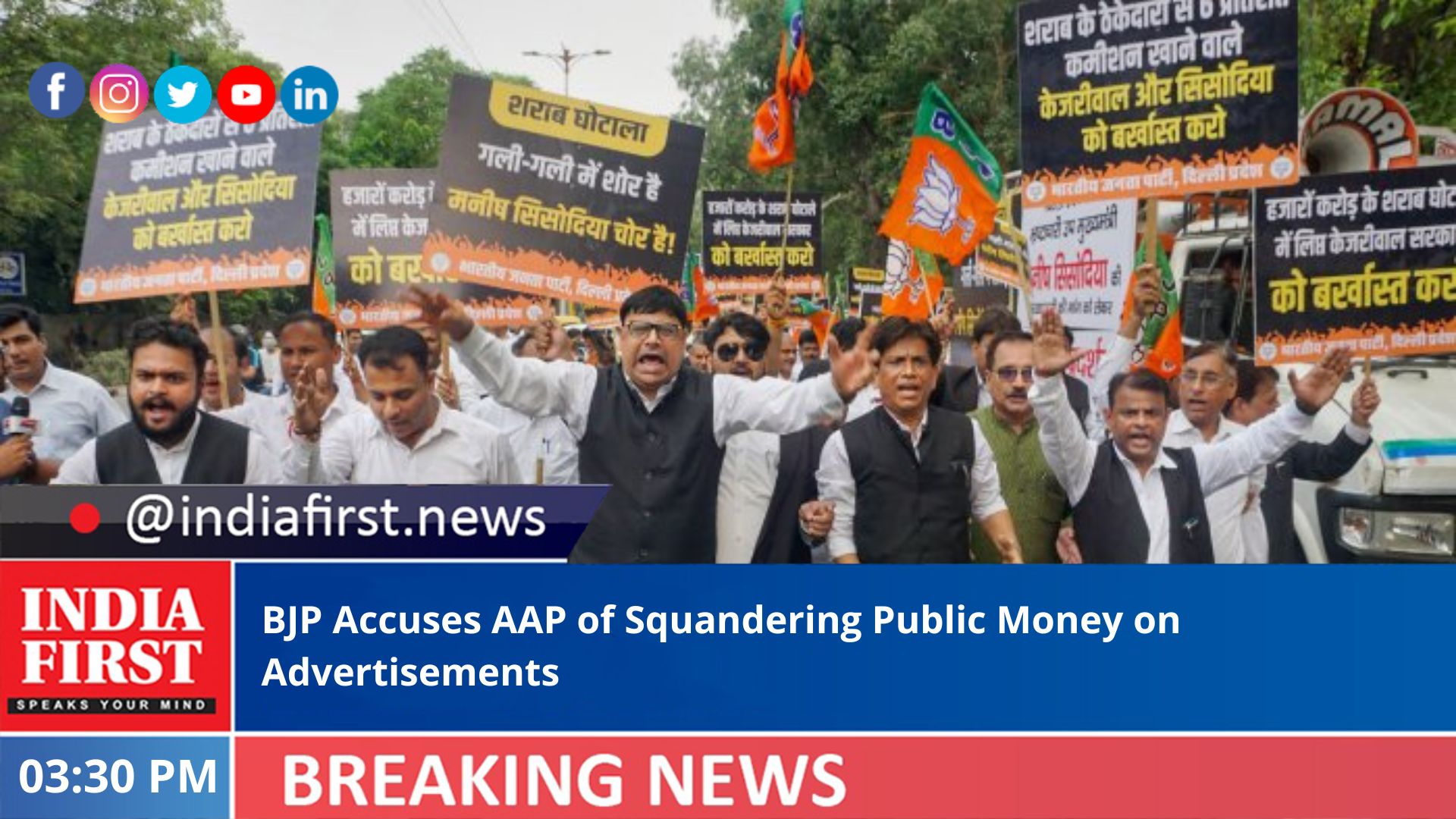 The BJP on Wednesday accused the Aam Adami Party (AAP) for wasting peoples money on advertisements.

Addressing a press conference here, BJP national spokesperson Gaurav Bhatia said: “(Delhi Chief Minister Arvind) Kejriwal is spending money on advertisements. He only does politics and doesn’t care about the city and its people.

“Whereever he goes he does corruption and spreads pollution. He promised to clean the Yamuna and improve the city’s air quality but nothing has been done in the past eight years.”

At the same presser, BJP Delhi President Adesh Gupta said that “the Yamuna which is a blessing for people of Delhi has now become a curse for AAP”.

“Because of the AAP’s failure, the Yamuna is dirty today.”

Meanwhile, Delhi BJP MP Parvesh Saheb Verma also slammed the Chief Minister and said: “he went to Seoul four years ago to see how to clean rivers and maintain it. It was not needed, he could have gone to the Sabarmati river front instead.”