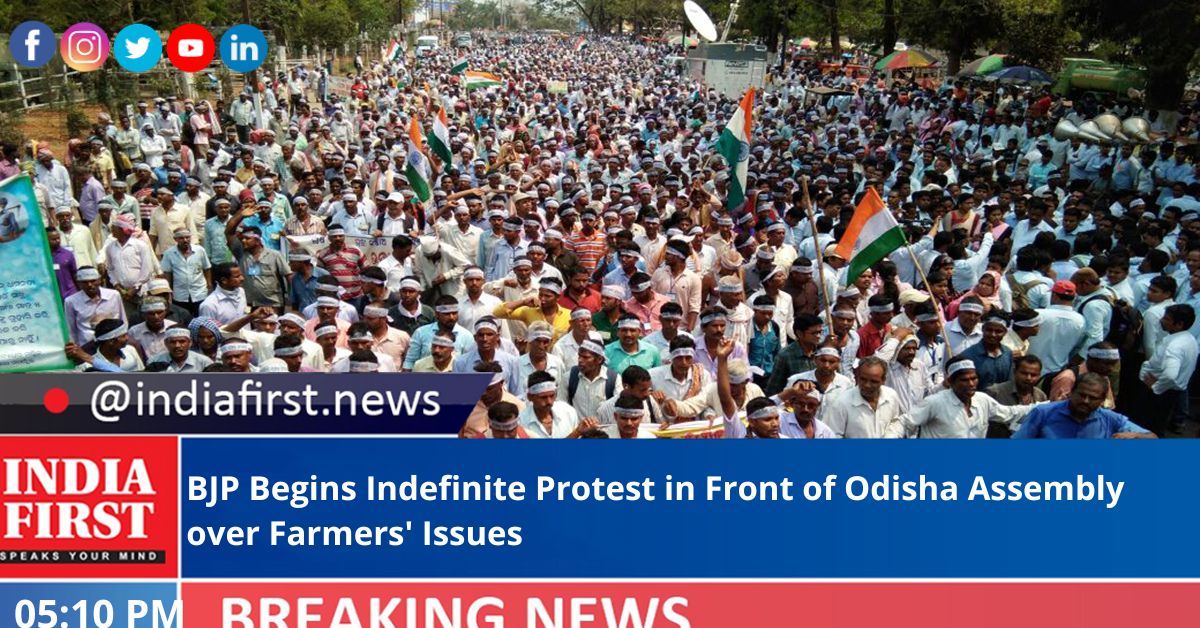 Ahead of the Padampur bypoll, the BJP on Friday launched an indefinite dharna “satyagraha” in front of the Odisha Assembly here to protest “anti-farmer policies” of the BJD government.

The party has launched this dharana over several issues of farmers including farm assistance, crop insurance, supply of fertilisers and Kalia money distribution.

The BJP leaders alleged that the state government’s potato mission and onion mission have completely failed. But despite that, there is no policy in place to help farmers recover losses, they said.

The party also alleged that the farmers are getting Rs 4,000 under the Kalia scheme instead of Rs 10,000 as promised while referring to the 2019 elections.

Due to irregularities in opening of mandis, the farmers are forced to sell their paddy at Rs 1,250 per quintal against the MSP of Rs 2,040 per quintal, said State BJP general secretary Prithiviraj Harichanda.

There is a shortage of cold storage in the state, yet the state government is not taking any initiative in this regard, he claimed.

Due to the “dilly-dallying attitude” of the state government, the farmers have not received their claims under Pradhan Mantri Fasal Bima Yojna (PMFBY). This was evident from Union Minister Narendra Singh Tomar’s letter. If the BJD leaders go through the letter, they would to know their faults, the BJP leader said.

Harichandan alleged that the State Government has not been giving input subsidies to farmers since 2018. What is more disappointing is that the government is not even assessing crop damages caused due to drought, floods and cyclones.

The BJP leader further said though the farmers constitute a major chunk of the population, they always suffer due to the “anti-farmer” policy of the government.