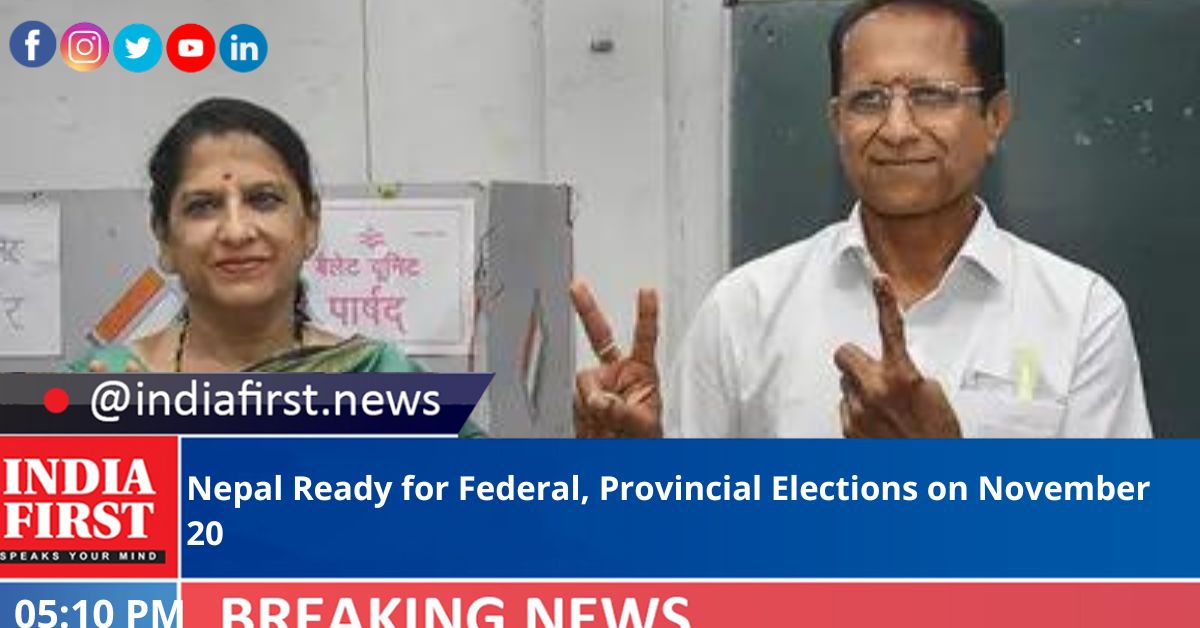 Nepal is all set to go to the polls on Sunday which will elect a total 825 representatives to the federal and provincial assemblies for a second time after the Himalayan nation adopted federalism in 2015.

“We have prepared all necessary preparations in order to hold the elections in a free, fair and transparent manner,” Chief Election Commissioner Dinesh Thapaliya said.

The new government will be formed at the centre and in all seven provinces. Some high-profile appointments like that of a President, Vice President, Prime Minister, Speaker will be made following the results.

According to the Election Commission, a total 1,79,88,570 voters are eligible to elect the 165 federal and 220 provincial assemblies representatives through the first-past-the-post (FPTS) election system.

Another 110 seats of the federal parliament will be elected through the proportional representation system.

The strength of the House of Representatives is 275.

Similarly, for federal assemblies, the elections will be conducted for 330 seats under the FPTS system and 220 sets of candidates will be elected under the provision of proportional representation.

Home Secretary Binod Singh said that all required security arrangements are in place to ensure free, fair and transparent elections and urged the voters to cast their ballots without any fear and intimidation.

Around 300,000 security personnel including those from the Nepal Army, Armed Police Force, National Intelligence Department and temporary police will be deployed to guard the elections, according to the Home Ministry.

Addressing the media on Friday, the Home Secretary reiterated that any individual, group or organisation likely to jeopardise the election staffs, voters and ballot safety is under surveillance.

“Some sporadic incidents were reported ahead of the elections in the midst of election boycotts by some outfits. Those who have announced to boycott the elections do not impose any threat for holding elections successfully,” he added.