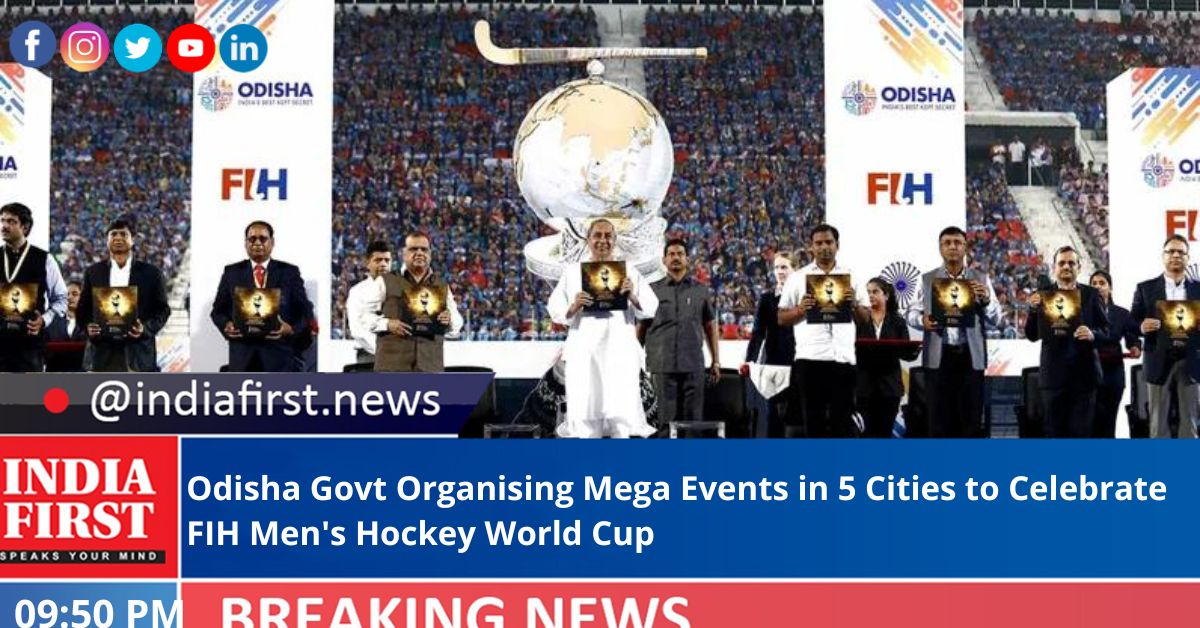 To make the tournament memorable, the Odisha government has lined up several mega sporting and cultural events across the state including the hosting cities of Bhubaneswar and Rourkela to give a pleasant experience to the hockey players, sports lovers, and other guests during the World Cup.

In 2018, the World Cup was organised only in Kalinga Hockey Stadium. However, Bhubaneswar will not be the only site for the next World Cup as Rourkela’s brand-new Birsa Munda International Hockey Stadium will share hosting duties with Bhubaneswar.

The World Cup will be organised from January 13 to 29. Sixteen teams will participate in the prestigious world tournament; 24 matches will be played in Bhubaneswar and another 20 in Rourkela. The laying of the astroturf and installation of floodlights have been completed in both Kalinga Stadium (Bhubaneswar) and Birsa Munda Stadium (Rourkela), a government official said.

The state government has decided to organise festivals in Bhubaneswar, Rourkela, Cuttack, Sambalpur and Berhampur cities. Mega cultural and sporting events will be organised in these five cities during the period.

Besides, the Hockey World Cup trophy will be exhibited in all districts in the state and will also tour different parts of the country. Various programmes to promote hockey will be organised at the district-level with participation of school and college students, the official said.

A completely new look is being given to the host cities of Bhubaneswar and Rourkela. The two municipal corporations have taken up a slew of beautification projects like revamp of roads, plantation, painting & art on roadside walls, illumination of all major buildings and squares, cleanliness drive, removal of hoardings, improvement of medians and barricading.

The steel city of Rourkela is hosting a sports carnival to celebrate the Hockey World Cup in January 2023.

Rourkela Municipal Corporation (RMC) commissioner Subhankar Mohapatra said knock-out hockey, kho-kho, volleyball, football, and kabaddi tournaments for both male and female players will be held in the city between December 5 and December 23.

The state government is also making an all-out effort to start regular flight services from Rourkela airport. The government will hire charter flights for transportation of players and hockey officials between Bhubaneswar and Rourkela.