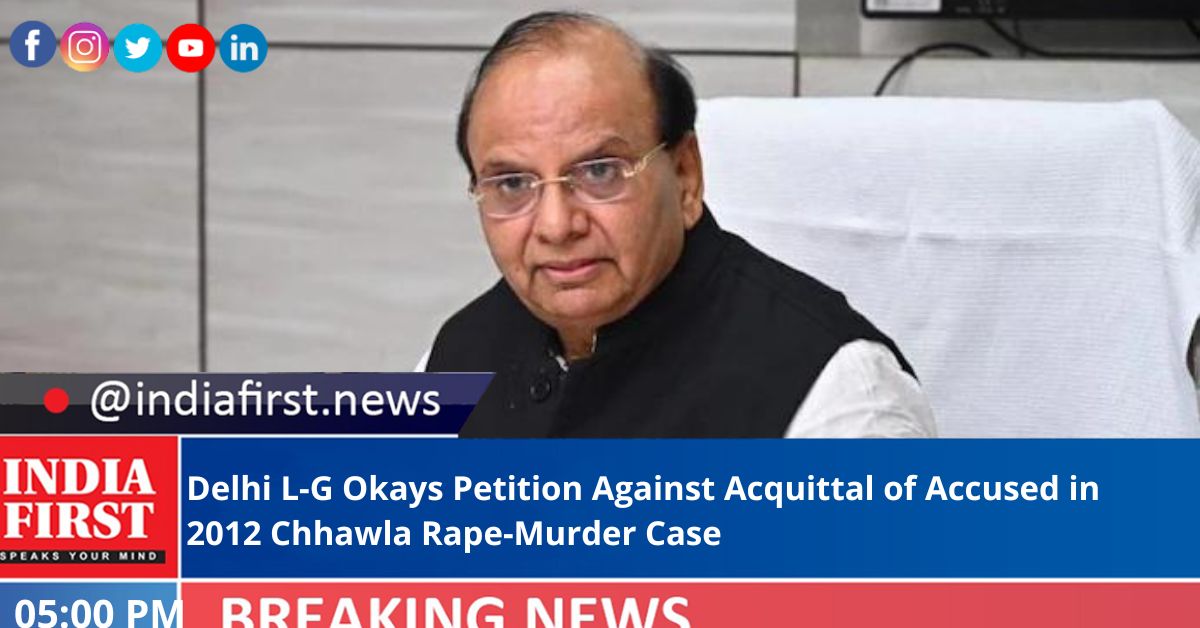 After the Supreme Court acquitted the three accused in the 2021 Chhawla rape and murder case, Delhi Lieutenant Governor (L-G) V.K. Saxena has approved the filing of a review petition in the apex court, sources said on Monday.

The parents of the 19-year-old victim had met Saxena and requested him to file a review petition against the acquittal of the accused on November 7.

Earlier, the Delhi Commission for Women (DCW) had taken suo moto cognizance towards ensuring welfare and security of the family members of victim whose body was found in a mutilated condition in Haryana, three days after she was abducted.

The DCW had asked Delhi Police to provide high level security to the family members of the girl after the three were acquitted.

The girl was a resident of Chhawla, Delhi. She was abducted from Qutub Vihar.

According to reports, she was subjected to utmost horrors before being murdered brutally.

The DCW had also written a letter to Union Home Secretary Ajay Kumar Bhalla, seeking a high-level committee to examine issues related to poor investigation and problems in trial.

While acquitting the accused, the Supreme Court had highlighted improper investigation conducted by Delhi Police along with certain lapses during the trial.