Offence to Come Under POCSO Act If One Party in Muslim Marriage is a Minor: Kerala HC - India First e Newspaper Skip to navigation Skip to content 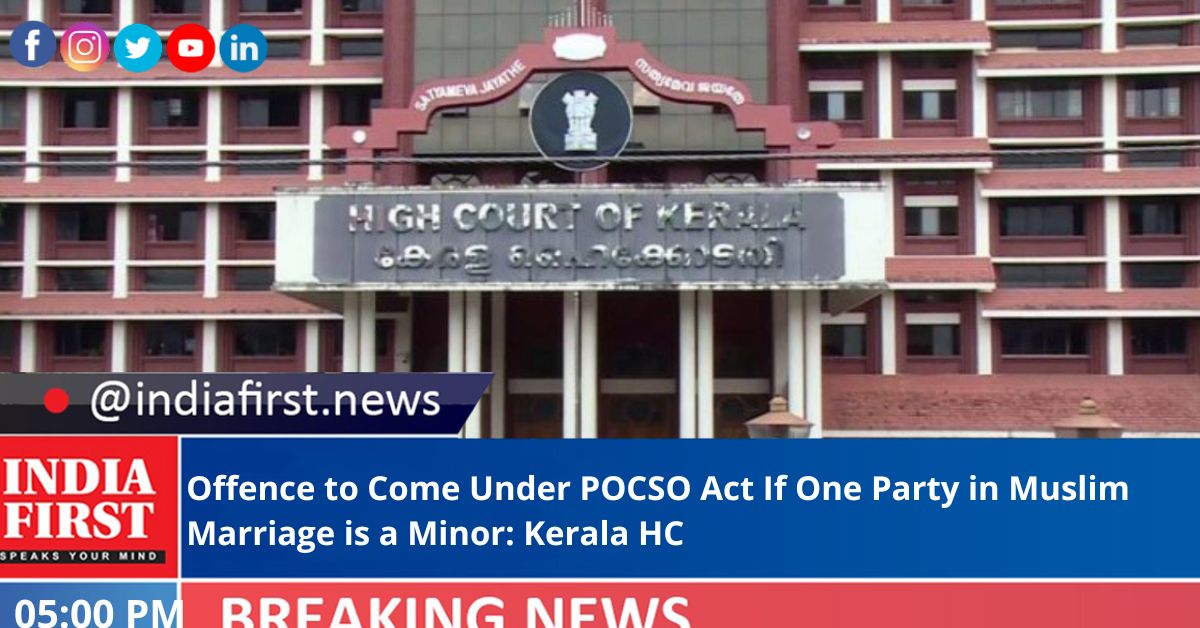 The Kerala High Court ruled that if one of the parties in a Muslim marriage is a minor, the offence will come under the POCSO Act.

In his ruling releated to a case, Justice Bechu Kurian Thomas said that in a marriage between Muslims, if a minor is there, it cannot be excluded under the Pocso Act.

The judge is the son of retired Justice K.T. Thomas who had turned down the bail plea of a 31-year-old Muslim man from West Bengal in a case registered against him by the Thiruvalla Police in August this year where he was alleged to have “kidnapped” a 14-year-old girl.

The case surfaced when the local health authorities at Thiruvalla registered a complaint that a girl nearing 16 years (as per Aadhaar Card records) had come for an injection and was found out to be pregnant.

But Rehman claimed that the wedding took place at his home state in March 2021 under the Muslim law, but the police informed the court that according to her parents no such marriage had taken place.

However the court, which pointed out that Muslims who attain puberty were allowed to marry under their traditional law, but it was questionable if the personal law would prevail over a special legislation like the POCSO Act.

Under the Act, sexual exploitation in any manner against a child is looked up as an offence and is not excluded from the sweep of the statute.