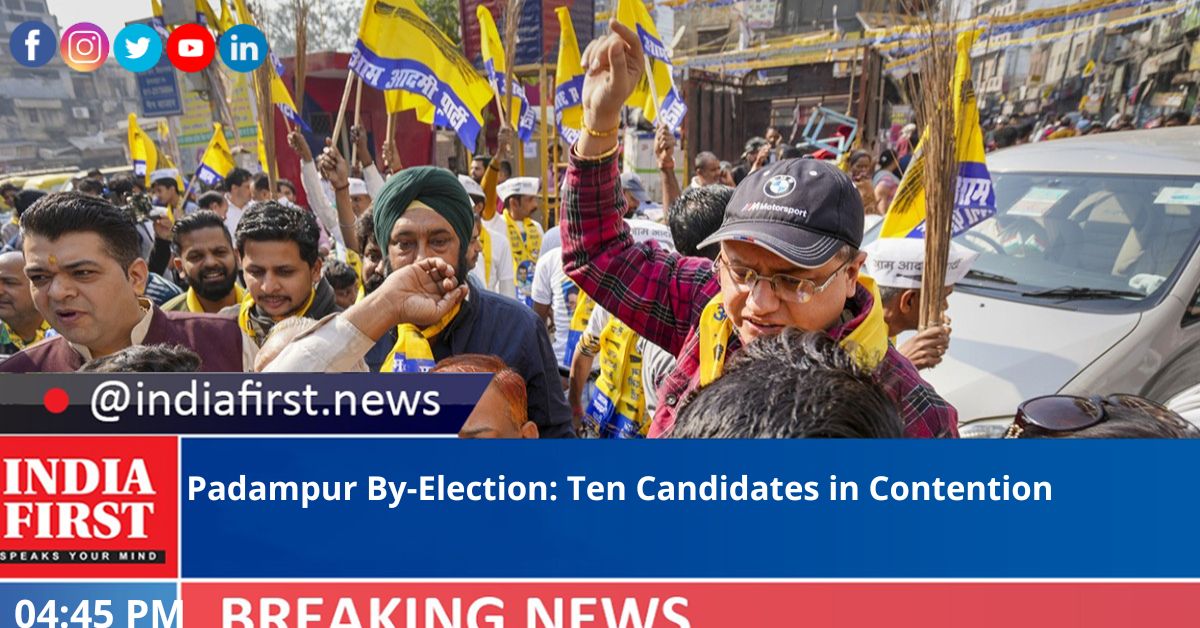 A total of 10 candidates have remained in fray for the by-election to the Padampur Assembly constituency in Odisha’s Bargarh district, chief electoral officer (CEO) Sushil Kumar Lohani said on Monday.

Of 13 candidates who filed nomination for the by-poll, candidature of two persons were rejected during scrutiny while another withdrew his nomination.

Monday was the last date of withdrawal.

The CEO further stated that 74 vulnerable (Maoist affected) booths and 78 sensitive booths have been identified.

Webcasting will be done in 160 booths, which is 50 per cent of the total number of booths. Besides, 98 micro observers have been deployed in the critical and sensitive booths till now, Lohani said.

On steps taken to ensure there will be no law and order station, he informed that 36 licensed arms have been deposited while 579 persons have been bound down under preventive sections of CrPC and 104 non-bailable warrants have been executed.

The voting will be conducted at 319 polling stations on December 5 in between 7 a.m. to 4 p.m.

The by-election was necessitated following the death of sitting BJD MLA Bijaya Ranjan Singh Bariha on October 3. The counting of votes and declaration of results will be done on December 8.