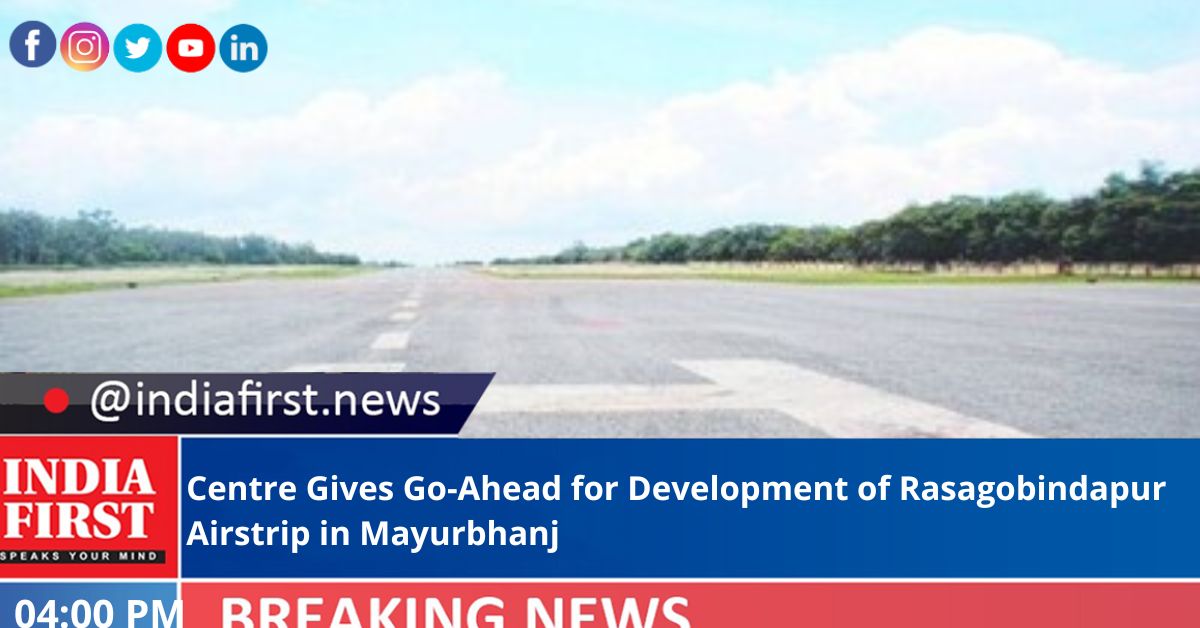 The Ministry of Defence (MoD) has granted working permission for the development of the airstrip at Rasgovindpur near Amarda Road in Odisha’s Mayurbhanj district.

“The President of India has granted working permission to government of Odisha on defence land admeasuring 160.35 acres at Amarda Road in the district of Mayurbhanj for development of airstrip at Rasgovindpur near Amarda Road in Mayurbhanj district, on the basis of cash compensation amounting to Rs 26,03,10,4381 in lieu of defence land,” the MoD said in a letter to Odisha Chief Secretary S.C. Mahapatra.

Notably, the airstrip land belongs to the Defence Research and Development Organisation (DRDO) under the Ministry of Defence.

In February, Mahapatra had written to then Defence secretary Ajay Kumar seeking NoC from the DRDO for commencement of commercial flight operation from the airstrip.

Following the request of the Odisha government, the Ministry has granted the permission with certain conditions. The state can use the defence land only for the work on which working permission is being granted and no other purpose, it said.

The state government had sought the permission from the Ministry of Defence as it has planned to operationalise the Amarda Road airstrip near Rasagobindapur under the RCS-UDAN scheme.