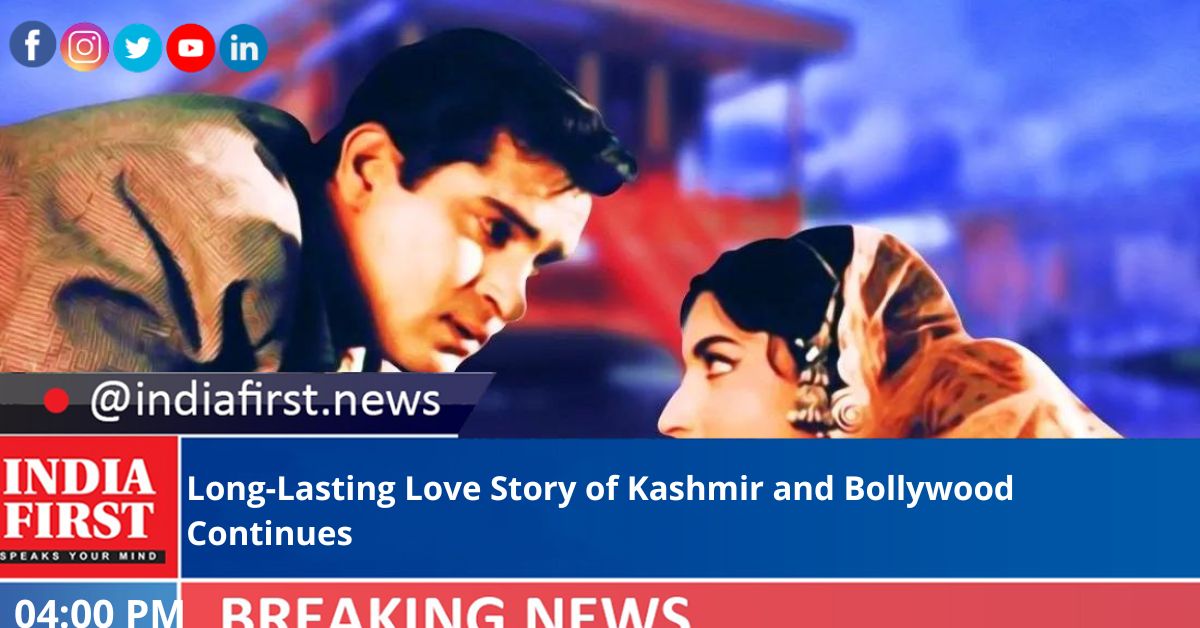 The love story between Kashmir and Bollywood began way back in 1949 when Raj Kapoor shot parts of his film ‘Barsaat’ in the Valley, taking its beauty to a wider audience. Ever since, the Kashmir Valley became the focus area of many film producers.

Not only this, there are many places in Kashmir which are known by movie names or characters, like the landmark ‘Bobby Hut’ in Gulmarg, where the song of the super hit movie ‘Bobby’ — ‘Hum tum ek kamray main…’ — was filmed, or the ‘Betab Valley’ in Pahalgam where the Sunny Deol-Amrita Singh starrer ‘Betaab’ was shot.

This beautiful relationship between Kashmir and Bollywood lasted until Vidhu Vinod Chopra’s ‘Khamosh’ in 1985, after which the unfortunate circumstances that ensued due to terrorism in the region brought a temporary end to this love story.

Bollywood made a comeback to the Valley post 2000, when films like ‘Mission Kashmir’ and ‘Haider’ were shot in Kashmir.

This relationship is also unique because this time the subject of these films was not the beauty of the Valley, but Kashmir itself.

During the last few years, many popular Bollywood films and web series have been shot in Kashmir, while many local actors also rose to prominence. Notable among them are Mir Sarwar, who acted in films like “Qaisari” and “Bajrangi Bhaijaan”, and Zaira Wasim, who acted in Aamir Khan’s “Dangal” and “Secret Superstar”, among others.

Film screening also got a boost in the region this year with Lieutenant Governor Manoj Sinha inaugurating cinema halls in Srinagar, Shopian and Pulwama districts. Also, a new film policy has been implemented in Kashmir, besides the announcement by Sinha about opening cinema halls in every district of the UT.

With all these, the aspirations of local filmmakers and actors have also got a boost.