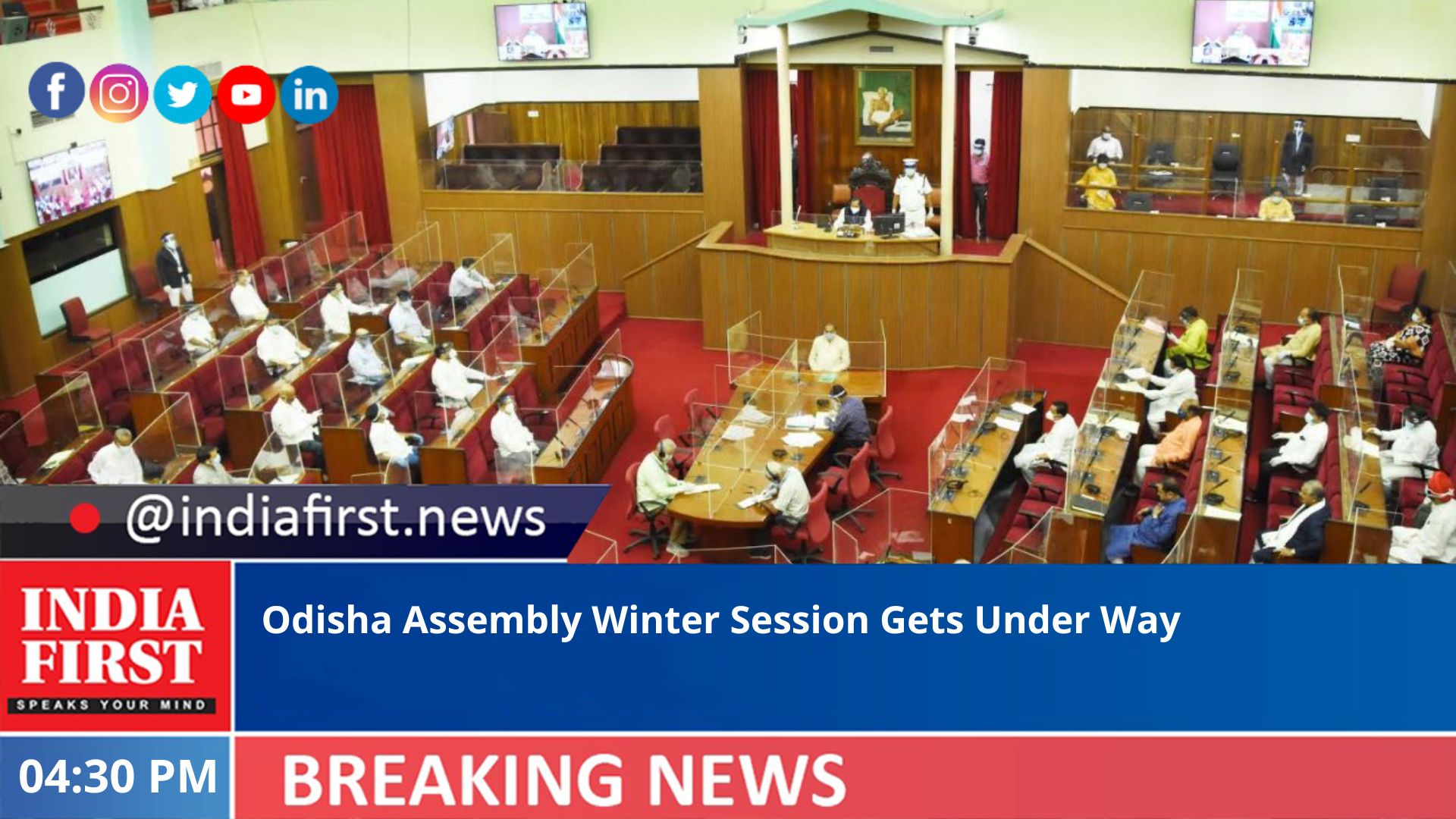 The winter session of the Odisha Legislative Assembly began on Thursday without any Covid-19 restrictions.

The session will continue till December 31.

As a mark of respect to the departed leaders, the House observed one minute silence. Following which, the Speaker adjourned the proceedings till 5 p.m.

Since the outbreak of the Covid-19 pandemic till the last session, the Assembly functioned under Covid-19 restrictions. The MLAs were attending the proceedings from different galleries of the House, district headquarters and the state secretariat. Most of the time, Patnaik was attending the House virtually.

In this session, the members are seated on their respective chairs. However, the Speaker has allowed Chief Minister Minister Prafulla Mallick and MLA Prafulla Samal to attend the House proceedings virtually on their health grounds. Today, the chief minister physically remained present in the Assembly.

The House witnessed a thin attendance on the first day of the session as about half of the ruling BJD members remained absent. Sources said many of the ruling party members are busy in the Padampur by-election, which is scheduled to be held on December 5.

As per schedule, the supplementary budget for the financial year 2022-23 will be presented before the House in the second-half of the session.