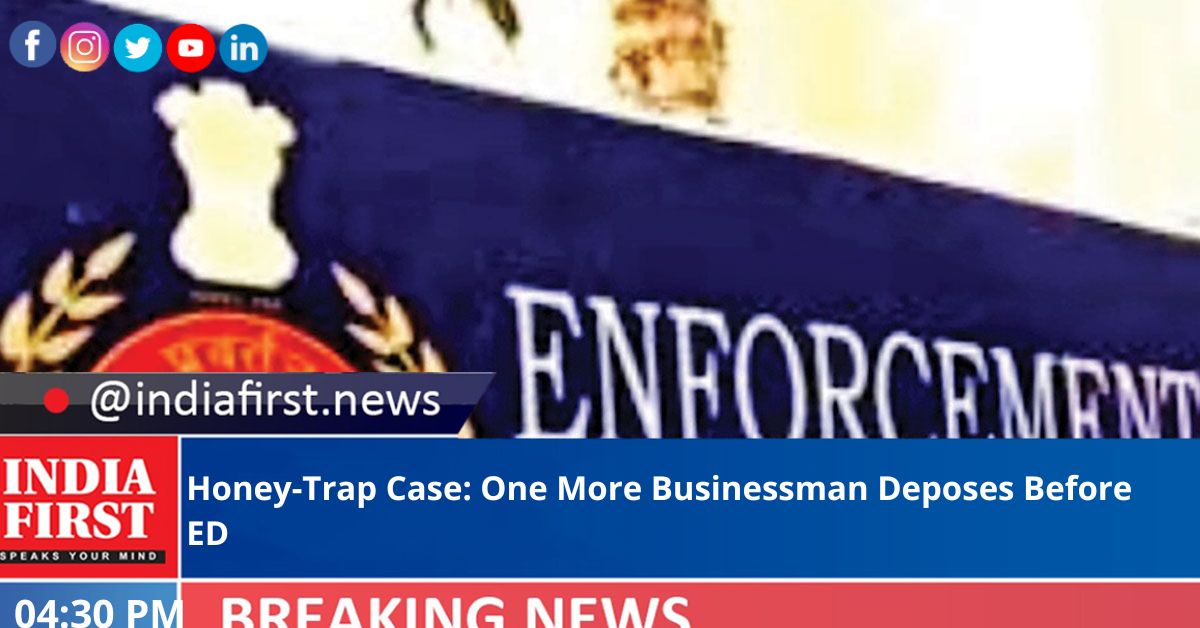 Businessman Gangadhar Samal on Thursday appeared before the Enforcement Directorate (ED) in connection with the money laundering case against lady blackmailer Archana Nag.

More than 20 leaders from the ruling BJD and opposition BJP, besides prominent businessmen, film producers and real-estate tycoons were reportedly honey-trapped by Archana Nag, who had allegedly hired high-profile call girls to please wealthy customers.

Gangadhar Samal is a car showroom owner and also the brother of BJD MLA from Dhenkanal, Sudhir Kumar Samal.

Gangadhar entered the ED office here on Thursday morning and did not come out till the time of filing of this report. It is being alleged that the businessman gave around Rs 30 lakh to Archana. The ED is quizzing him to know the reason behind the transaction and source of the money, sources said.

The matter came to lime light after a girl filed complaint against Akshaya Parija, accusing him of sexually exploiting her. Following the lodhing of the complaint, some purported pictures of Parija with a girl went viral on social media.

A day later, the film producer lodged a complaint before Nayapalli police station alleging that Archana and another woman, Shradhanjali Behera, had made extortion demands of Rs 3 crore from him.

Meanwhile, the 13-day ED remand of Archana’s business partner Khageswar Patra ended on Thursday. Though the ED appealed for another two-day remand of Patra, a local court rejected it. Now Patra has been sent to judicial custody.

The Enforcement Directorate is now planning to take Archana and her husband Jagabandhu on remand. For this, the central agency has filed a petition before the district court here for producing the couple in the court.

Meanwhile, the BJP and the Congress raised this issue in the state Assembly on Thursday evening and demanded resignation of Chief Minister Naveen Patnaik for remaining silent on the matter.