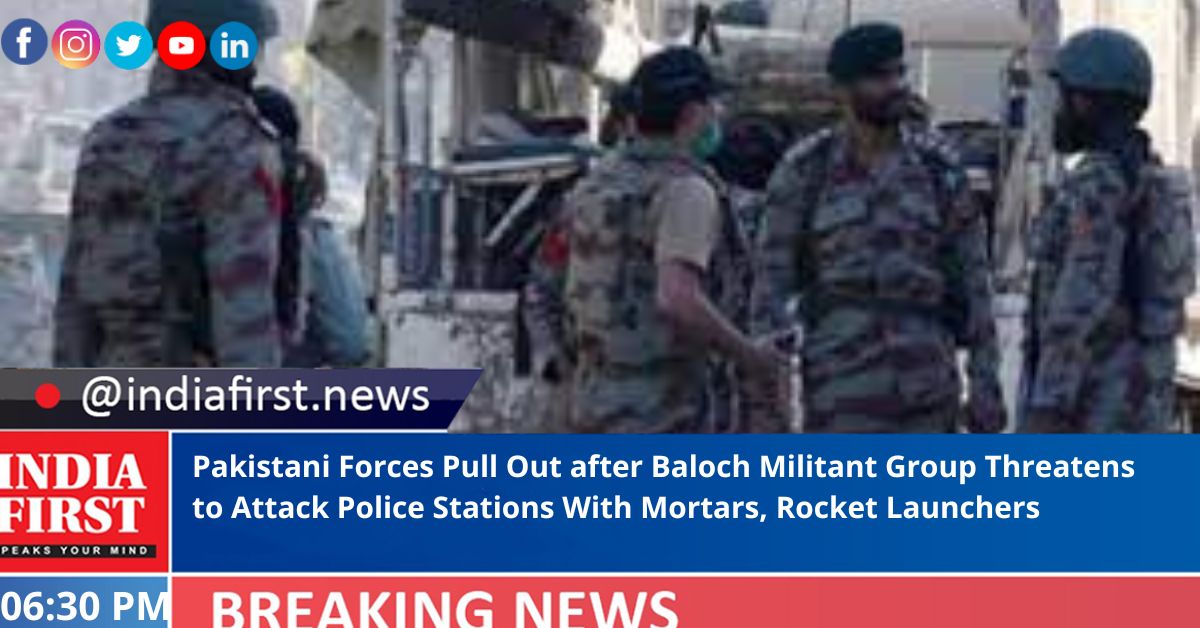 Several gangs of hardened criminals united on Friday under the umbrella of a banned militant group in Pakistan and threatened to attack six police stations in Rojhan tehsil of Rajanpur district of Pakistan’s Punjab province, local media reported.

This is a couple of days after a most-wanted criminal was killed in a police operation, and the police high-ups started preparing a strategy to offer a befitting response, Dawn reported.

In fierce clashes late on Wednesday, the criminals had fired rocket launchers, mortars and other weapons at the poorly equipped police force for more than five hours.

Dera Ghazi Khan Regional Police Officer (RPO) Khurram Ali Shah told Dawn that a heavy exchange of fire ended up in the killing of proclaimed offender and ringleader of a notorious gang, Khuda Bukhsh Lound, who also had a head money of Rs1.8 million against him.

At least 12 others, including five policemen, were injured in the fighting and the heavily armed criminals left several bullet-proof vehicles riddled with bullets.

The five cops, including a ‘gunner’ of an armoured personnel carrier (APC), were trapped inside the two-decade-old APC after its rusty tyres burst during the operation and a group of criminals attacked the vehicle with lethal weapons, the official said, Dawn reported.

Following an emergency call, additional police force had reached the spot and another round of clashes ensued. Police, however, forced the attackers to retreat and managed to rescue the “trapped” colleagues amid fierce resistance.

Another most-wanted criminal, identified as Gora Umrani, had received five bullet injuries and six of his accomplices were also injured. The assailants took away their injured associates and disappeared in the tall bushes and forests.

The official said over 1,000 police personnel were participating in the large-scale operation launched in the troubled and relatively inaccessible areas of Rajanpur and Rahim Yar Khan districts of south Punjab, which shared boundaries with Sindh and Balochistan, Dawn reported.

Through a social media account that could not be independently verified, the BLA announced they would all avenge the killing of Khuda Bukhsh whom they declared a “martyr”. The statement further added that a member of the BLA, Gora Umrani, had been injured critically in the fight on “our homeland”, Dawn reported.

Moreover, in wake of serious threats by the Baloch militant group, the Punjab province police have withdrawn the force from six police stations of Rajanpur. The militants had announced to target these police stations and pickets with rocket launchers and mortars from their hideouts, Dawn reported.

About Wednesday’s clashes, the south Punjab province police’s initial report sent to the government said the Rojhan police had received information that criminals Khuda Bukhsh Lound, Mujeeb Lound, Abdul Wahab Lound, Ameen and Shahid Lound along with 26 other hardened criminals had gathered at the residence of Gora Umrani.

“All the criminals were equipped with heavy weapons, including SMGs, G3s, LMGs, and planned to attack the Bahar Machi police picket,” stated the report.

The area where the picket was located was Mouza Khairpur Bambli in the southwest of Rojhan with an approximate population of around 7,000 people largely belonging to two castes of Mazari tribe. Due to its peculiar topography, the area had a significant strategic importance, the report added.

Following the volatile security situation in Rojhan, nearly 200 Punjab province police personnel, including Elite commandos, had advanced towards the tehsil and launched the operation.

Reportedly, the situation in Rojhan was highly tense as the groups were moving ahead to hit their targets. The south Punjab police have also put their heads together to devise new strategies to fight back.