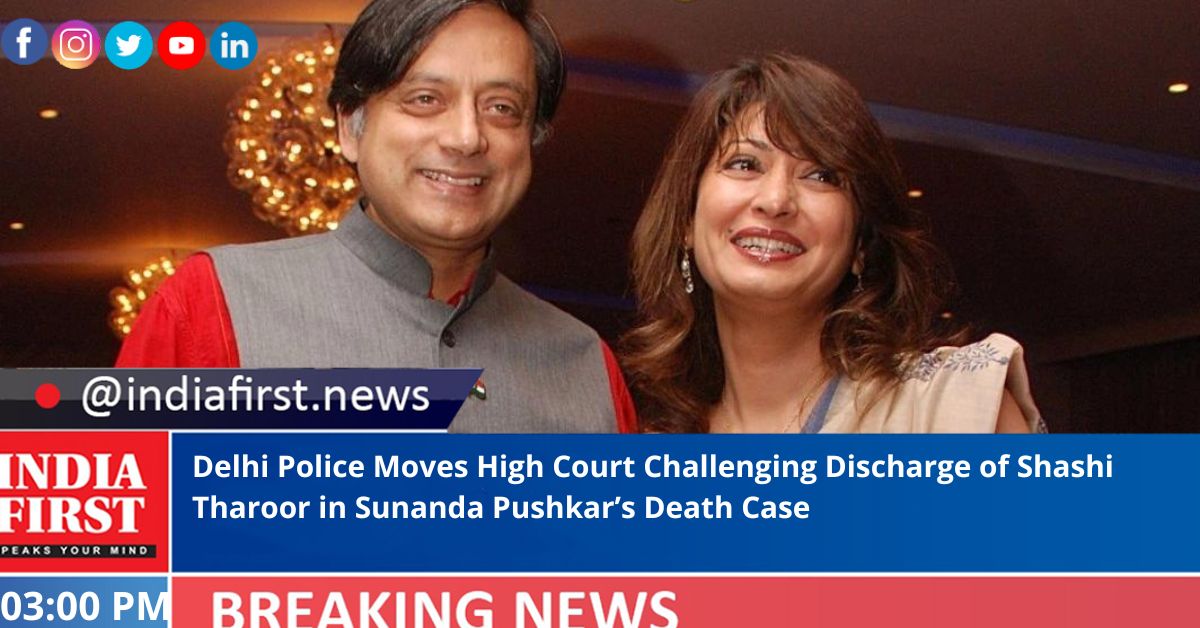 The Delhi Police on Thursday moved the High Court against the discharge of Congress MP Shashi Tharoor by a trial court in his wife Sunanda Pushkar’s death case.

The Delhi Police had filed a charge sheet against Tharoor for offences under IPC sections 498A (husband or his relative subjecting a woman to cruelty) and 306 (abetment to suicide). The Patiala House Court on August 18, 2021, had discharged him.

Speaking for Tharoor, Senior Advocate Vikas Pahwa objected that even though the trial court’s order was passed in August 2021, there is a 15-month delay in filing the review plea. He added that a copy of the plea had also not been served to his client.

As Pahwa submitted various orders passed by the session judge and other trial court judges during the course of the trial, he asserted that no documents of the case should be shared with anyone else other than the parties.

Having said that, the High Court questioned, “But how can this be done? these are public documents.

On January 17, 2014, Pushkar was found dead in a suite at a luxury hotel in Delhi. A year later, the Delhi Police initially registered an FIR against unknown persons on charges of murder. The Police asked a Delhi court to prosecute Tharoor for abetment to suicide or “alternatively” frame murder charges against him on August 31, 2019.

The trial court had discharged Tharoor of the charges as it observed that there was no prima facie willful conduct on his part that was likely to drive Pushkar to commit suicide. Since there was no sufficient material, it was observed that the defendant isn’t required to go through the trouble of a criminal trial. Moreover, none of the reports submitted by Doctors and the Autopsy Board confirmed the cause of death as suicide, the special judge had observed.

Following the judgment, Tharoor told the court that all these years were absolute torture. He later released a statement saying that his faith in the judiciary had been “vindicated” and his “long nightmare” was over.