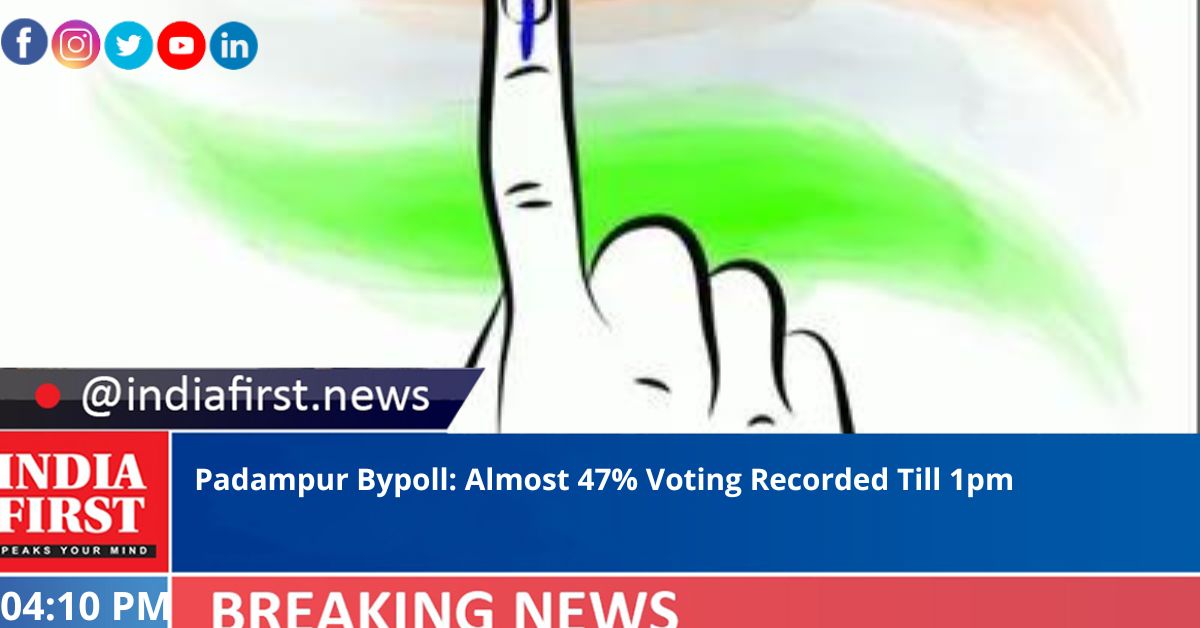 The by-election to the Padampur Assembly constituency in Odisha’s Bargarh district recorded a 46.96 per cent voter turnout till 1 p.m., office of the state’s Chief Electoral Officer informed on Monday.

Voting in the Assembly segment has been underway since 7 a.m. at 319 polling stations under tight security.

Over 2.57 lakh voters, including 12 from the transgender community, are eligible to exercise their franchise till 4 p.m.

The voting time was reduced because of shorter winter days and a part of the area is affected by left-wing extremism, the officials said.

As there were some technical glitches in the EVMs at seven booths, the machines have been replaced, he said.

Seventy-nine polling booths are identified as ‘critical’. Webcasting of the polling process has been planned in 120 booths, while 66 would be under CCTV surveillance. There are 15 model booths and six pink ones, which have women security personnel and polling officials, Lohani said.

Pick-up and drop arrangements have been made for voters with physical disabilities, the CEO said.

There are 10 candidates in the fray for the bypoll.

The ruling BJD has fielded Barsha Singh Bariha, the daughter of Bijay Ranjan Singh Bariha whose death necessitated the by-election.

Both the BJP and BJD have a stronghold in the Assembly segment and left no stone unturned to win the crucial bypoll, which is likely to have an impact in the 2024 general election.