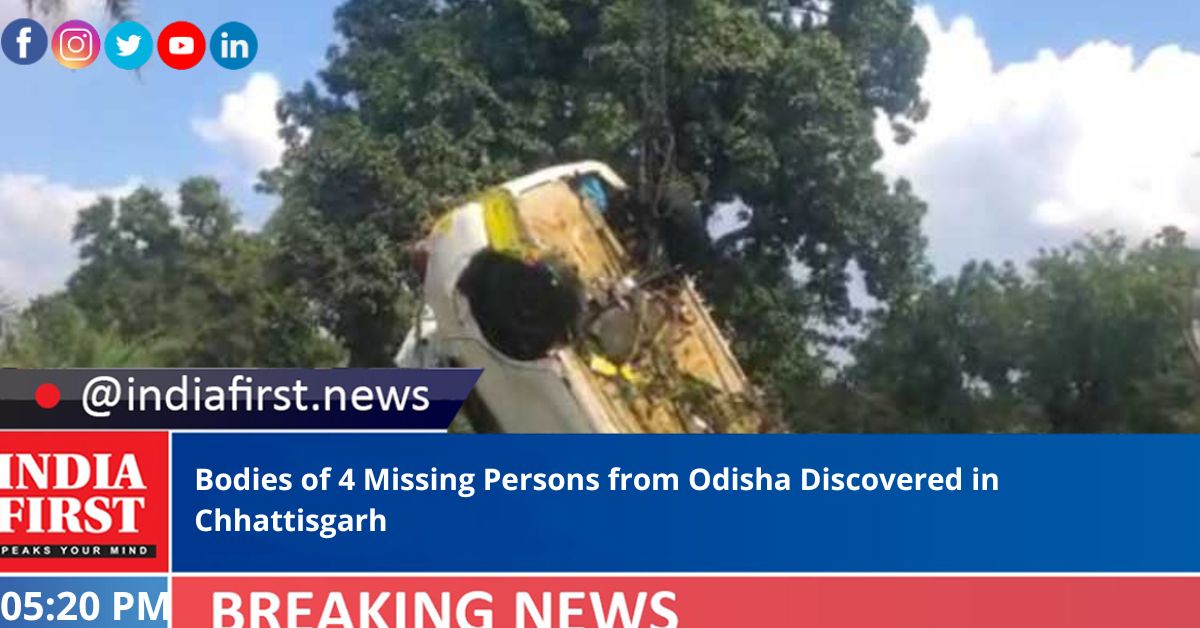 The bodies of four persons from Odisha’s Nabarangpur district, who were missing in Chhattisgarh since December 10, were found at a well alongside Kanker-Kondagaon highway in Chhattisgarh on Monday, police said.

The bodies of all four persons were found in the car in which they were travelling. The ill-fated car along with the dead bodies were recovered from the open well by local police, said Umerkote Inspector in-charge Deepak Kumar Jena.

The deceased have been identified as Sapan Sarkar, his wife Rita, brother-in-law Biswajit and his neighbour Hajari Dhali. All were residents of Umerkote in Odisha’s Nabarangpur district.

“A complaint was filed by their relatives that the four persons left Kanker at around 10.30 p.m. on December 10 night, but they did not reach their destination. During investigation, we found marks of a vehicle towards the well. Now, we have recovered the dead bodies and car from the well,” said Sarat Dube, Inspector in-charge, Kanker.

Though it was suspected that the deceased had met with an accident, the exact reason behind the death is yet to be ascertained, the police said.

As per reports, the four persons had gone to Kanker in a car to attend a wedding ceremony last Saturday. On their way home, they had decided to stay at Biswajit’s native place at Kondagaon in Chhattisgarh.

However, they did not reach the destination till the next morning and all of their mobile phones remained switched-off.

The police traced their car from the roadside open well and recovered the car in which the bodies were found.