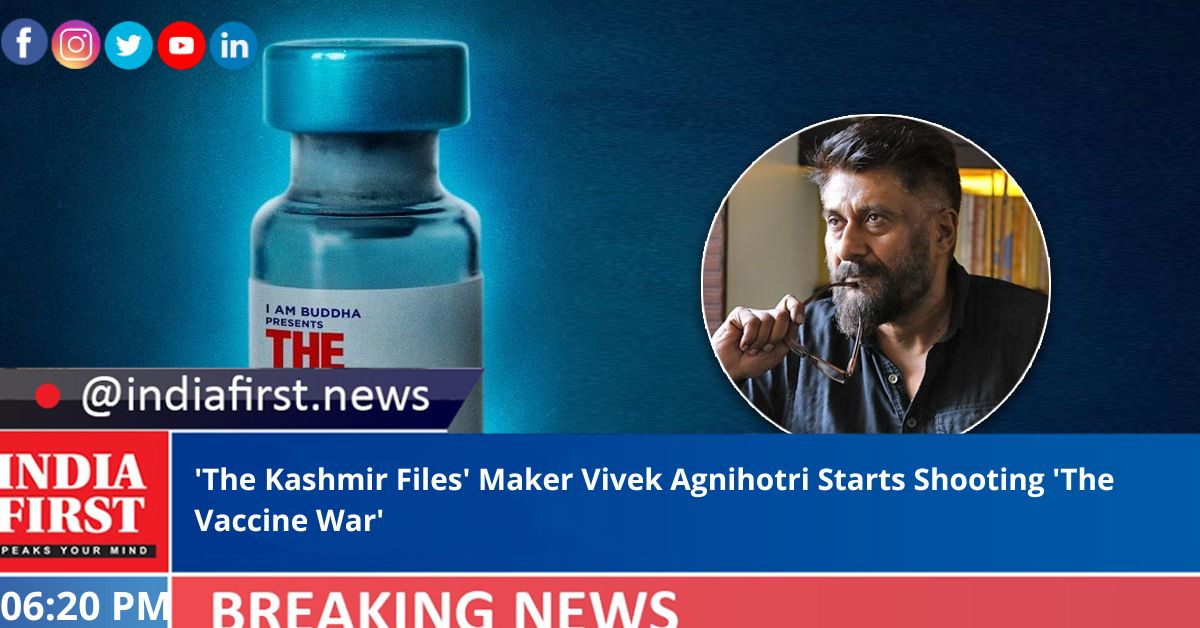 Director Vivek Ranjan Agnihotri, who tasted massive success with his ‘The Kashmir Files’ this year, has started shooting for his next project titled ‘The Vaccine War’ in Lucknow. The director took to his social media on Wednesday to share the update with his followers.

He shared a picture of the script of the film with a clap from the mahurat shot on his social media. He wrote in the caption, “GM. We live for new things. New happiness. New laughters. New challenges. Yet, we feel comfortable in the old & established and stick to it. This contradiction gives suffering. Fastest and surest way to find happiness: Jump into uncertainty. The unknown. #CreativeConsciousness (sic)”.

A few days back, Vivek had shared a glimpse of the research work of the film.

‘The Vaccine War’ pays tribute to the endless support and dedication of the medical fraternity and scientists during the uncertain times of the Covid-19 pandemic.

The director has shared earlier that it took around one year to research the subject and present the correct facts to the audience. The story of the film is written on 3200 pages and 82 people worked on the story day and night. For conducting efficient research, the team met the real scientist and people who developed the vaccine.

The film, produced by Pallavi Joshi, is set to release on August 15, 2023, in more than 10 languages including Hindi, English, Telugu, Tamil, Malayalam, Kannada, Bhojpuri, Punjabi, Gujarati, Marathi, and Bengali.