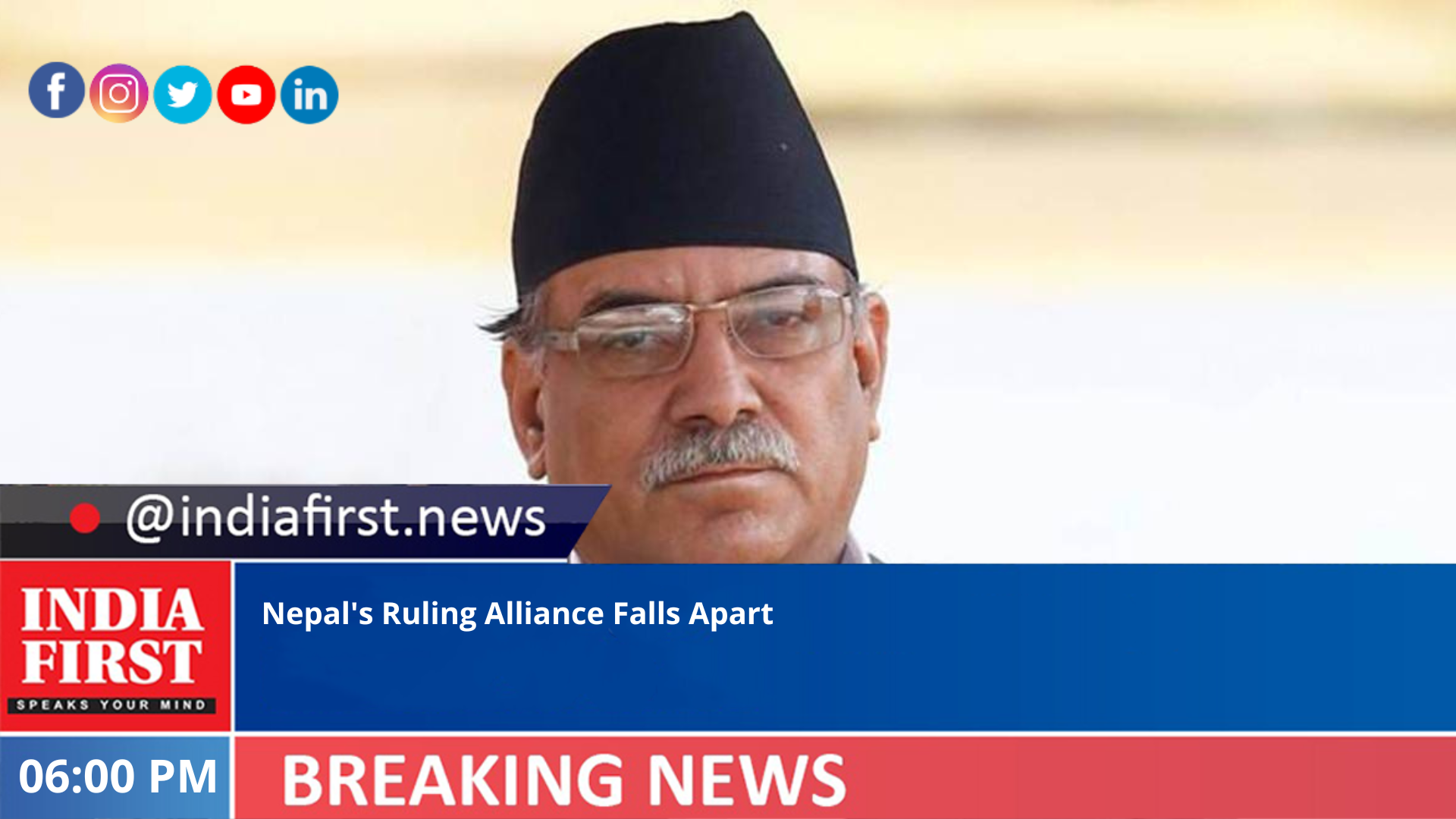 In a dramatic turnaround, Nepal’s ruling coalition broke down after Nepali Congress and CPN (Maoist Center) failed to reach a power sharing agreement on who will be the prime minister in the first phase.

Nepali Congress President Sher Bahadur Deuba who is also the incumbent prime minister and chairman of the CPN (Maoist Center) Pushpa Kamal Dahal ‘Prachanda’ were the frontrunners for the post of prime minister.

After Nepali Congress refused to accept Prachanda as prime minister, Prachanda announced the breaking down of the alliance and reached to meet KP Sharma Oli, the chairman of the CPN-UML. Oli later hosted Prachanda at his residence.

We tried to save the alliance but we couldn’t, senior Nepali Congress leader Ram Chandra Poudel said following the failure of talks between Deuba and Prachanda, we are left with empty hands now. If Prachanda becomes the prime minister, Nepali Congress is unlikely to get any major posts like President, Vice President, Speaker, Deputy Speaker and provincial governments in all seven provinces.

Not only UML and Maoist Center are coming together, other small political parties like Rastriya Swatantra Party, Rastriya Prajatantra Party, Janamat Party, Janata Samajdai Party will extend support to Prachanda-led government. As of now, four political parties have supported Prachanda’s bid. If UML agrees to support Prachanda as next prime minister, probably they will stake claim for the government formation by Sunday evening.