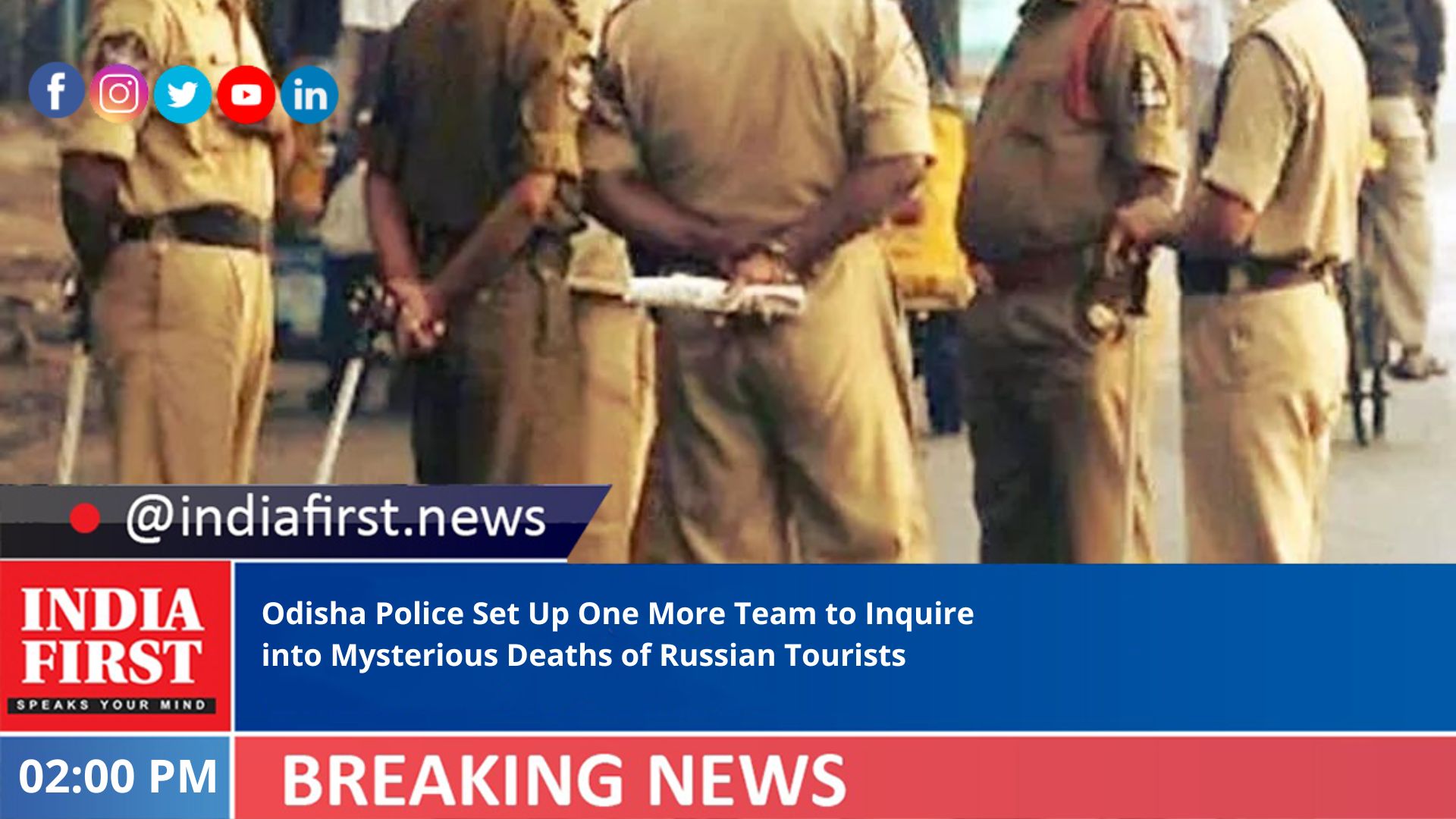 The Crime Branch of Odisha Police has formed another team and sent it to Rayagada for further investigation into the mysterious deaths of Russian sausage tycoon Pavel Antov, and his friend Vladimir Bidenov at a hotel there.

The new team led by DSP Saroj Kant Mahanto is entrusted with the task of visiting the spot, examining the witnesses and identifying and collecting evidence from the spot and the local police and taking follow-up action, the Crime Branch said in a statement.

The Crime Branch formed the team amid questions being raised over the sudden deaths of two Russian nationals, including Antov, who was reportedly a strong critic of Russian President Vladimir Putin, within a gap of two days in the same one hotel.

The Odisha police reportedly cremated the bodies of the two Russians instead of burying them. Surprisingly, the viscera samples of Antov was not preserved. This action of Odisha police has raised many eyebrows.

Speaking to the media, Rayagada chief district medical officer (CDMO) Lalmohan Routray said the viscera samples of Bidenov has been preserved for testing, while those of Antov was not kept.

Viscera includes samples of liver, heart, spleen, lung and kidney that are sent for forensic test when an autopsy fails to show a clear cause of death.

The doctors who conducted the post-mortem may have felt it unnecessary to preserve the viscera samples of Antov, as they were probably confirmed about the cause of death, Routray said.

It was stated that the bodies of Antov and Bidenov were cremated after receiving approval from their family members through the Russian authorities in India. However, the Odisha police are yet to make any official statement on this.

Former Odisha DGP Sanjeev Marik sees negligence on the part of the Odisha police over the cremation of the Russian duo.

“Usually, Russians are orthodox Christians. So, if no one claims their bodies, the police should have conducted the final rites as per their rituals,” Marik said.

Odisha DGP Sunil Bansal denied to make any comment before the media, citing that the Crime Branch (CB) investigation is going on.

The Crime Branch in its statement further said that it has elicited some information about the family members of the deceased persons and it is in the process of contacting them so as to cross-check the veracity of information collected during the examination of Panasenko Natalia and Turov Mikhail, who were also travelling along with Antov and Bidenov.

The Crime Branch team is continuing with the examination of the two Russian nationals — Natalia and Mikhail — and trying to ascertain the exact sequence of events that took place. Both the Russian tourists are fully cooperating with the inquiry, it said.

The Crime Branch has also quizzed interpreter Jitendra Singh and tried to ascertain the veracity of the chain of events and crosscheck them with the information collected from the Russian nationals.

The police also collected copies of documents regarding their travel in India. The travel itinerary of the Russian tourists, their booking at different hotels, airlines and travel details are being verified.

The Odisha police are now making efforts to collect medical records for the deceased persons.

Meanwhile, two officials from the Intelligence Bureau have reached Rayagada and are collecting information about the incident.

Notably, Bidenov was found lying unconscious in his hotel room on December 22. When he was taken to Rayagada hospital, the doctor declared him dead.

Following the approval of Russian authorities in India, the body of Bidenov was cremated in Rayagada on December 24.

Antov, stated to be a member of the legislative assembly of Vladimir Putin regime, was found dead at an under construction site in the same hotel on December 24. Antov’s body was cremated on December 26.

Police are yet to ascertain whether Antov accidentally fell off the terrace of the hotel, or committed suicide, or there was any unseen force behind the two deaths.