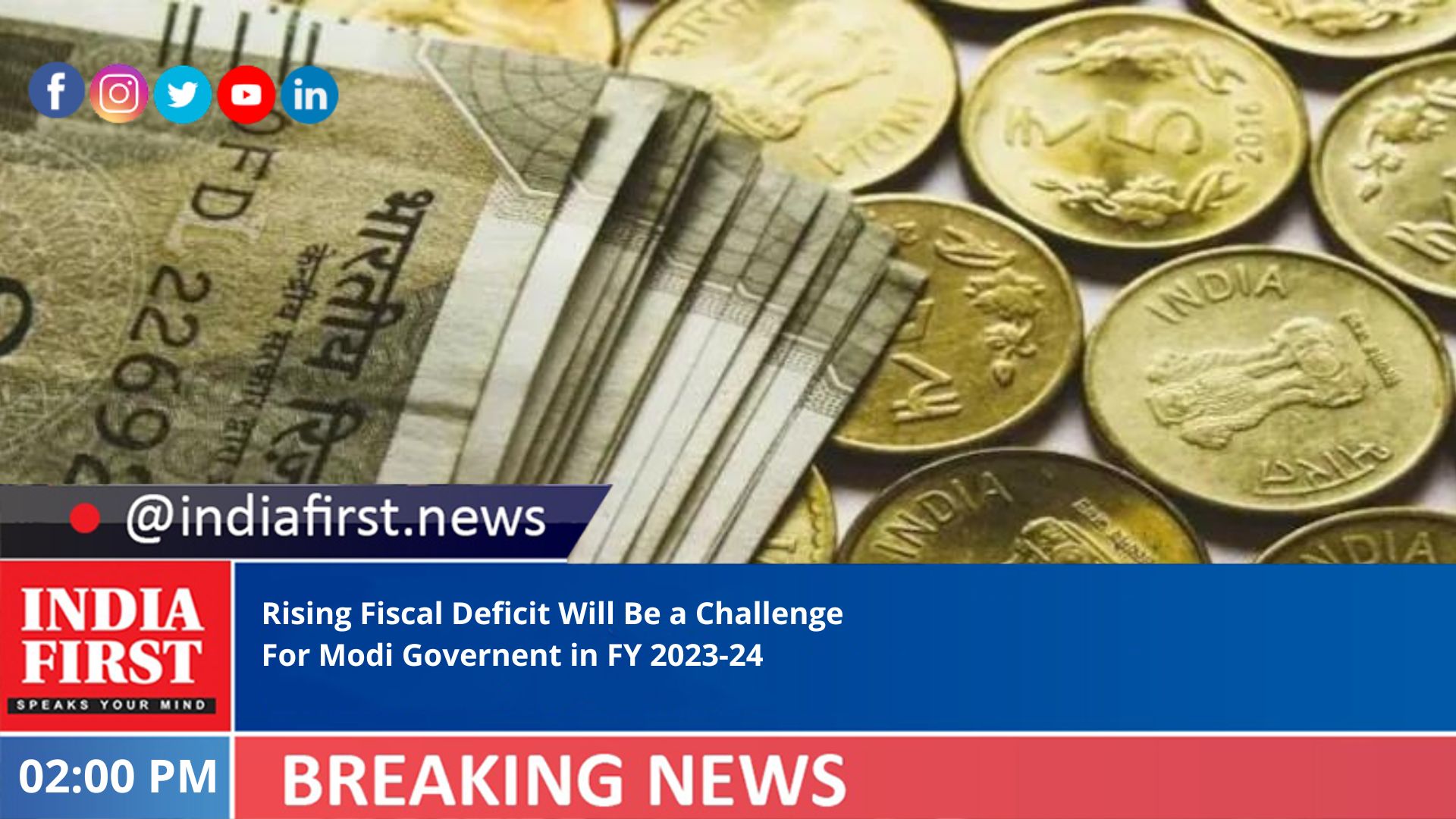 With the next financial year (2023-24) just a quarter away, India will need to do a tight ropewalk to check its burgeoning fiscal deficit and current account deficit.

Fiscal deficit till October in the current financial year had touched Rs 7.58 lakh crore, or 45.6 per cent of annual estimates, as per the official data. During the corresponding period of last year, it was 36.3 per cent of the budget estimates of 2021-22.

A fiscal deficit is a difference between the state’s revenue and spending. It shows the shortfall in revenue.

With continuous rise in India’s fiscal deficit, economists are of the view that if the fiscal deficit continues to widen in 2023-24, it will further push interest rates up, which will hurt the private sector and put pressure on the government’s ability to invest in infrastructure.

They say that India’s current account deficit will also need huge foreign investments in the coming days to compensate for the shortfall in domestic savings.

However, with India’s current account deficit also surging to an all-time high of $36.4 billion in the July-September period of 2022-23, it may diminish India’s appeal as a global investment destination and also push capital costs, they added.

However, the target seems to be an ambitious one, looking at the current economic scenario prevailing in the country as well as the latest figures.

According to a report by SBI’s research team, India’s fiscal deficit in the current fiscal is expected to be in the range of 6.5 per cent, as against the budget estimate of 6.4 per cent.

Fiscal deficit for the first quarter of the current financial year reached 21.2 per cent of the annual target, compared to 18.2 per cent in the corresponding period of last year, the SBI report said.

Tax revenue has been robust with record high GST revenues which have been possible because of increased compliance and higher economic activity.

In the past few fiscals too, the picture has not been exactly rosy, if one goes by RBI’s figures.

The data released in RBI’s Handbook of Statistics on the Indian states showed that except Arunachal Pradesh, Haryana, Sikkim and Odisha, all the states saw a higher fiscal deficit in 2020-21 as compared to 2019-20.

Amid a tough fiscal scenario, keeping fiscal deficit and current account deficit in check would be no cakewalk for the government in the new year.