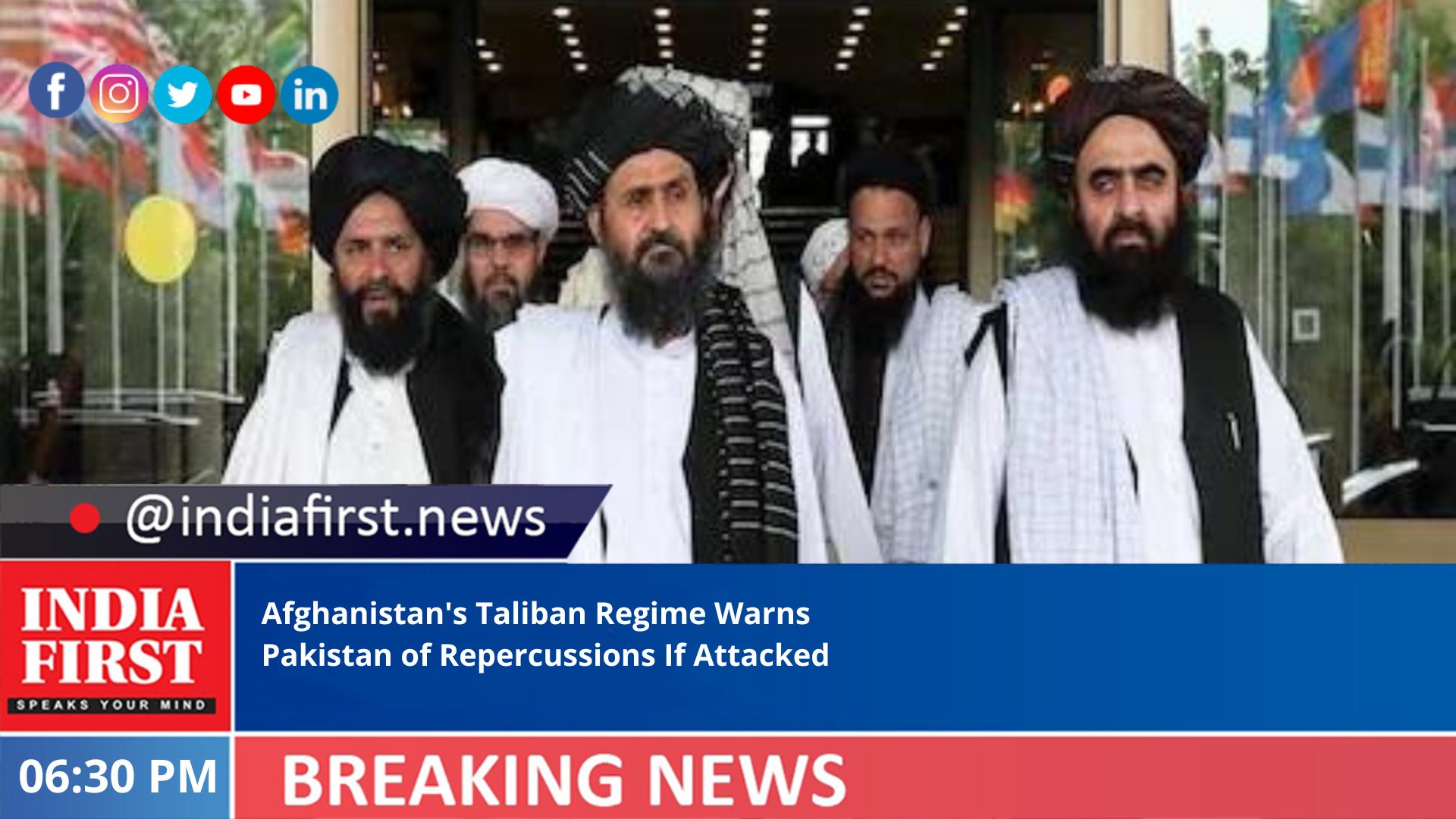 Responding to Pakistan Interior Minister Rana Sanaullah’s statement about the possibilities of a military operation to target the Tehreek-e-Taliban Pakistn (TTP) hideouts inside Afghanistan, the Taliban government in Kabul said that it would not allow anyone to attack the Islamic Emirate and give a befitting response if any such misadventure is considered by Islamabad.

The Taliban has advised Pakistan to refrain from such statements and instead share its concerns with Kabul.

In a statement, the Defence Ministry in Kabul said that “claims by Pakistan’s Interior Minister that there are hideouts of TTP inside Afghanistan are false and provocative”.

“In the past, such provocative statements and claims have damaged the relationship between the two countries. We call on Pakistan to share its concerns with the Islamic Emirates of Afghanistan (IEA) and resolve the matter through dialogue,” read the statement issued by the IEA’s interim Defence Minister Mullah Yaqoub.

“Afghanistan is not ownerless or without any heirs and like always, is ready to defend its country and the territorial security and its freedom”

“Any attempt of aggression perpetrated towards Afghanistan will be responded to befittingly. We are well prepared to respond to any offensive,” the statement added.

The Minister, in an interview with a Pakistani news channel, had said Islamabad may target the TTP in Afghanistan if Kabul does not take action to dismantle them.

“When these problems arise, we first ask Afghanistan, our Islamic brother nation, to eliminate these hideouts and handover these individuals to us, but if that doesn’t happen, what you mentioned is possible,” Sanaullah had said.

The statement of Afghanistan is also important because it also comes at a time when Pakistan’s top civil and military brass are joining heads for the second round of the all important National Security Committee (NSC) meeting on Monday, where final approvals for a fresh military offensive will be undertaken to tackle the fast spreading wave of terror.

Pakistan has witnessed a sharp rise in terrorism incidents, especially in Khyber Pakhtunkhwa and Balochistan provinces as well as the border areas of the two nations, during the past couple of months after the TTP announced to end ceasefire with Pakistan.

Terror groups including the TTP, IS-K, IS and the Balochistan Liberation Army (BLA) have claimed these attacks.

Pakistan alleges that terror elements operating inside its territory are getting facilitations and support from inside Afghanistan and using the porous border to carry out attacks and for terrorist infiltration into the countryn.

Also responding to Sanaullah’s remark, Taliban spokesperson Zabiullah Mujahid said they would not allow anyone to attack Afghanistan.

The spokesperson stated that Afghanistan wants to have good relations with Pakistan and that its officials should use caution when speaking.

“No country has the right to attack another nation’s territory. There is no legislation in the world that permits such a transgression. If anyone has any worries, they should share them with the Islamic Emirate since it has sufficient forces and can take action,” Mujahid added.

According to the statistics released by an Islamabad-based independent think tank, Pakistan Institute for Conflict and Security Studies (PICSS), the number of militant attacks increased by 44 per cent in December 2022 compared to the previous month.

In December, the militants carried out 49 attacks in which 56 people were killed including 32 security forces personnel and 17 civilians.

In these attacks, 81 people also got injured including 31 security forces personnel and 50 civilians.

The report added that December saw the highest number of militant attacks in a single month in 2022.