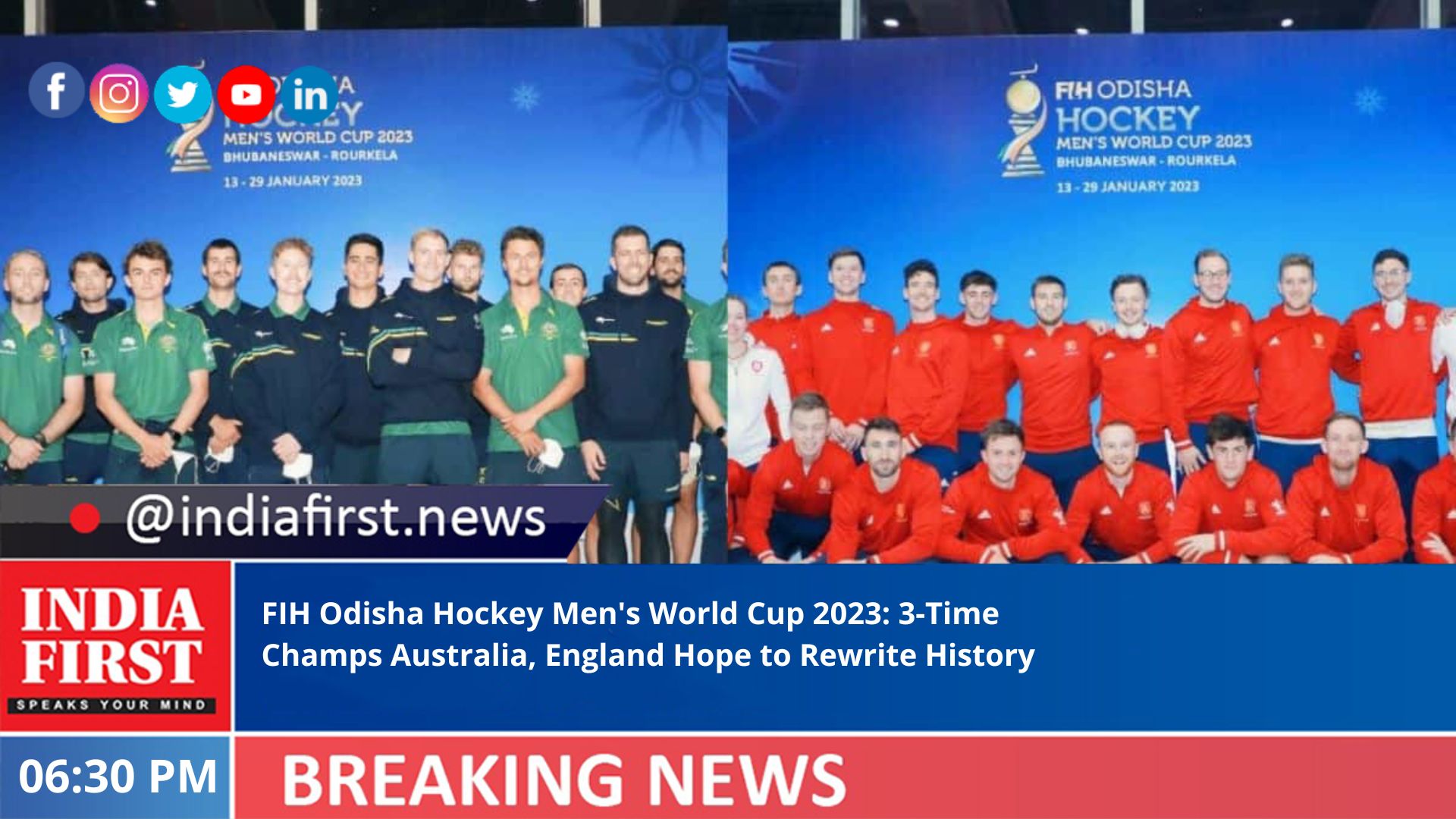 Three-time champions Australian and the England team arrived in Odisha for the FIH Odisha Hockey Men’s World Cup 2023, and were afforded a warm welcome at the Biju Patnaik International Airport in Bhubaneswar.

While Australia are eyeing a fourth title, England’s best finish has been a Silver medal in 1986, when they hosted the tournament.

England have Paul Revington as their Head Coach, and will be hoping to improve on their record at the FIH Odisha World Cup 2023.

“The team is in the right frame of mind ahead of the big tournament as everyone is excited to play in India. It’s always a fantastic opportunity to take part in the World Cup. The team has been in good form over the last one year and we will look to repeat the same good performance in the tournament,” said Revington.

On the other hand, Australia, who are also known as the Kookaburras, are in Pool A along with Argentina, France and South Africa, and will kick start their tournament in Bhubaneswar on January 13 against France, before playing Argentina on January 16, at the Kalinga Stadium.

Australia’s captain Eddie Ockenden is confident of a good showing in the tournament. He stated, “Our players are really excited to be here and we have big ambitions in the tournament. We want to do well and have confidence that we will be able to win the FIH Odisha Hockey Men’s World Cup 2023 Bhubaneswar-Rourkela title. Our team has a lot of experience and it will be really crucial for us.”

Australia, who won back-to-back World Cup titles in 2010 (New Delhi) and 2014 (The Hague, Netherlands), had bagged their first title in 1986 (England) when they defeated England. They will complete their group stage fixtures on January 20th when they play South Africa in Rourkela.

Looking ahead to the tournament, Head Coach Colin Batch commented, “We have a really good team and our players are prolific goal scorers which is really important as it helps you to win matches. At the same time, our defence is also really good and we often manage to restrict the opposition’s scoring. So, our fundamentals are strong and that makes us a really good side.”

He added, “Our players are also excited to face India as they are a totally different side at home. They play good hockey at home and get extra motivation from the crowd. It will be tough to beat India if we play against them in the FIH Odisha Hockey Men’s World Cup 2023 Bhubaneswar-Rourkela.”