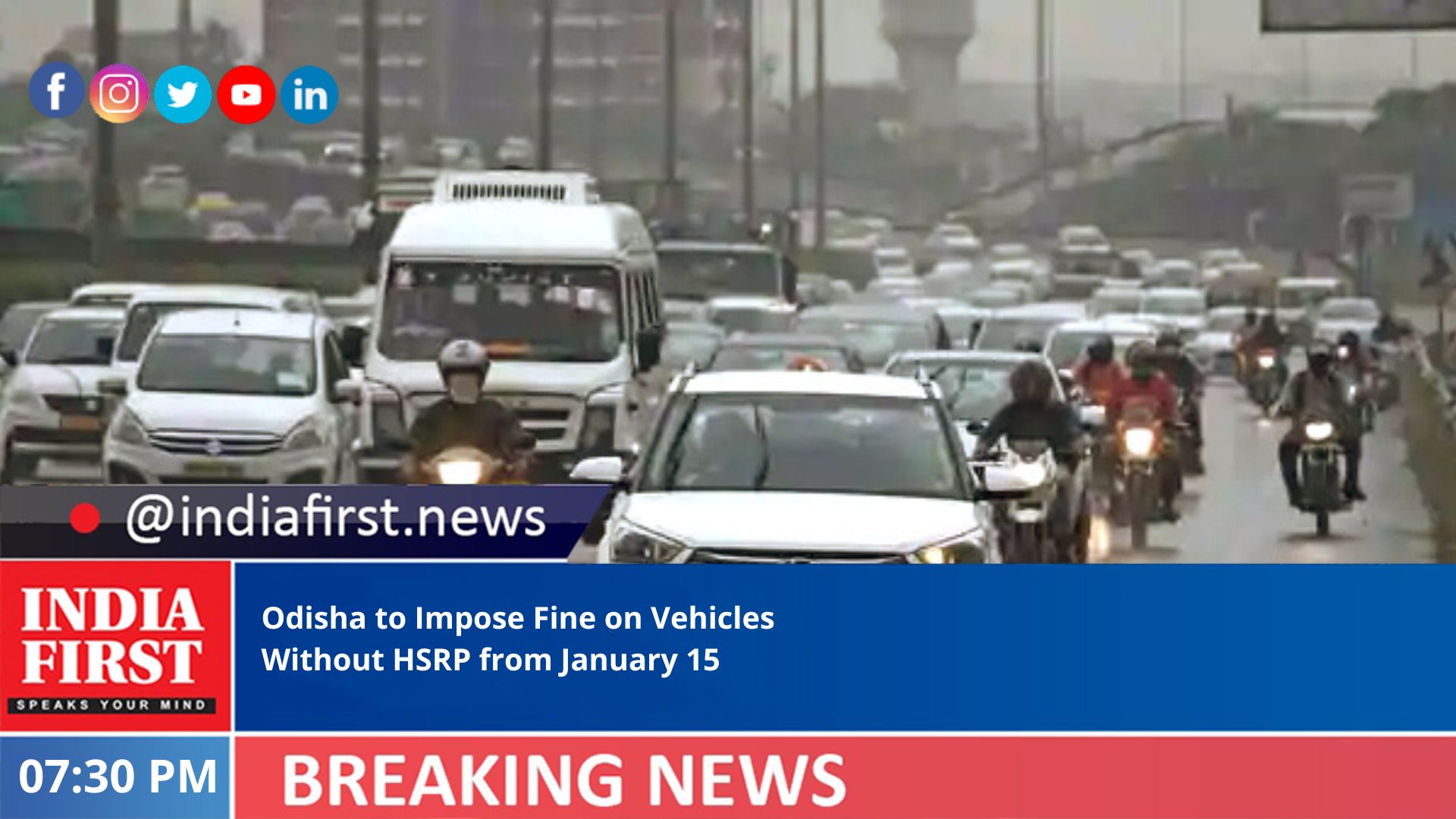 The deadline for affixation of HSRP on the old vehicles registered prior to April 1, 2019 carrying Odisha registration mark and registration numbers ending with 1, 2, 3, 4, 5, and 6 ended on December 31, 2022. Now, the law enforcing agencies will enforce the fitment on these vehicles from January 15, Additional Commissioner, Transport, Enforcement, L.M. Sethi, said.

So, challans will be issued in accordance with the last date given for various series of vehicles, said Sethi.

No e-challan will be issued and no fine will be collected or no penal action shall be taken against any vehicle owner for plying vehicles without HSRP till January 14, he said.

In case the vehicle is not affixed with HSRP within the scheduled date mentioned above, e-challan will be issued against the offending vehicle of a fine of Rs 5,000 or Rs 10,000 under Section 192 of the Motor Vehicles Act, 1988.

Urging vehicle owners to get the HSRP affixed to their vehicles without delay, Sethi said: “The vehicle owners who do not have access to the internet or do not have knowledge of technology can apply for HSRP through nearby Mo Seva Kendra or HSRP facilitation centres at RTOs as per their convenience.”

With regards to replacement of HSRP in case of damage, all the automobile manufacturers and authorised HSRP vendors of manufacturers have been intimated the Standard Operating Procedure for issue of duplicate or damaged HSRP which is available online for the benefit of vehicle owners.

In accordance with the directives of the Supreme Court and Ministry of Road Transport and Highways, the State Transport Department has made affixation of HSRPs mandatory since June 1, 2022 for all class of old vehicles which were registered prior to April 2019.